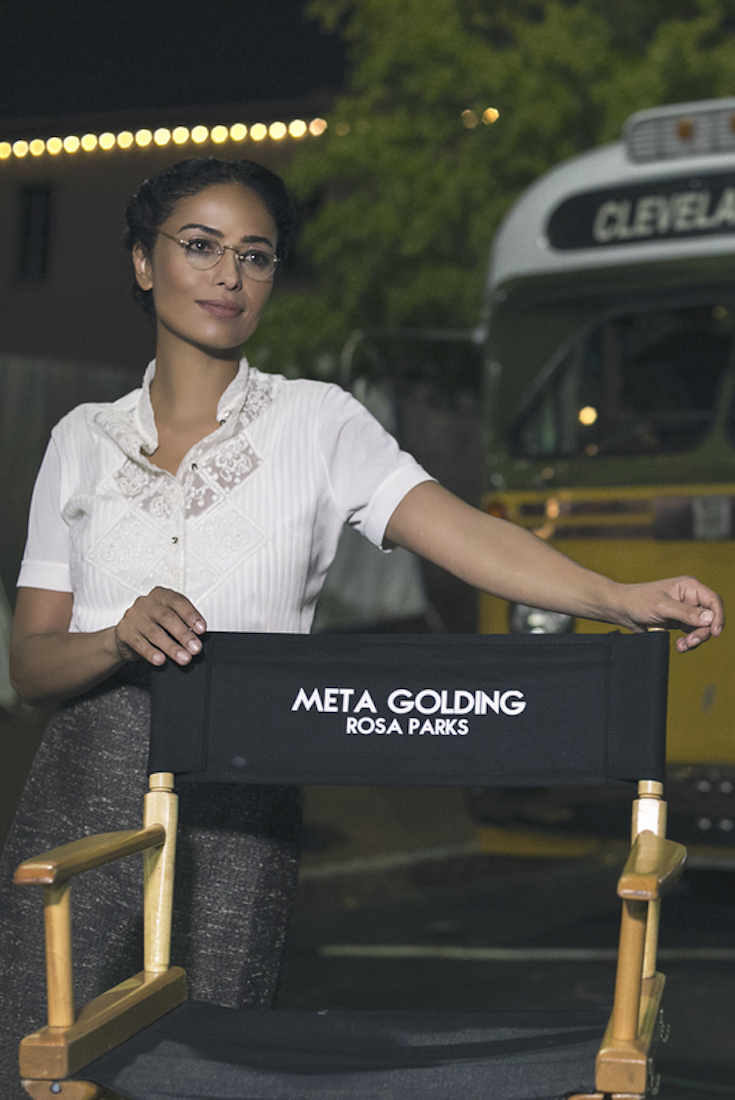 History tells us that Rosa Parks (1913-2005) refused to relinquish her bus seat to a white man in the segregated Alabama of 1955 because she was tired after a long day — but “Behind the Movement,” a new television movie airing on the TV One network on Sunday night, dispels that myth.

“This image of her as a very docile woman made people feel safer,” says Meta Golding, who stars as Parks, known as the first lady of civil rights. In reality, she was a seasoned activist.”

The film portrays the events surrounding the Montgomery Bus Boycott, which lasted from December 1955 to December 1956. Civil rights leaders used the image of Parks’ seemingly meek disposition as a way to convince the black community “to put their livelihoods and their lives on the line by joining the boycott,” says Golding, 46. “If we go back to the movement and look at what was underneath it, there was so much strategy and planning.”