In an Unsettled Life, Singing Opera Became Her Rock | The New York Times

Twice widowed with four children to raise, Mary B. Horn applied for a job with the Tulsa Police Department, although friends warned her she was too old at age 42.

In 1939, Horn became Tulsa’s first black policewoman. And, despite the naysayers, she proved to be a crack shot with a pistol.

“I hadn’t shot a gun once in my life but I wasn’t afraid to try,” she told a Tulsa Tribune reporter in 1985. 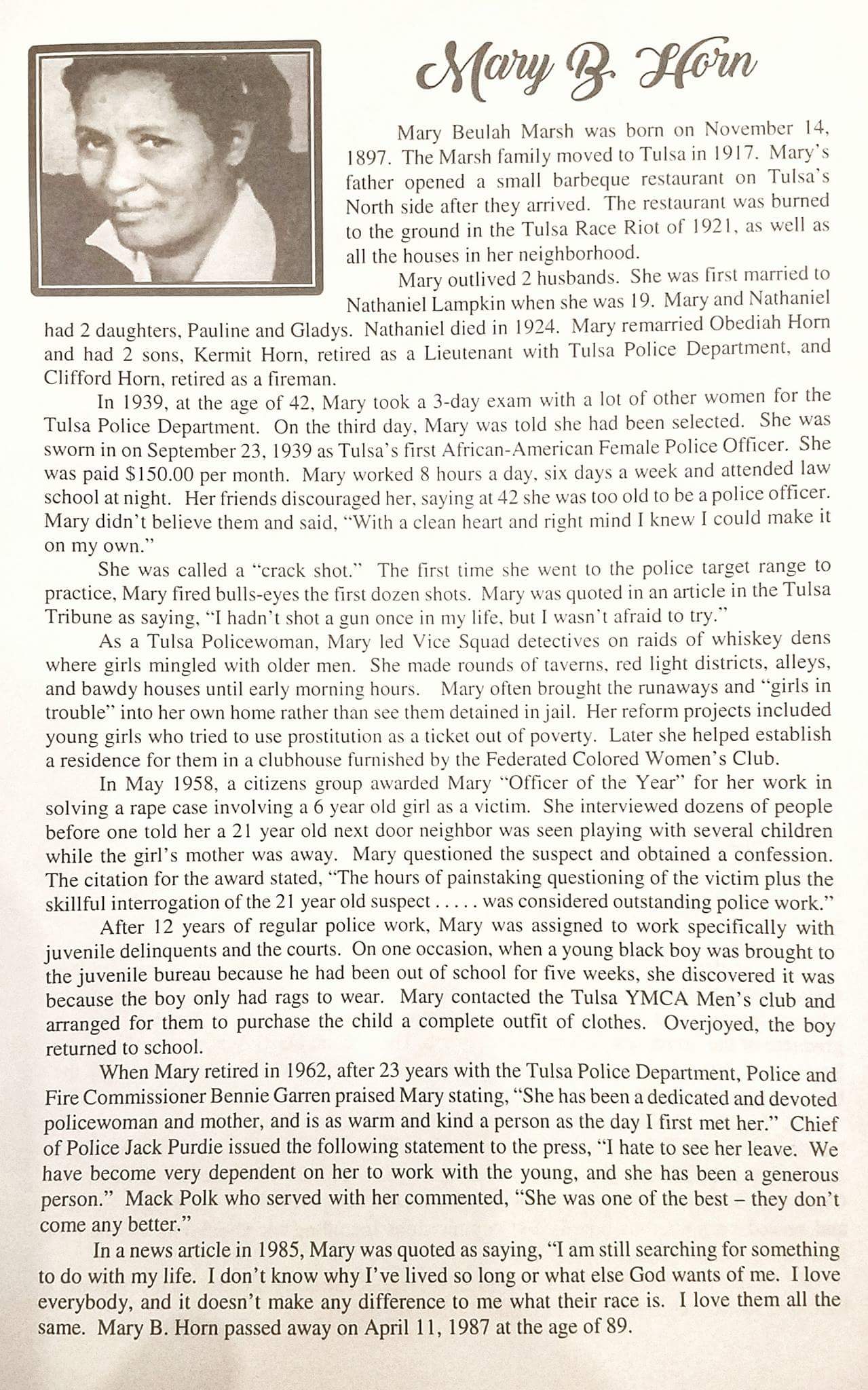 In her first trip to the police firing range to practice, she scored bulls-eyes in her first dozen shots. She carried a gun for 23 years as a TPD officer, but never had to use it.

“That’s pretty successful as far as I’m concerned. Thank the Lord,” she said. 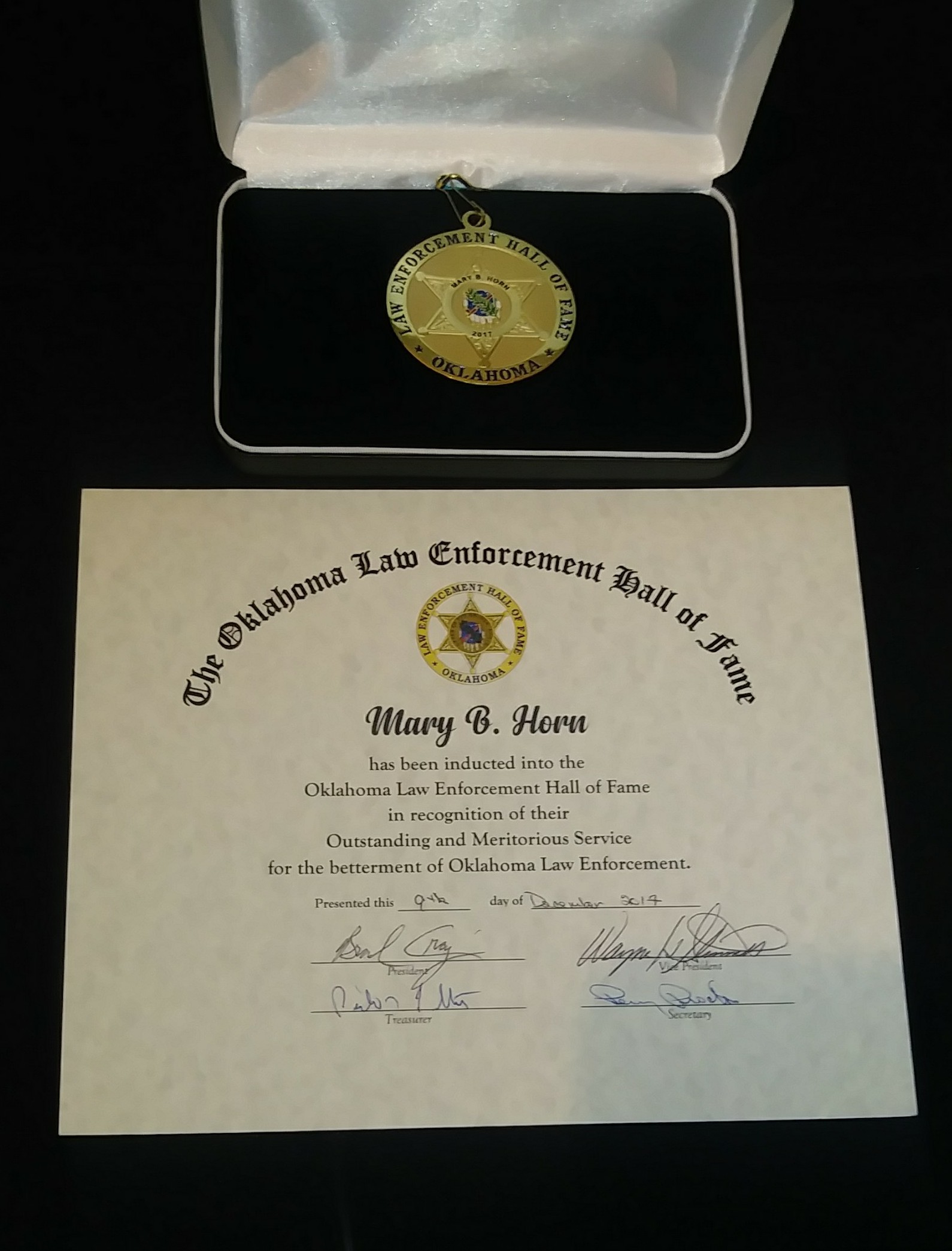