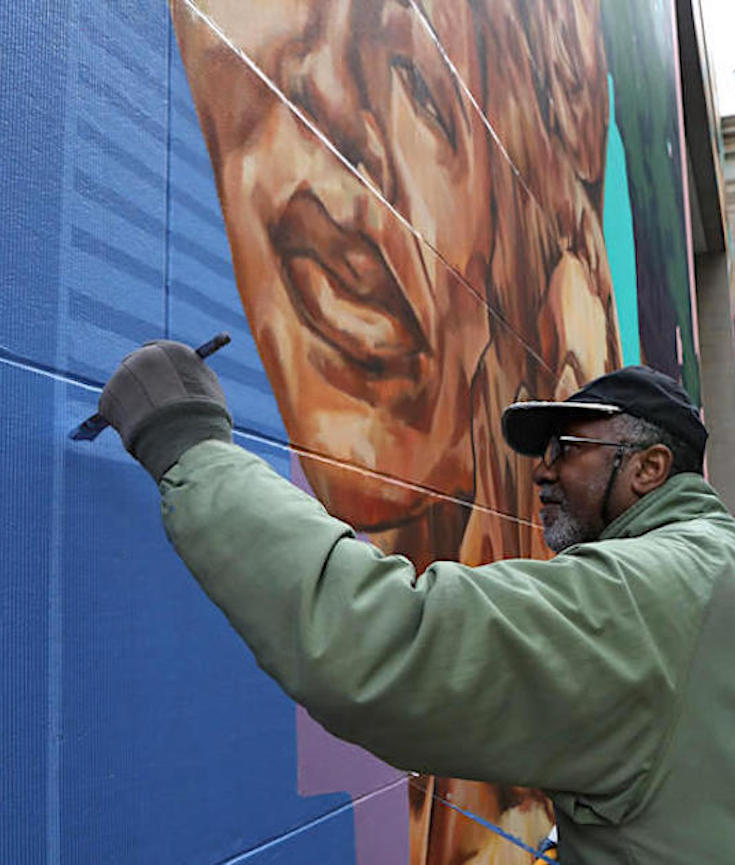 CHICAGO — This city is now home to a new mural by Kerry James Marshall, and it’s a wondrous and powerful one. Painted on the west side of the Chicago Cultural Center, it honors 20 women who have played instrumental roles in developing the city’s cultural scene, from founders of museums and arts publications to literary icons. Among those celebrated are poet Gwendolyn Brooks; AfriCobra co-founder Barbara Jones-Hogu; and Lois Weisberg, the first and longest-serving Commissioner of the Chicago Department of Cultural Affairs.

Titled “Rushmore,” the mural was commissioned as part of Chicago’s Year of Public Art, a citywide program that represents a $1.5 million investment in artist-led community projects. (According to the Chicago Tribune, Marshall received $1 for the work, describing it as a civic duty of sorts.) City officials unveiled it earlier this month, although the work has gradually been overtaking the Center’s large wall since late September, with Chicago mural artist Jeff Zimmermann and his team executing the design. Funding was provided by local nonprofit Murals of Acceptance1. 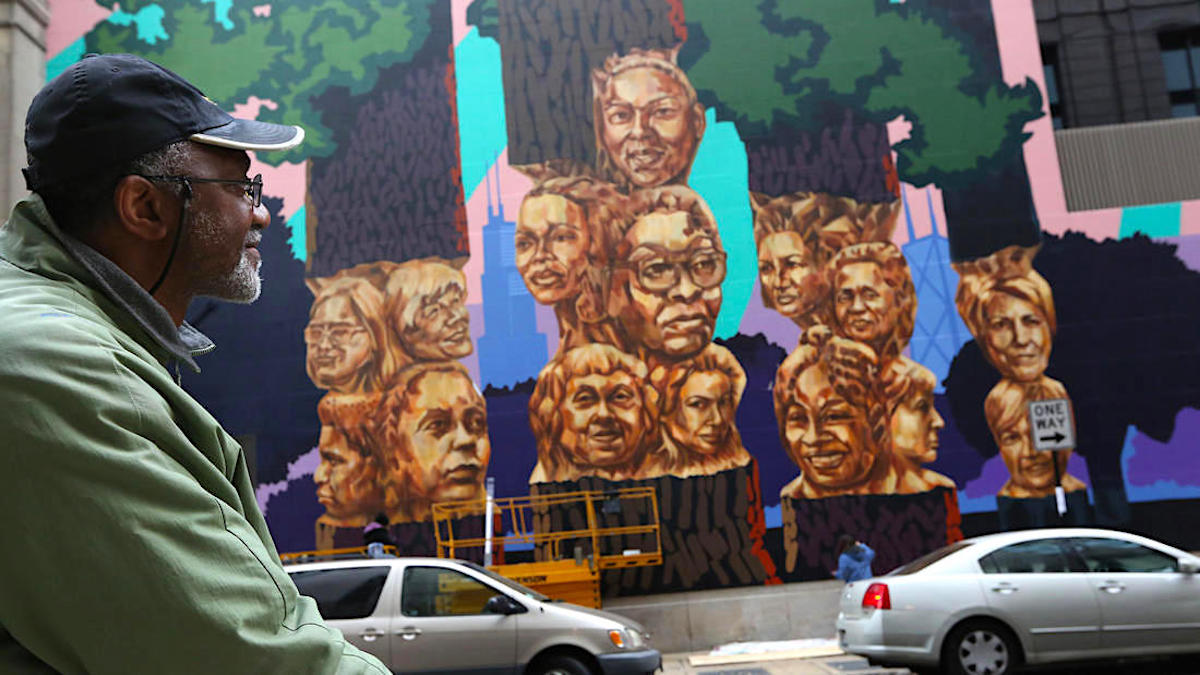