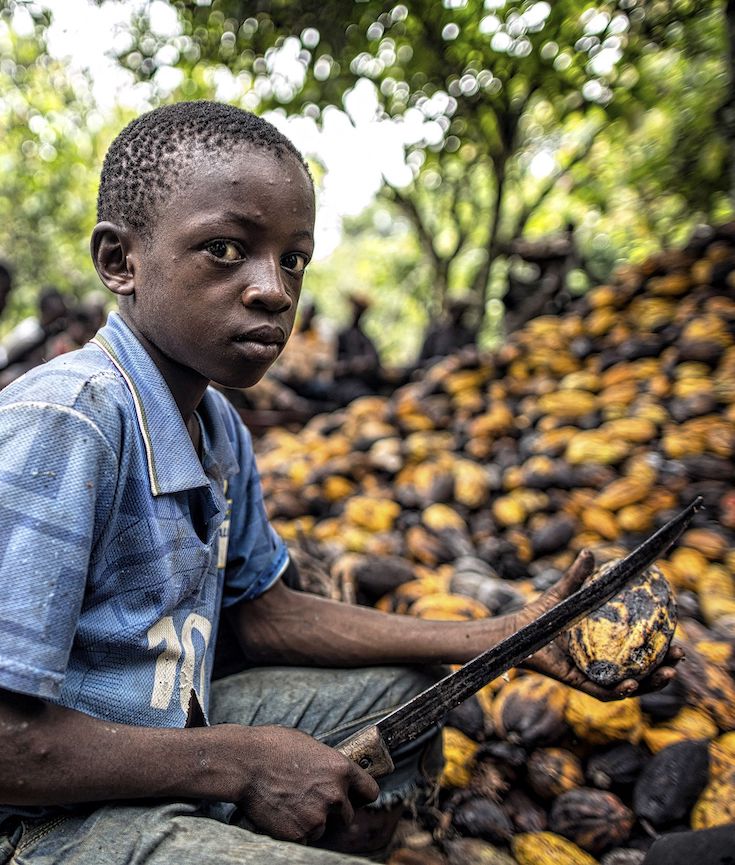 The boy with the machete is watching us. We’re sitting in an SUV in the middle of a rugged, red-dirt road about 10 miles outside the city of Abengourou, in eastern Ivory Coast. It’s just after 8 a.m. on a Saturday, and the early morning haze hasn’t yet burned off, so a mist hangs over the fields around us. We’ve been slowly bumping along on our way to meet some farmers in a nearby village called Appoisso but stop for a moment to take in the scene. Suddenly the boy is standing right next to us. He looks curious, but wary too.

We scramble out to greet him. In French my translator asks him his name. “Ibrahim Traoré,” he replies. How old is he? “Fifteen.” 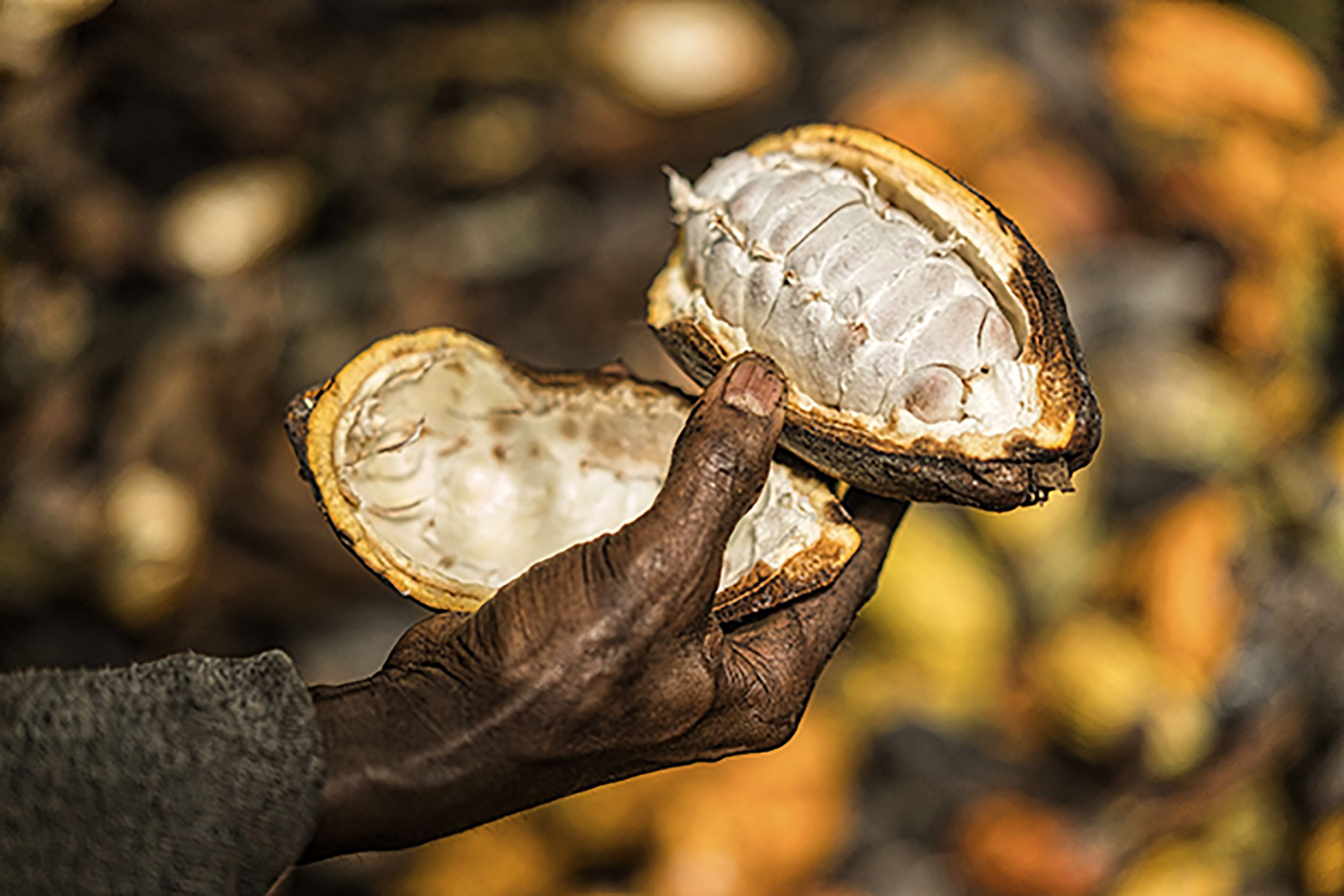 Ibrahim is wearing ripped jeans, a worn, royal-blue Chelsea soccer shirt with the name of the team’s sponsor—Samsung—in large white letters across the front, and the same kind of clear plastic sandals that are everywhere in this part of West Africa. He holds his dusty blade casually against his left hip.

There’s a sign behind him that appears to have been erected by the Ivorian government as part of a campaign to educate farmers about children’s rights. Non it says in big, red letters. Then, again in French: “The worst forms of child labor.” Below that is a drawing of a young boy carrying a huge sack of cocoa beans with a big X over it. Underneath is another sentence: “The place for children is in school.” 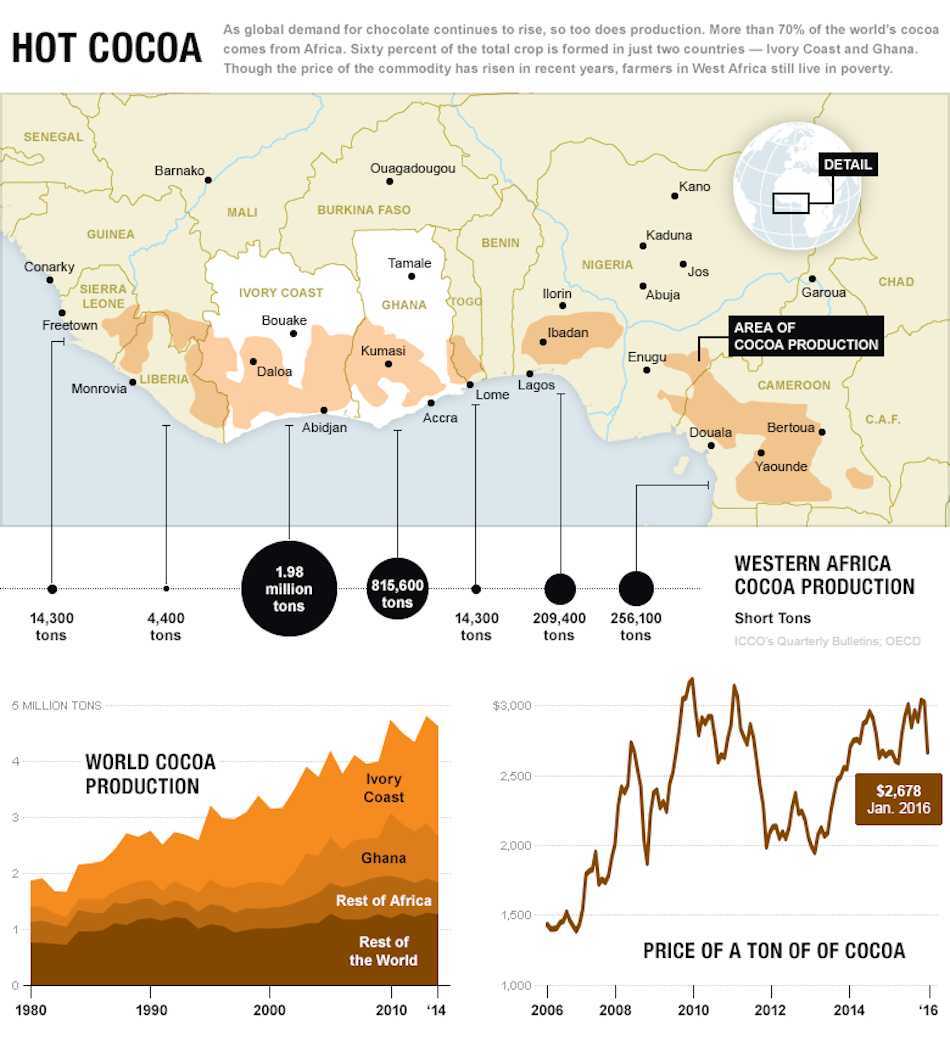 Ibrahim tells us that he was born in Mali. He moved with his father to Ivory Coast when he was little—he’s not sure exactly how old he was—and he’s been working on cocoa farms ever since. What about school? No, he says, he’s never been to school. Is the work he does hard? “Yes,” he says deliberately. “It’s very hard.”

As we talk, a parade of younger boys, many holding machetes as well, walk by on their way to the fields. Ibrahim allows his eyes to follow them. After a few minutes he says it’s time for him to go and marches after the other children, the machete swinging loosely in his hand.

For the $100 billion chocolate candy industry, the story of Ibrahim represents a serious problem—one that it has been vowing to fix for 15 years without great success, and which has gained new urgency in recent months. 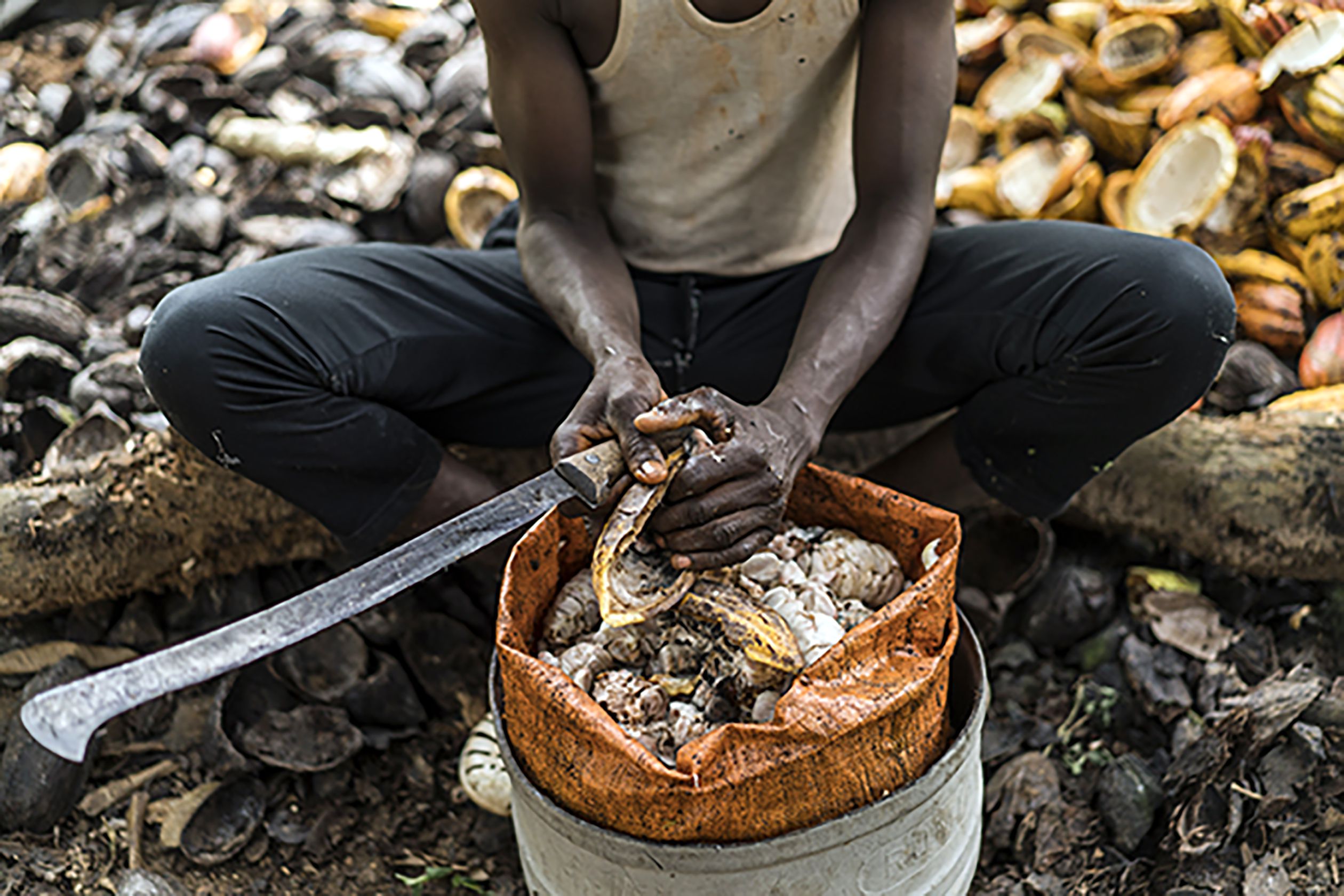 Child labor in West African cocoa farming first became a cause célèbre around the turn of the century when a number of pieces of investigative journalism focused the world’s attention on the plight of children who had been trafficked to Ivory Coast to farm cocoa, often from other former French colonies such as Mali and Burkina Faso, and held as slave laborers. In a documentary that aired on the BBC, filmmakers interviewed young boys in Ivory Coast who said they’d been beaten and forced to work long hours without pay. One who said he’d been working on a cocoa farm for five years was asked what he thought about people enjoying chocolate in other parts of the world. “They are enjoying something that I suffered to make,” the boy answered. “They are eating my flesh.” 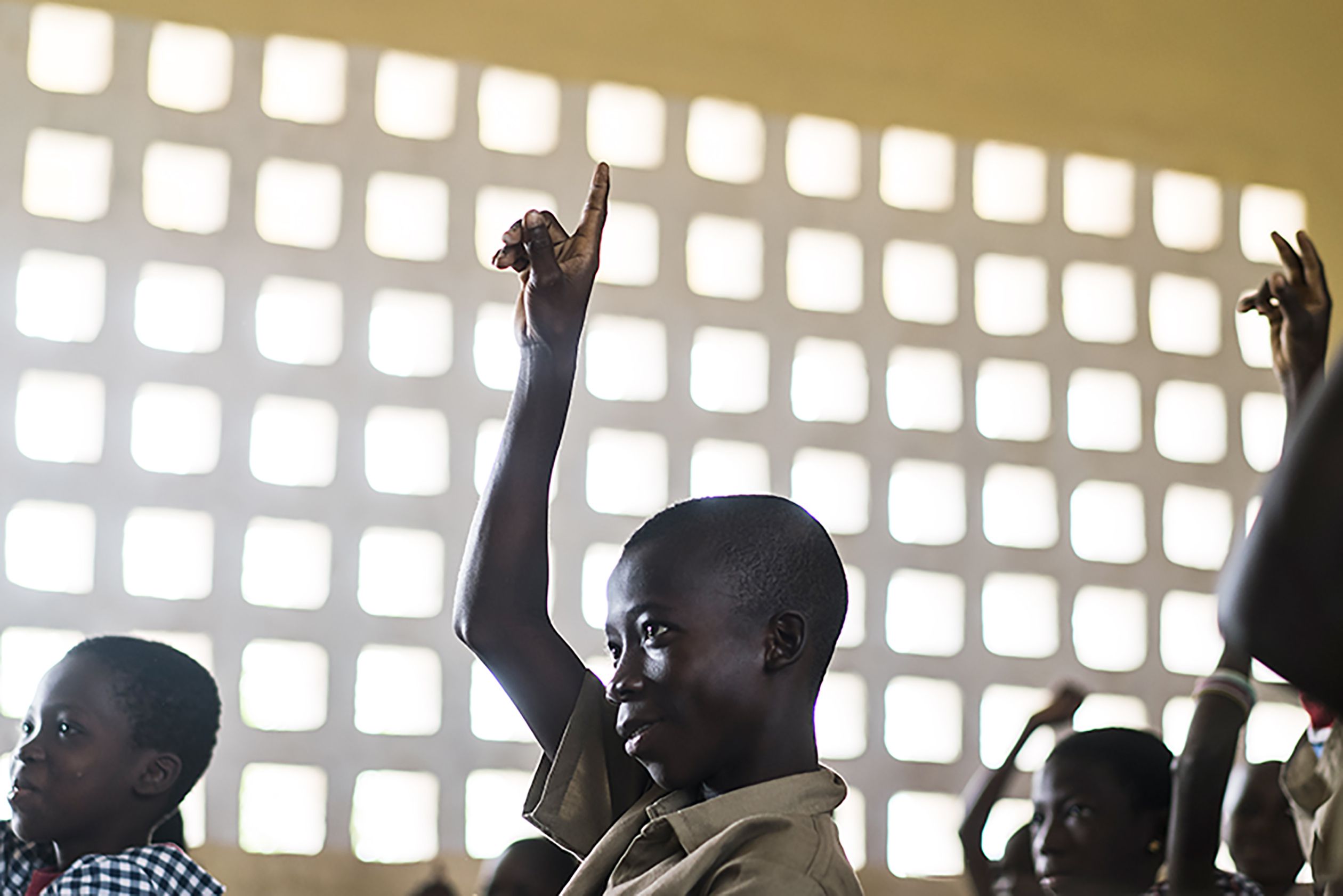