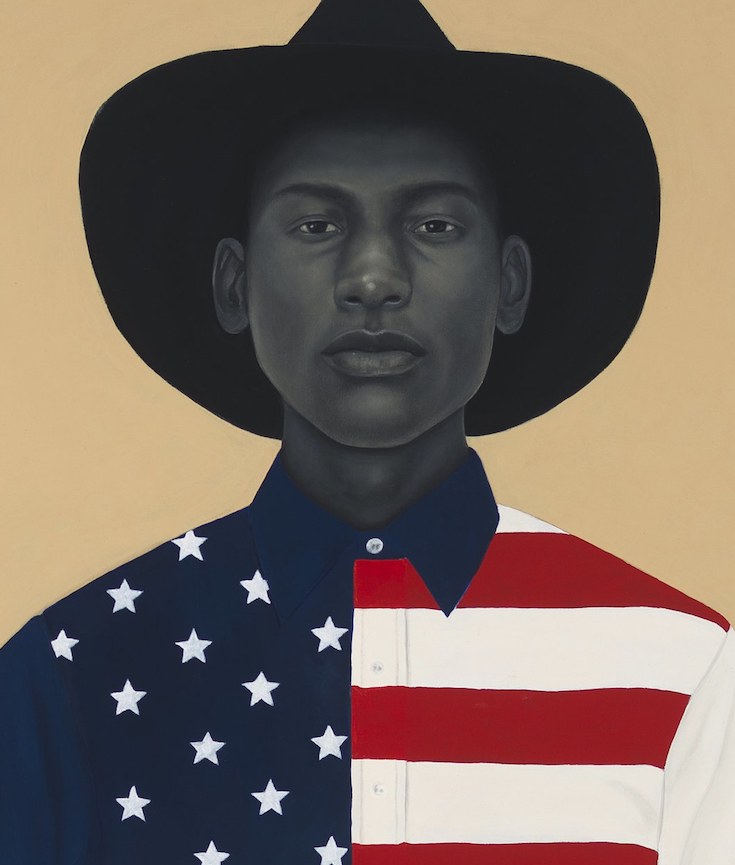 Kathleen McLaughlin, W Magazine
Amy Sherald, What’s precious inside of him doesn’t care to be known by the mind of those that diminish it’s presence

Specifically, we’re witnessing the awakening of black figurative painting and portraiture, and as a figure Michelle Obama “is an archetype,” Sherald, 44, told me last week on the phone from Baltimore, where she’s based. “I want all types of people to look at my work and see themselves, just like I watch a Reese Witherspoon movie as a black woman and can empathize with her because we have had to internalize whiteness in that way to survive.”

At the National Museum of African American History and Culture, aka the Blacksonian, Sherald’s 2013 oil painting Grand Dame Queenie hangs prominently. It depicts a black woman holding a white teacup and saucer. The figure, wearing black-and-white striped pants and a red blouse tied at the neck into a pussycat bow, with a bright yellow scarf and a calm stare directed at the viewer, is realized in the artist’s signature “grayscale” painting technique, with her black skin rendered in shades of gray. 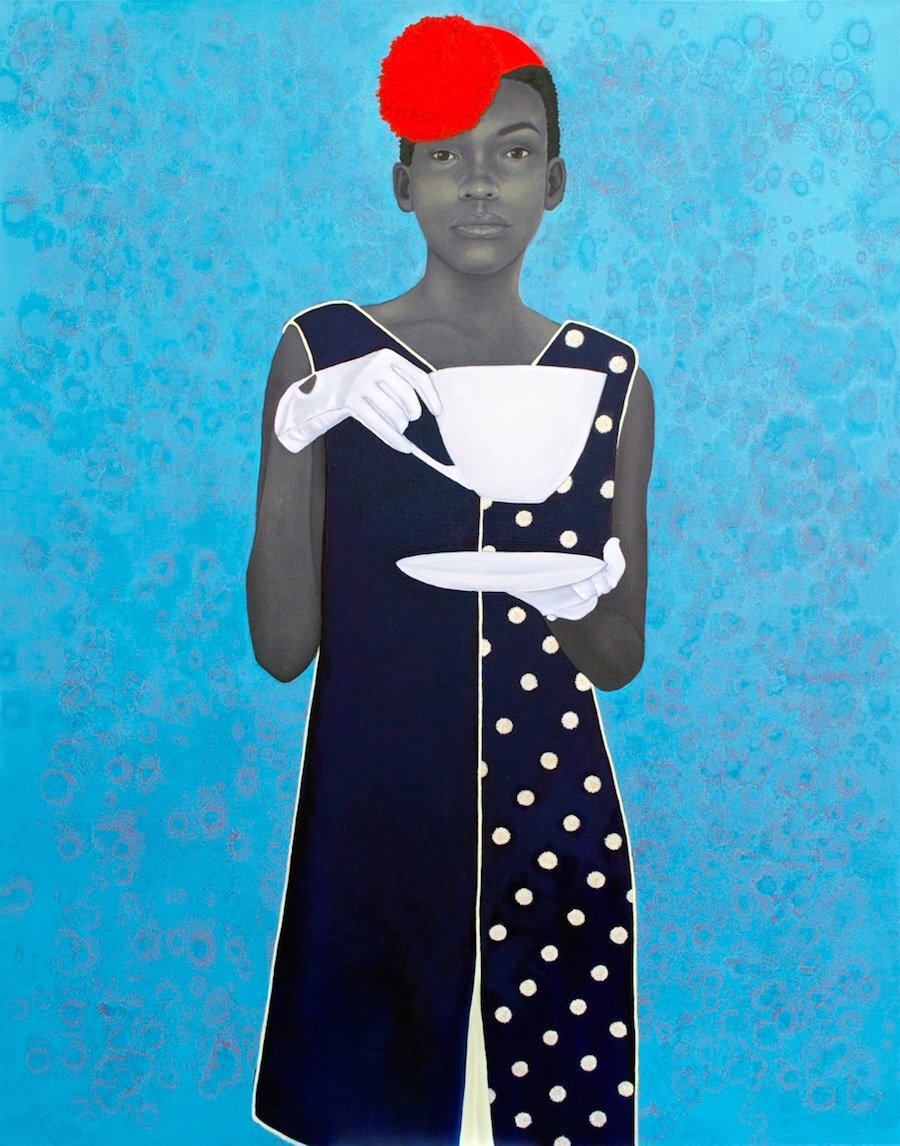 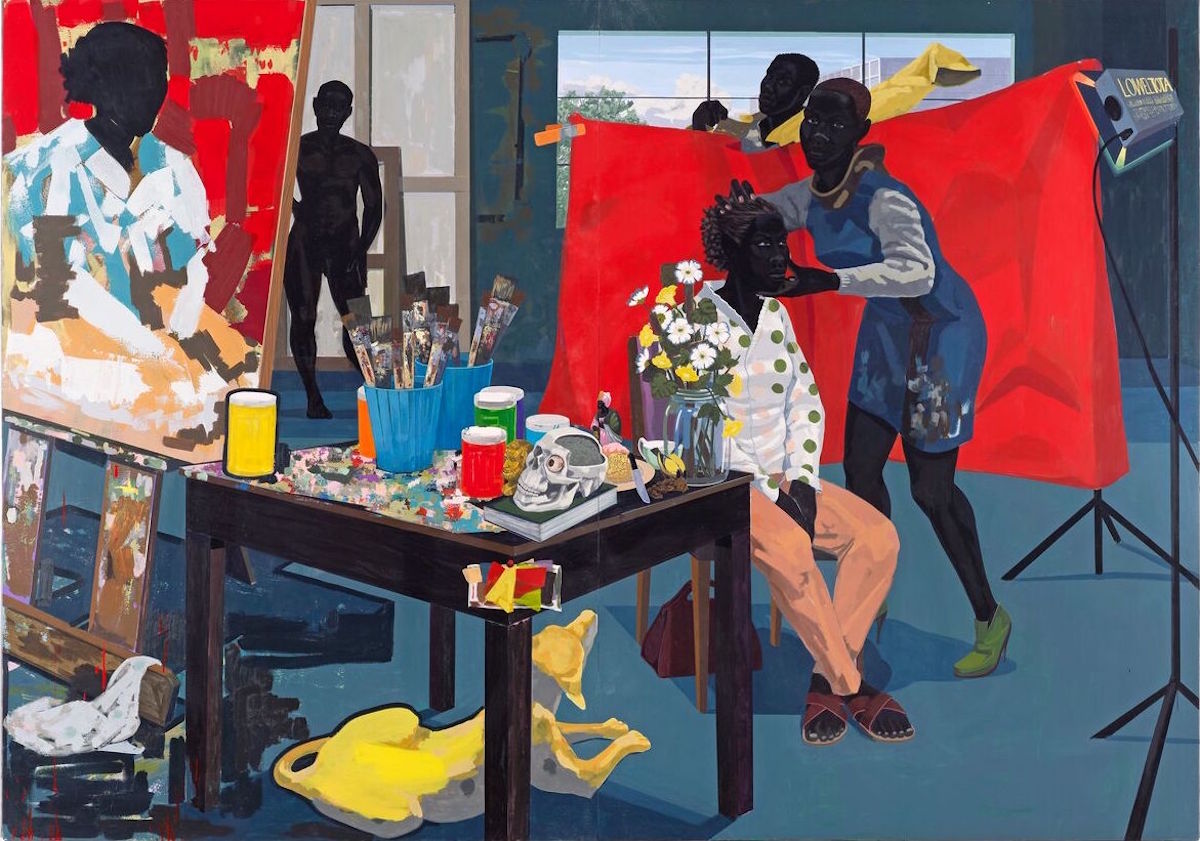