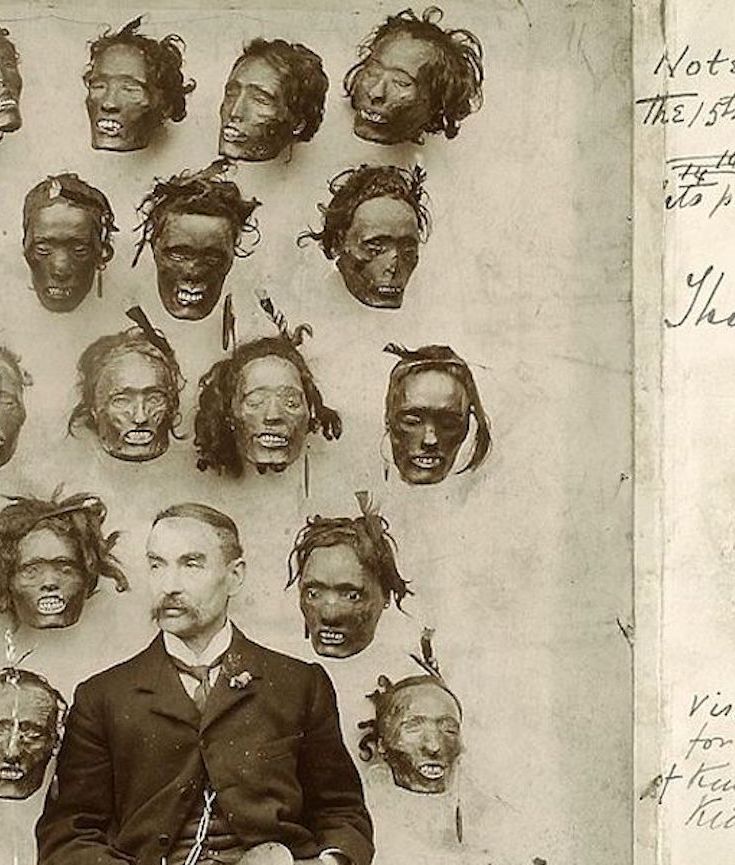 Katie Serena, All That Is Interesting

In the American Museum of Natural History in New York City lies a collection of 30 mokomokai, or the severed, tattooed heads of Maori tribesmen. The collection itself is quite interesting, however, the story of how it got to the museum is even more so.

In the 1860s, Major General Horatio Gordon Robley served in the British Army during the New Zealand Land Wars.
While there, he became fascinated by the local tribesman, the Maori and their tradition of facial tattoos. Being a talented illustrator, he began sketching the tattoos and eventually published a book on the subject.

CLICK TO READ THE FULL ARTICLE | All That Is Interesting 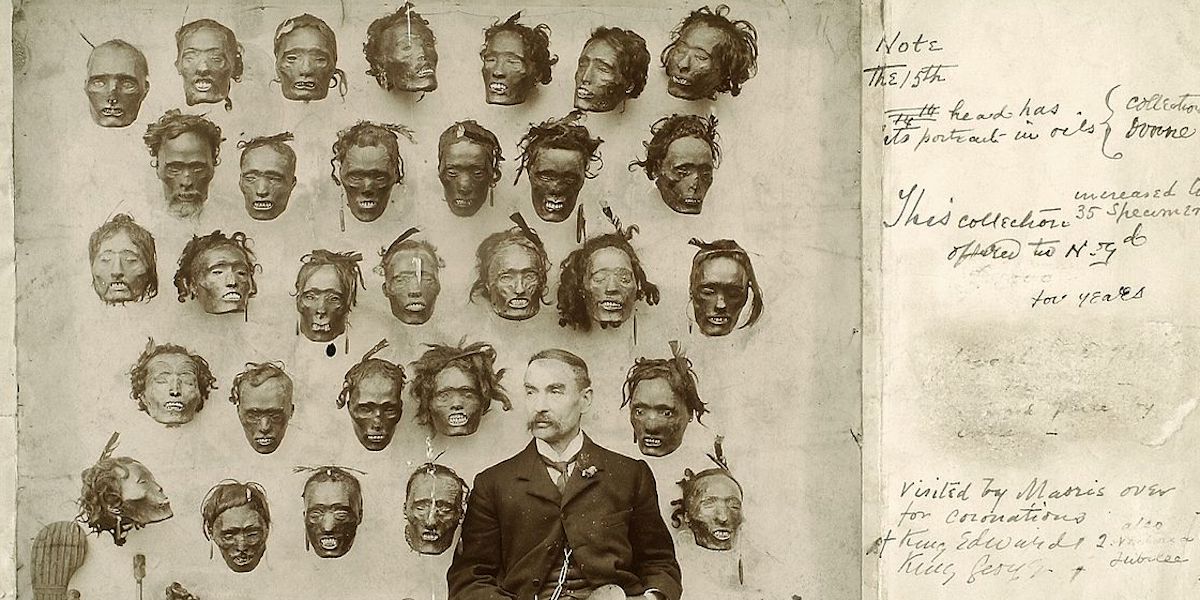 CLICK TO READ THE FULL ARTICLE | All That Is Interesting