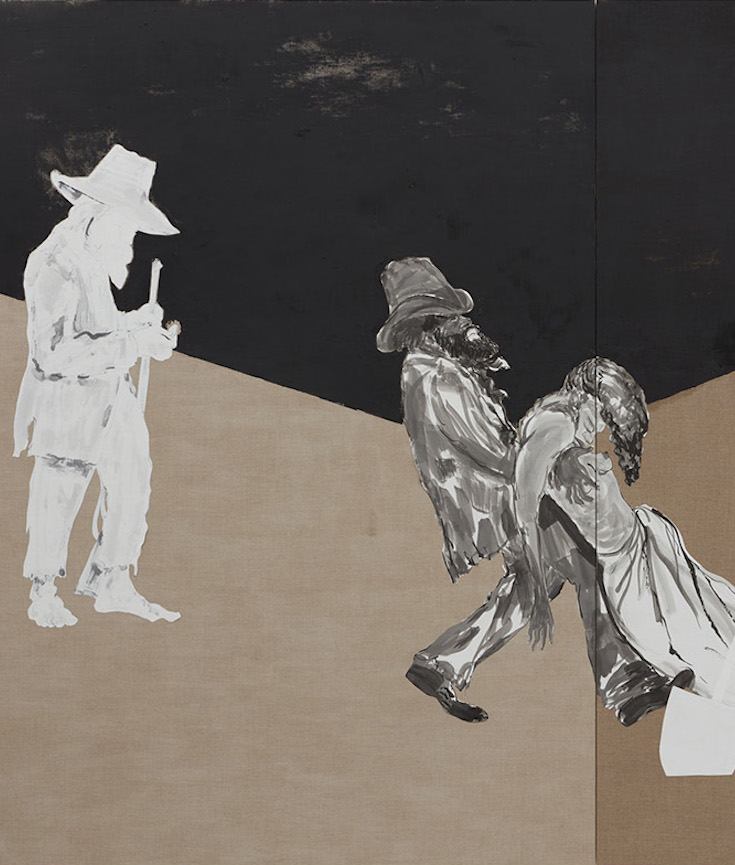 Atop Kara Walker’s large-scale drawing “The Pool Party of Sardanapalus (after Delacroix, Kienholz)” (2017), currently on view at Sikkema Jenkins, a mammy reclines; below, a group of young girls pull the entrails from a white man held down on the ground. Nearby, a hooded black male wields a shank against another black man, and a white man in a corset stabs a black male in the chest. On the outskirts of the composition, other characters are either oblivious, witnessing these acts, or simply turning away. Here, Walker adapts Delacroix’s 1827 painting, fixating on his depiction of the Assyrian king’s indifference to human life. Not dissimilar to Sardanapalus’s uncaring disposition, the work alludes to a 2015 incident in McKinney, Texas, where a white police officer, responding to a disturbance call about a neighborhood pool party, body slammed a young black girl in her bathing suit, and pulled a gun on two young boys who came to her defense. The cop, Eric Casebolt, not only used excessive force, his actions highlighted the denial of innocence to black children, who are criminalized early and often because of the color of their skin. Walker’s twisted, draconian pictures are a cypher for the present moment inasmuch as they skeptically obscure the possibility of alternative futures for our nation. 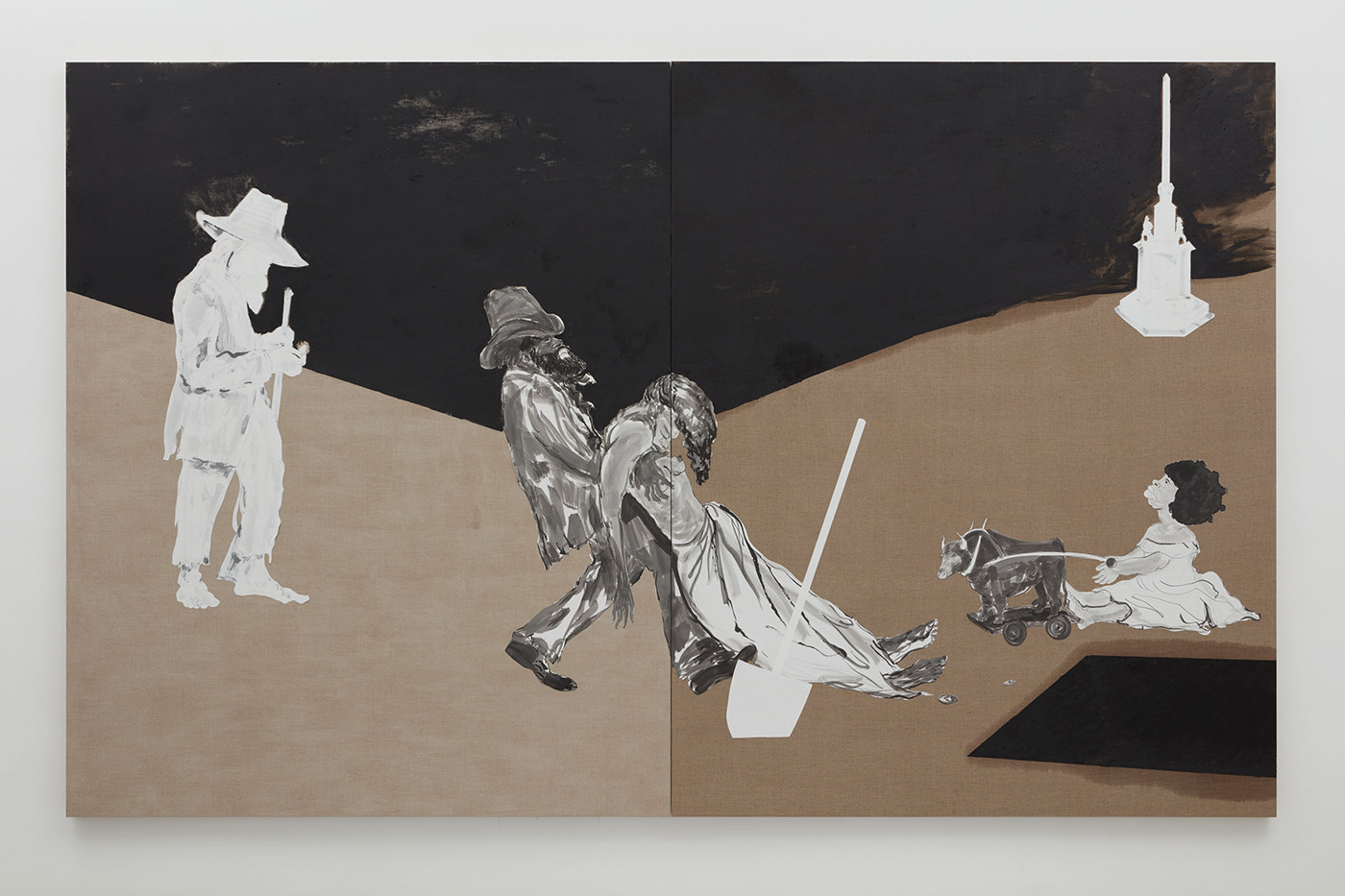 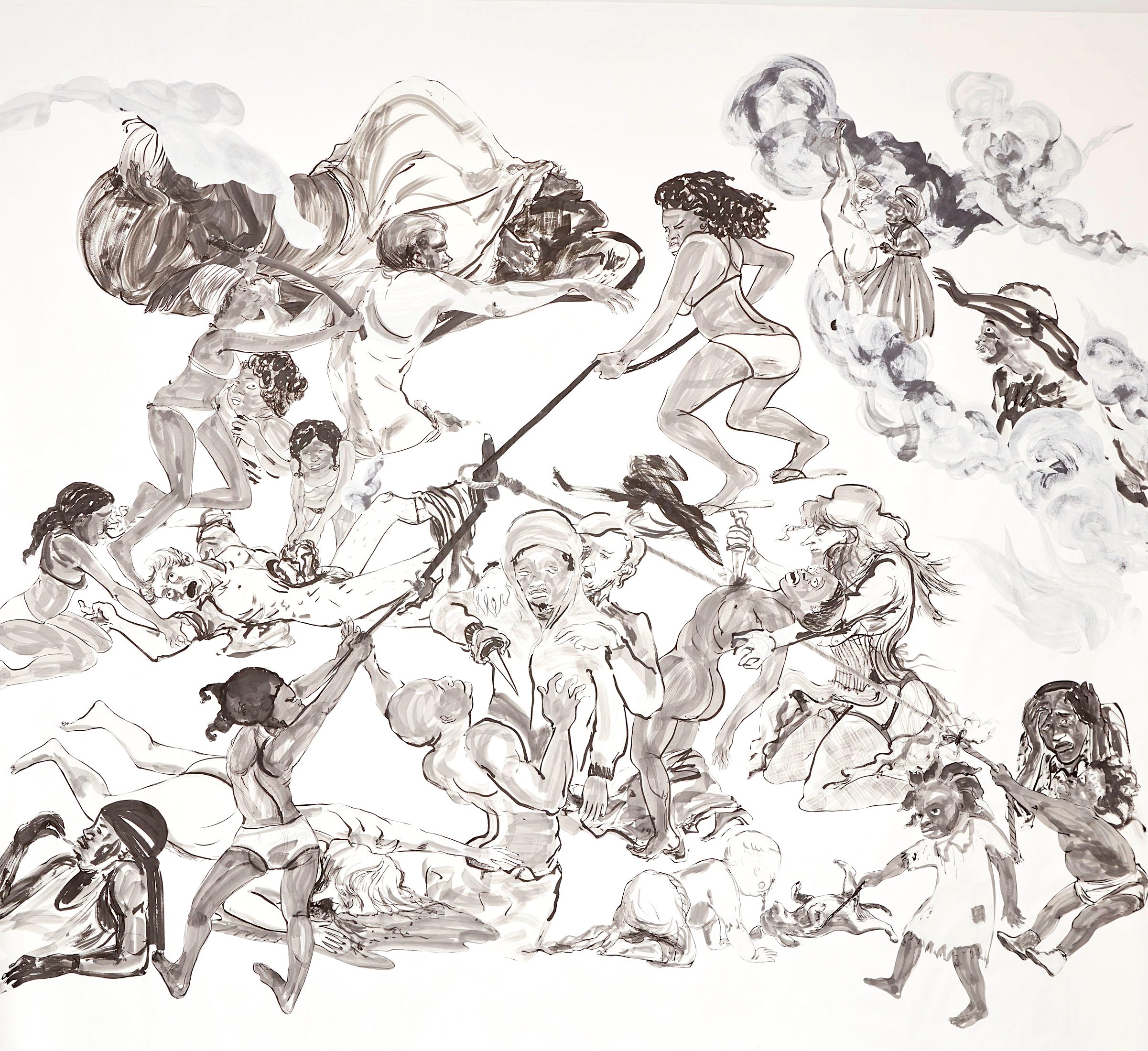 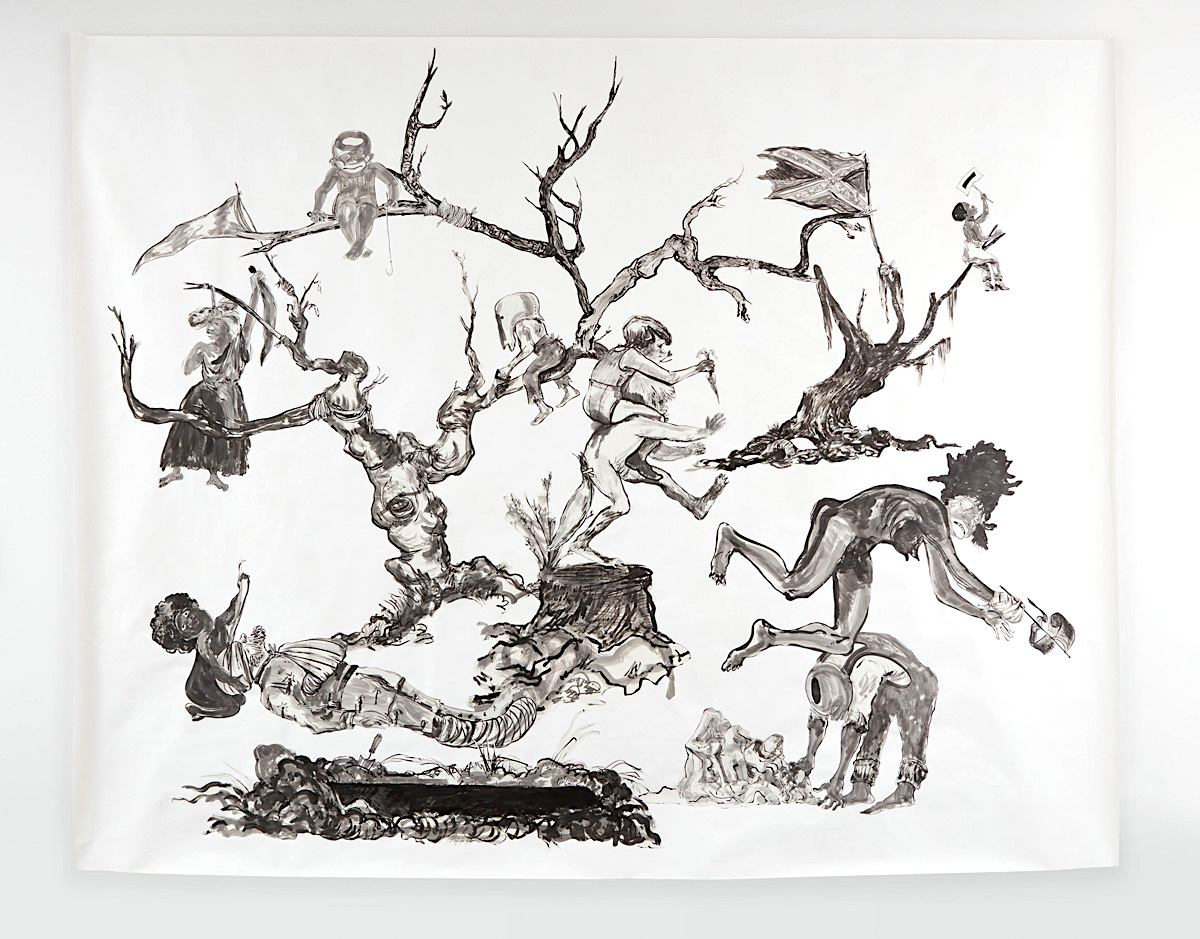