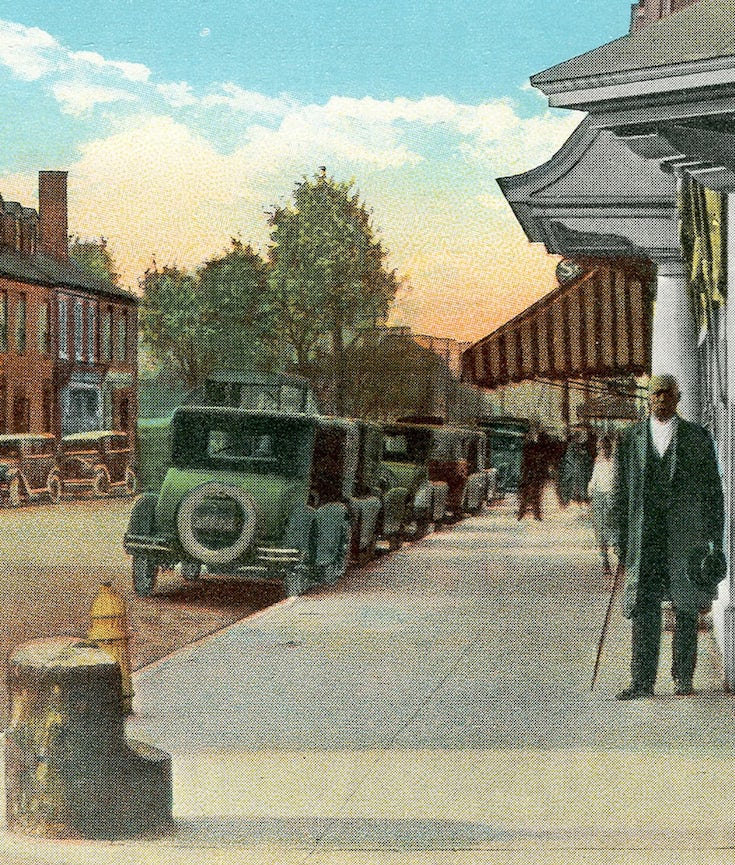 Walking along the idyllic brick sidewalks of downtown Fredericksburg, Virginia, locals and tourists who pass the Olde Towne Butcher on the corner of William St and Charles St might notice a grayish-brown stone protruding from the sidewalk that is about the size and shape of an overturned bucket. A bronze marker at its base reveals that this stone was formerly used to auction off slaves. 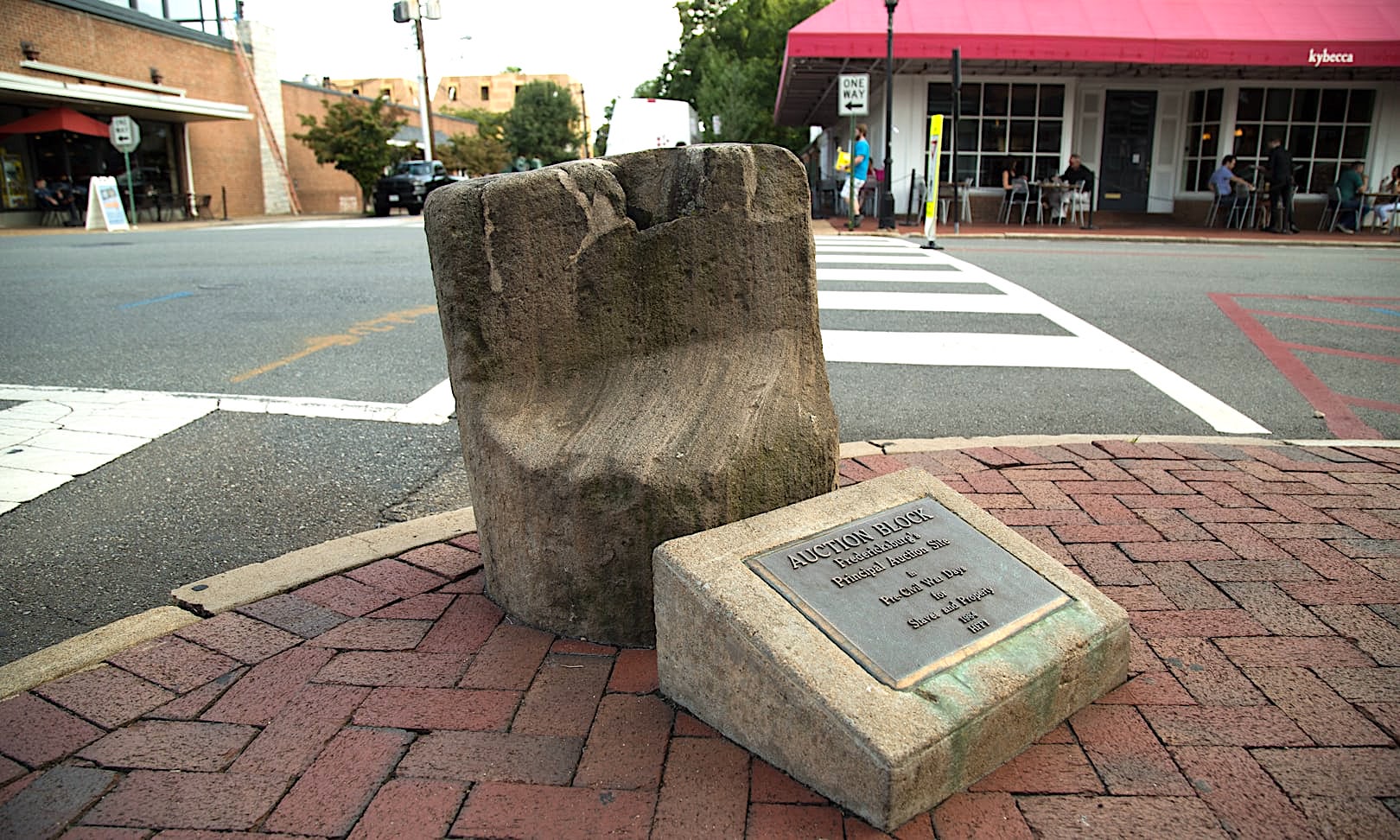 Locals and city officials refer to it colloquially as “the slave block” or “the auction block”. Most peoples’ reaction upon learning of the block’s past is horror. Now, especially in the wake of the recent white supremacist rally in Charlottesville, the community is trying to decide what to do with it.

A common reaction is to throw this rock in the same mental heap of memorials and flags that honor the Confederate south and many are rushing to have it removed. Last week, an online petition was created to demand its removal. The petition currently has more than 2,500 signatures from across the country. 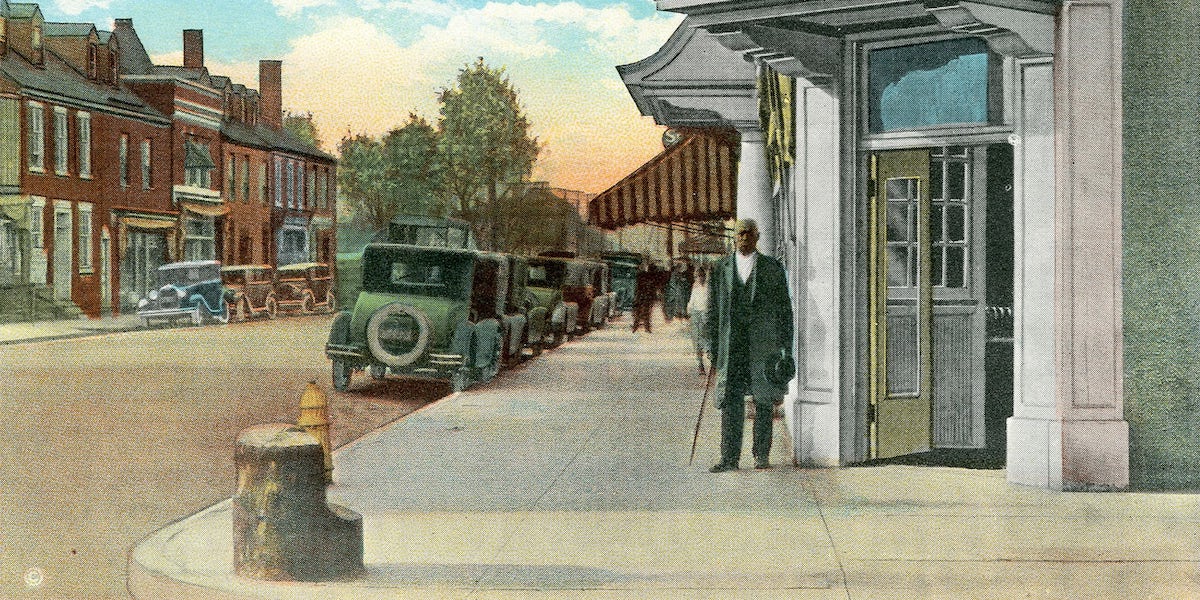 An illustration of the slave block, 1920s. | Albert Crutchfield

But for now, the block is not budging. Is Fredericksburg a town full of insensitive racists? Not quite. There are many deeply concerned residents in the town who feel that the slave block is categorically different from the monuments and statues that depict Confederate generals as heroes. 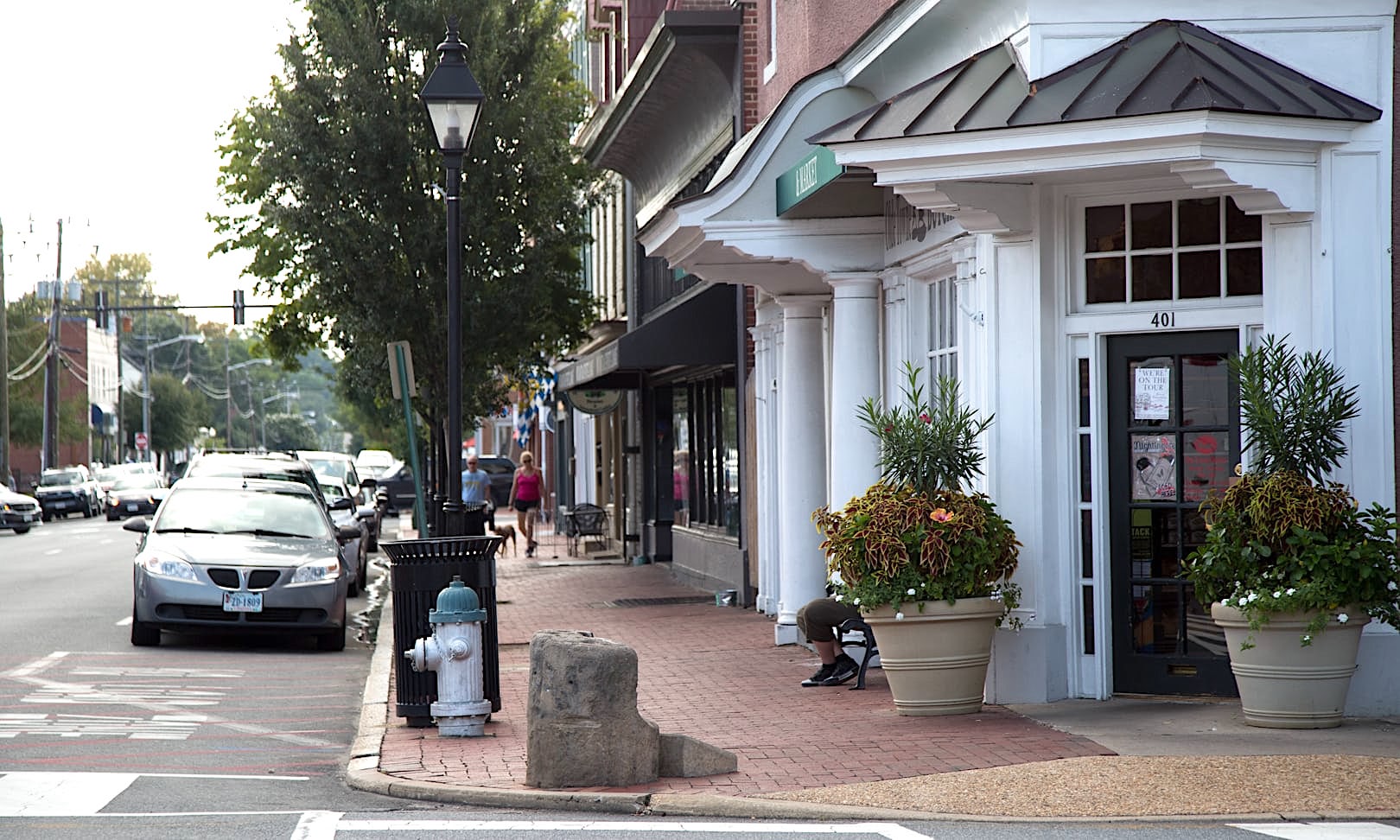