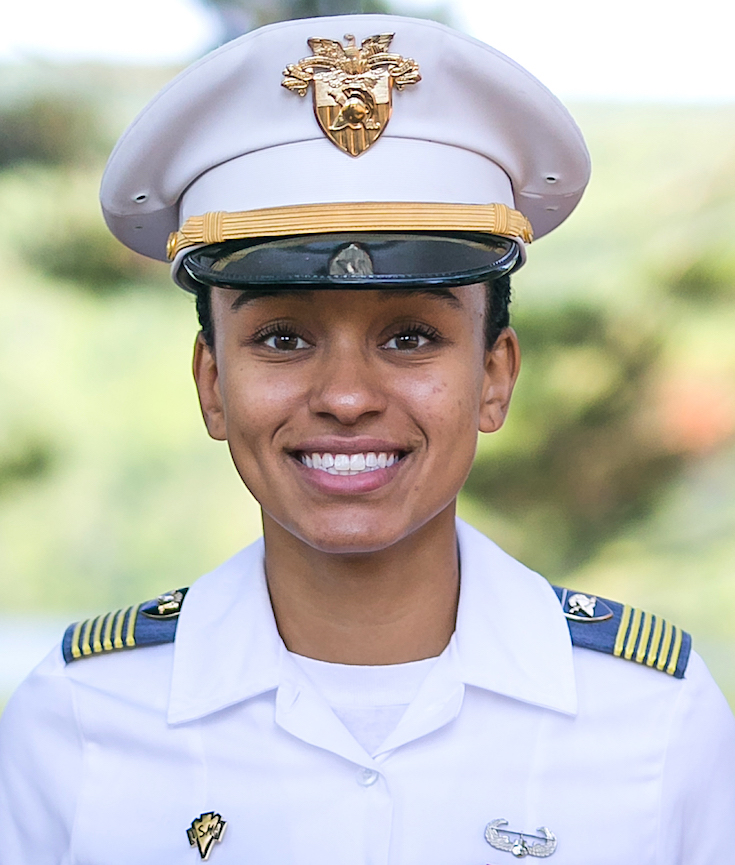 Cadet Simone Askew achieved the highest position in the cadet chain of command and will assume her duties on Aug. 14, according to the Army. Army officials said she currently leads 1,502 cadets as the Regimental Commander of Cadet Basic Training II.

As First Captain, the international history major will be responsible for the overall performance of the 4,400-member Corps of Cadets.

“Simone truly exemplifies our values of duty, honor, country. Her selection is a direct result of her hard work, dedication and commitment to the Corps over the last three years,” said Brig. Gen. Steven W. Gilland, commandant of cadets in a written statement. “I know Simone and the rest of our incredibly talented leaders within the Class of 2018 will provide exceptional leadership to the Corps of Cadets in the upcoming academic year.”

Founded in 1802, West Point is entwined with the history of our nation. Less than 50 miles north of New York city, along the banks of the Hudson River, the state-of-the-art sports facilities and academic lecture halls of the academy provide a perfect juxtaposition for the terrain-rich environment used for cadet military training.

The academy develops cadets to live honorably, with uncompromising integrity, as U.S Army officers in service to the nation. (Website).