She was also the daughter of a former slave. Walker’s accomplishments in the face of racial oppression and segregation have never been honored in her hometown in the same way as the Confederate leaders whose statues are the focal point of downtown Richmond.

But on Saturday, 153 years to the day she was born in the former capital of the Confederacy, Walker will get her own monument, a towering statue of her as she lived — her glasses pinned to her lapel, a checkbook in hand.

“She’s ready to work,” said Antonio “Toby” Mendez, the celebrated Maryland sculptor who brought Walker back to life, 10 feet tall, in bronze. “She wasn’t just raising the bar for her community. She was working to create opportunities.” 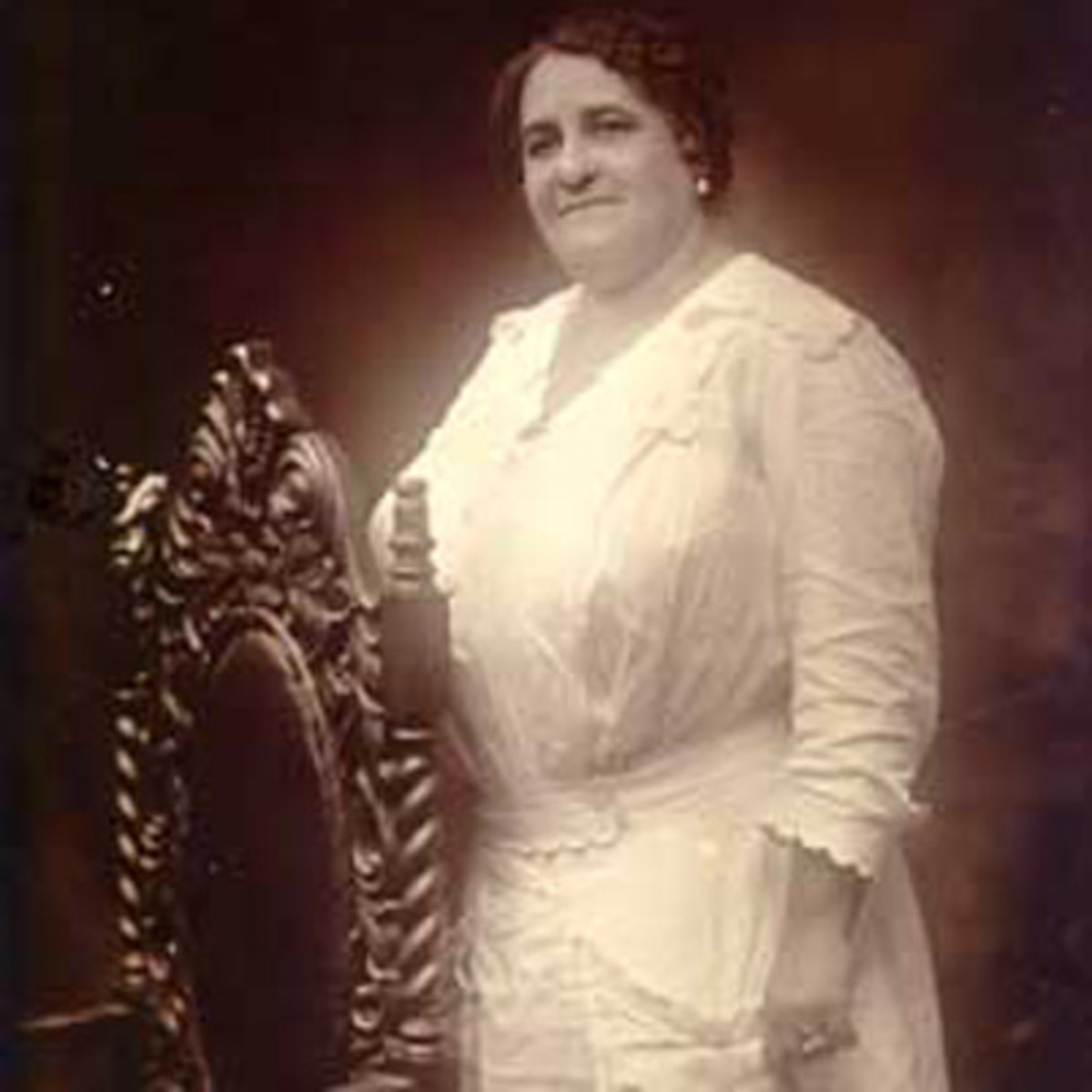 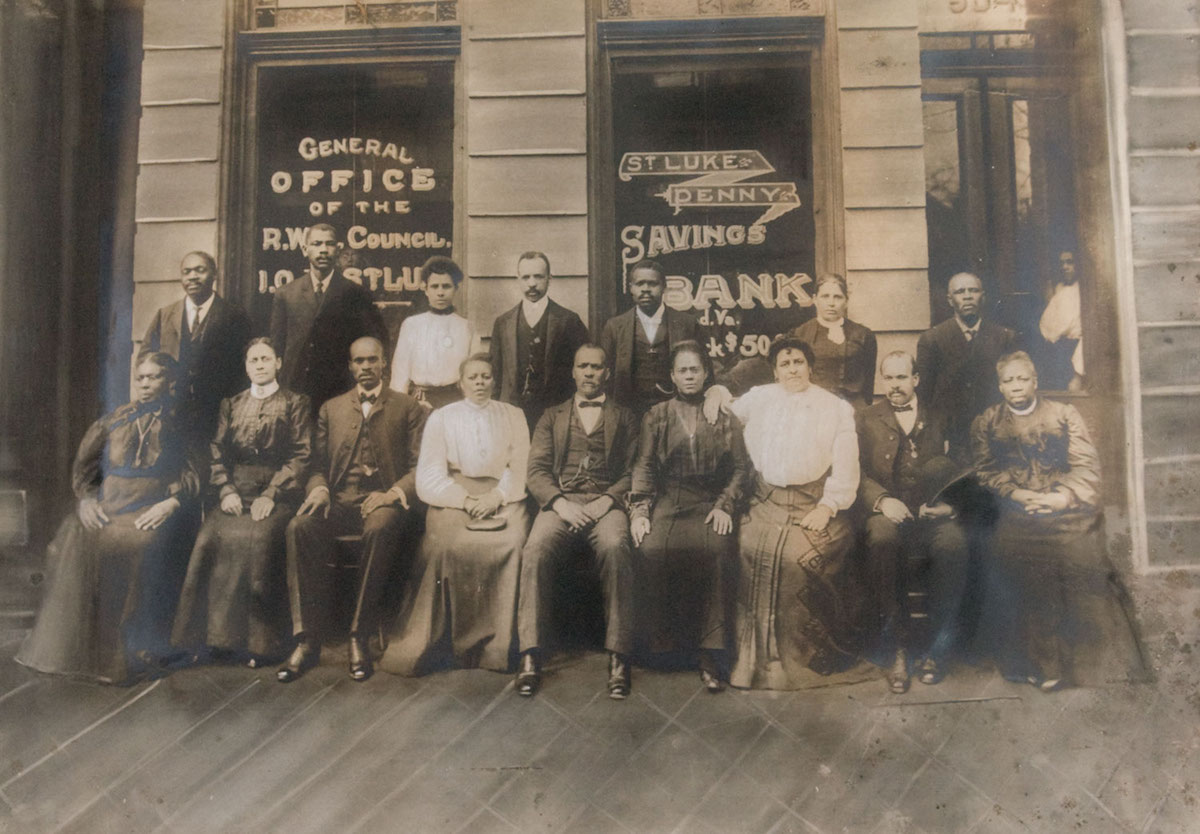 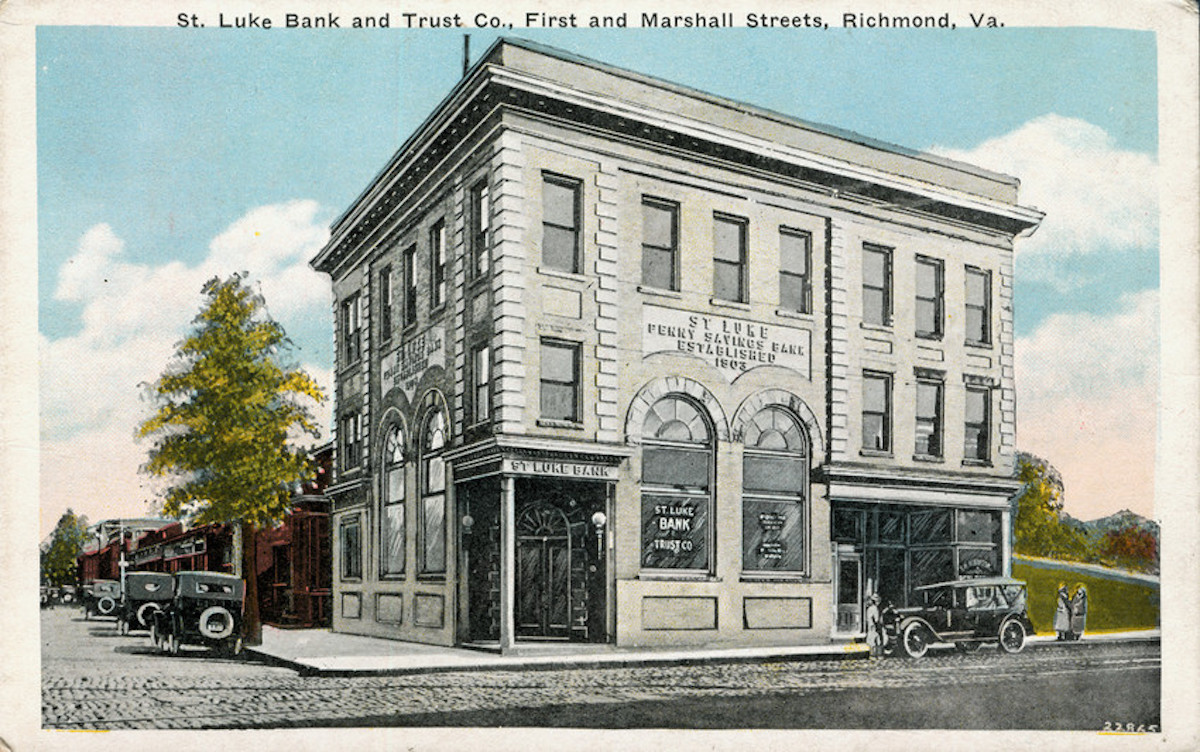 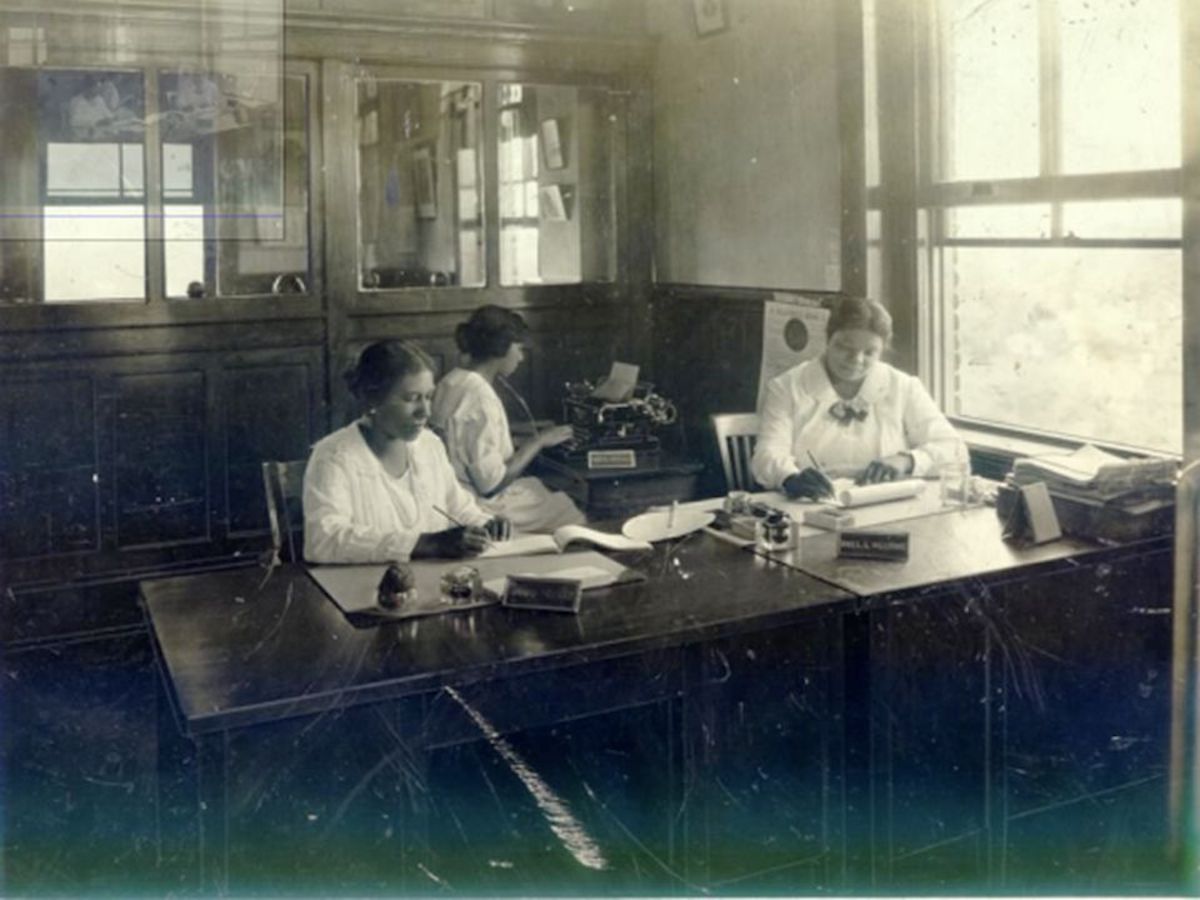 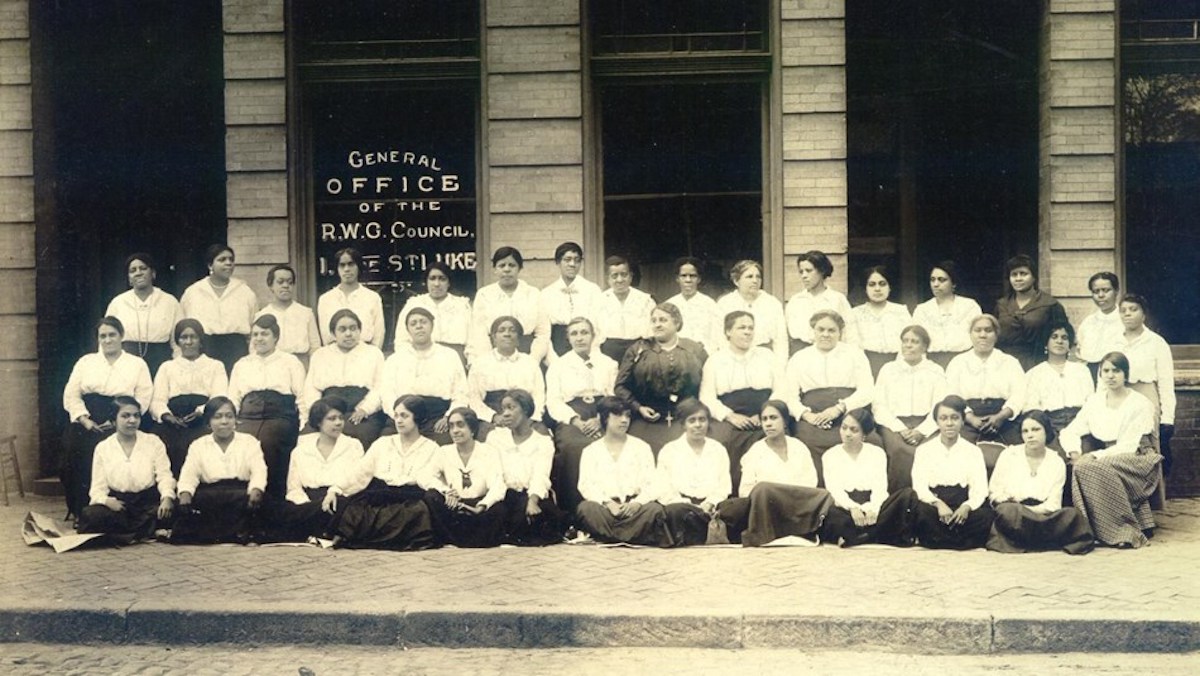 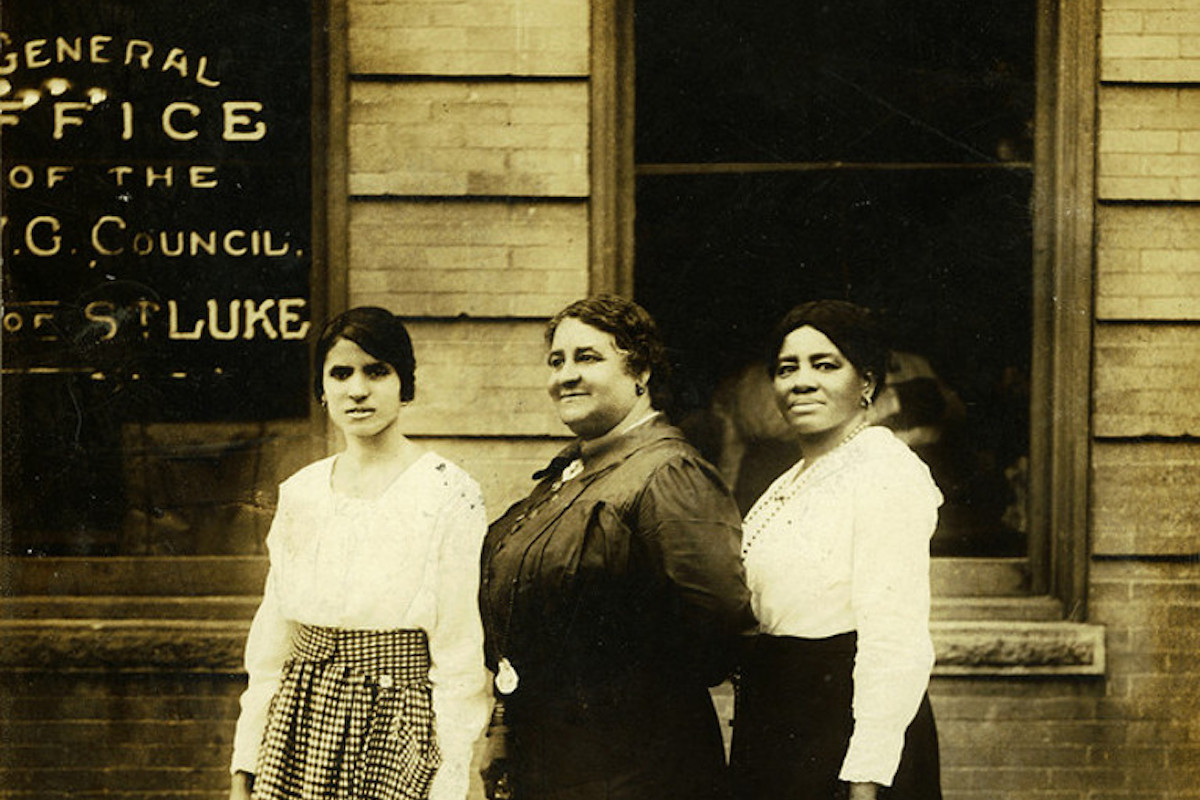 On November 2, 1903, the St. Luke Penny Savings Bank opened for business at the St. Luke Headquarters Building at 900 St. James Street. While music played and speeches were given, nearly 300 eager customers, many of them members of the IOSL, waited patiently to open bank accounts. While some people deposited more than one hundred dollars, others started accounts with just a few dollars, including one person who deposited just 31 cents. At the end of the day, the bank had 280 deposits, totaling over $8,000, and sold $1,247.00 worth of stock, bringing the total to $9,340.44. Mrs. Walker originally hoped for deposits exceeding $75,000, but she was pleased with the first day’s success. At the same time, she recognized the hard work ahead to find success and security for the St. Luke Penny Savings Bank.

In an attempt to encourage deposits by children, Walker distributed penny banks among St. Luke families. Walker hoped the banks would teach children how to save their money and learn the importance of thrift. Once children had one hundred pennies in their bank, they could open an account at the St. Luke Penny Savings Bank. As a shrewd businesswoman, Walker also realized that every penny counted and that each deposit opened by a child would help strengthen the bank.

To further the success of the bank and expand the empire of the IOSL, Walker recommended that the bank’s Board of Directors purchase a building to house a department store and the bank. The vision of an emporium, run by African American women, was first vocalized by Walker in 1901, at the same time she announced her dream for the bank and the St. Luke Herald. As the bank slowly prospered, the time seemed ripe for the IOSL to further its influence in Richmond. (National Park Service).