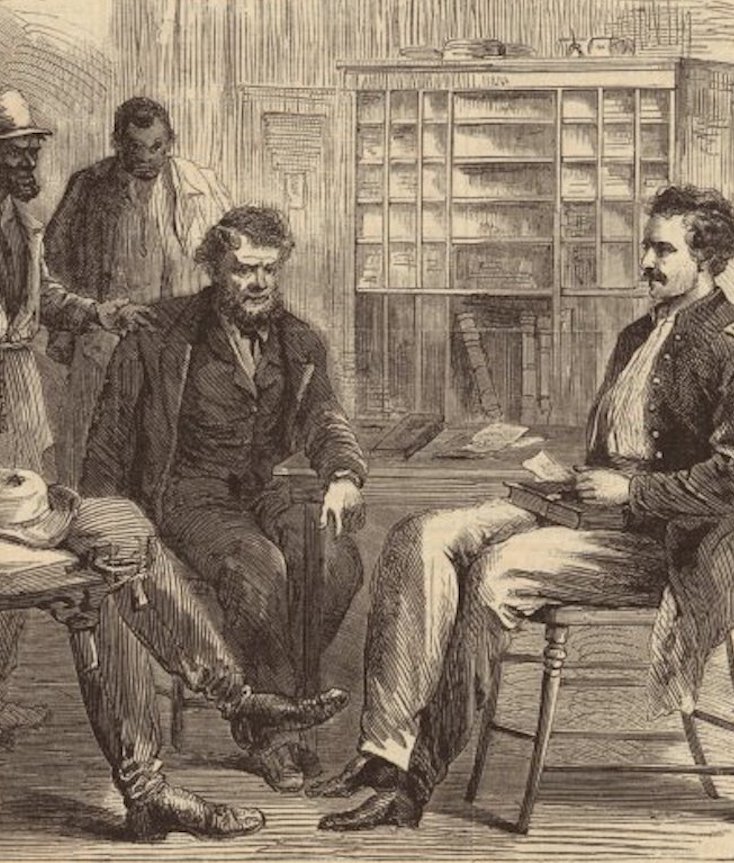 Darwin Campbell | Afram News
By late 1861, many black Americans along the border-states experienced a de facto freedom in the presence of occupying Union troops. Some found employment in Union garrisons where they were monetarily compensated for their work. At this time, northern abolitionists called for the creation of a freedmen’s bank to assist the ex-slaves in developing habits of financial responsibility.

Federal The Bureau of Refugees, Freedmen, and Abandoned Lands, usually referred to as simply the Freedmen’s Bureau, was a U.S. federal government agency established in 1865 to aid freedmen (freed slaves) in the South during the Reconstruction era of the United States, which attempted to change society in the former Confederate States.

The Freedmen’s Bureau Bill, which established the Freedmen’s Bureau on March 3, 1865, was initiated by President Abraham Lincoln and was intended to last for one year after the end of the Civil War. The Freedmen’s Bureau was an important agency of early Reconstruction, assisting freedmen in the South. The Bureau was made a part of the United States Department of War, as it was the only agency with an existing organization that could be assigned to the South. Headed by Union Army General Oliver O. Howard, the Bureau started operations in 1865. Throughout the first year, its representatives learned that these tasks would be very difficult, as Southern legislatures passed laws for Black Codes that restricted movement, conditions of labor, and other civil rights of African Americans, nearly duplicating conditions of slavery. The Freedmen’s Bureau controlled limited arable land. (Wikipedia)