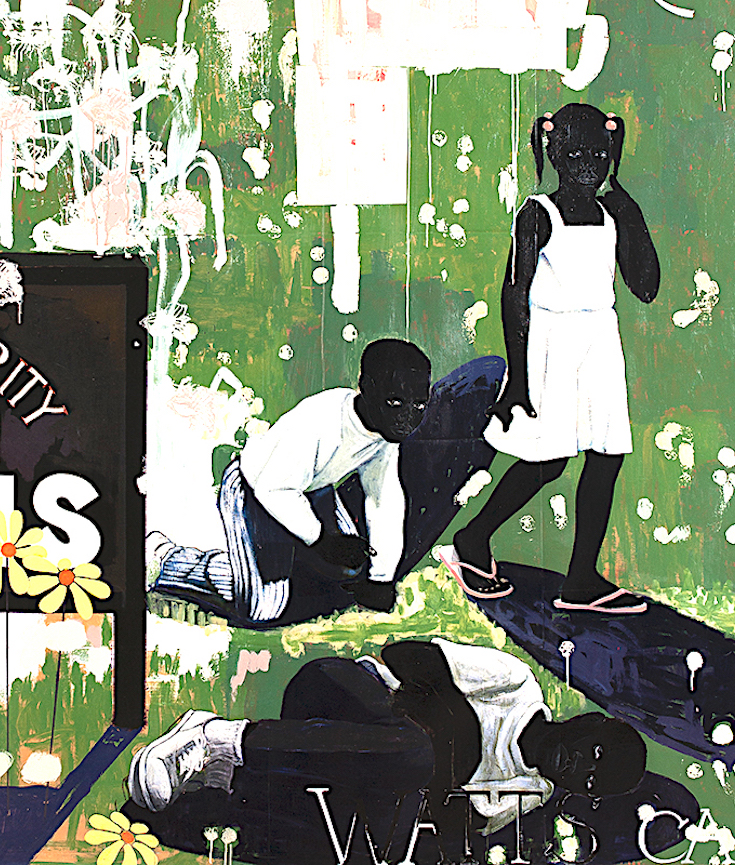 Nan Collymore | ThoughtCo
The black in Kerry James Marshall’s work is never accidental or immaterial. Marshall’s black is matte, and deep and it is a reflection: of the Black subject that is often missing from the museum space, of ourselves as Black agents in the space of the visual.

Marshall’s work was born out of the lack of Black images in paintings he encountered during museum and gallery visits as a student. He found that Black artists of the 1940s to the 1960s had increasingly been making abstraction their oeuvre and that the Black figure was largely ignored. Yet he did and does find that it is essential to see oneself in the art on the walls. “It’s psychologically damaging to continue going to places to observe other people in the place of privilege and never finding yourself able to get there,” he says. 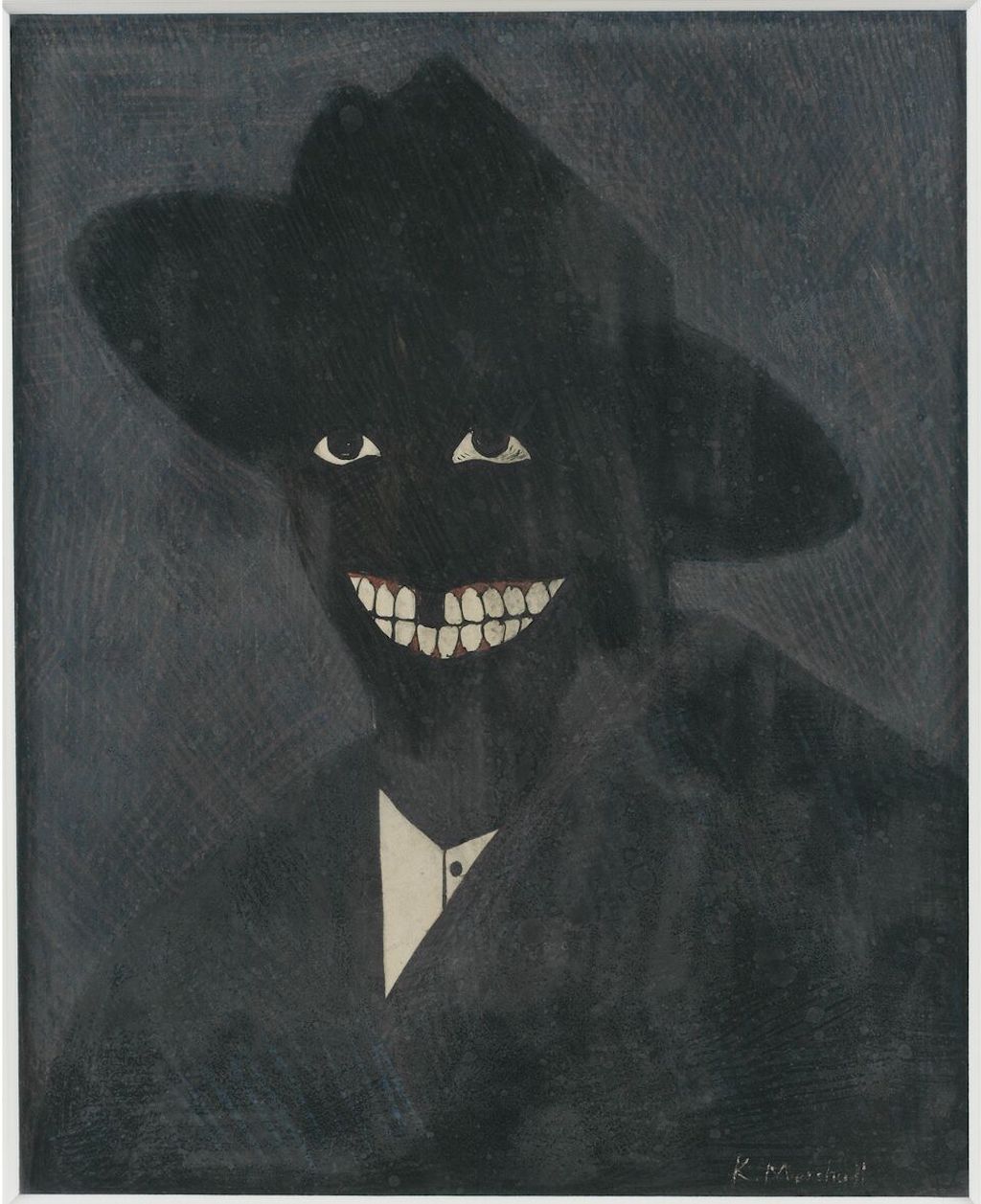 Kerry James Marshall | A Portrait of the Artist as a Shadow of His Former Self, 1980 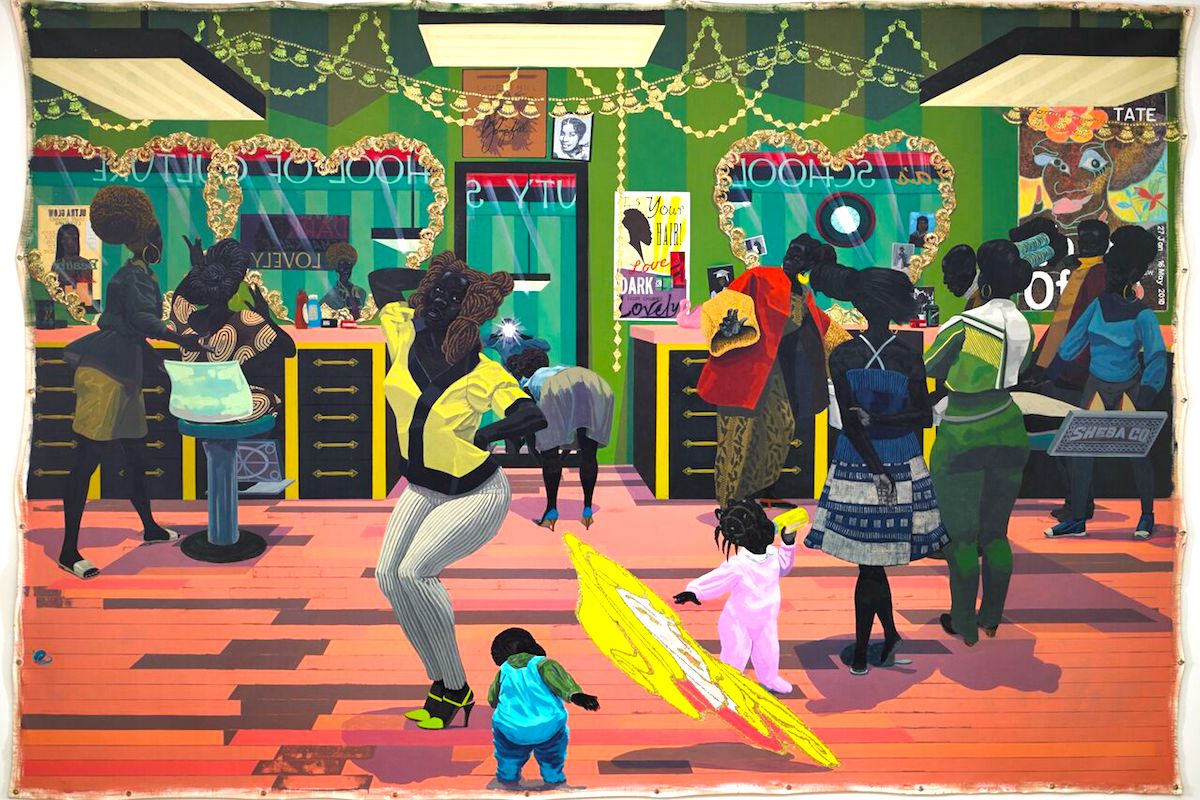 The Museum of Contemporary Art, Los Angeles (MOCA) is a contemporary art museum with three locations in greater Los Angeles, California. The main branch is located on Grand Avenue in Downtown Los Angeles, near Walt Disney Concert Hall. MOCA’s original space, initially intended as a “temporary” exhibit space while the main facility was built, is now known as the Geffen Contemporary, in the Little Tokyo district of downtown Los Angeles. The Pacific Design Center facility is in West Hollywood.

The museum’s exhibits consist primarily of American and European contemporary art created after 1940. Since the museum’s inception, MOCA’s programming has been defined by its multi-disciplinary approach to contemporary art. (Wikipedia)