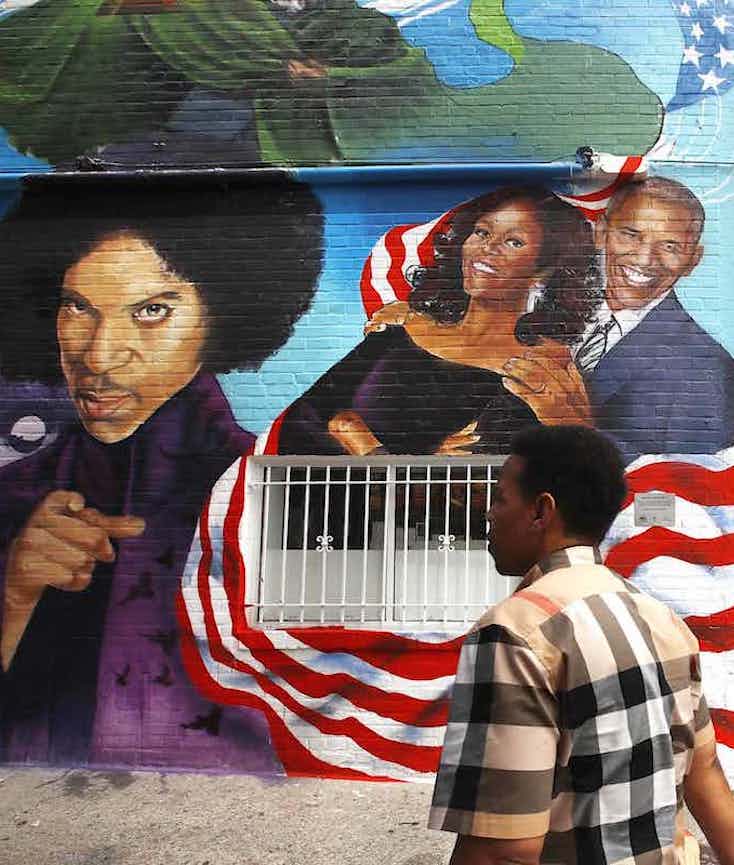 David Smith | The Guardian
People stopped, stared and posed for photos. A colourful mural on the side of Ben’s Chili Bowl restaurant, a lynchpin of African American life in Washington, included Barack and Michelle Obama, Muhammad Ali, Prince and Harriet Tubman. It included actor Taraji P Henson and rapper Wale. But one prominent local figure was missing.

“Is this where Bill Cosbyy used to be?” asked Vivian Staine, 30, a nurse and studio owner, as she beheld the artwork for the first time. “It’s kind of shocking to see Bill Cosby is down after he’s been here so long.”

The entertainer’s fall from grace has posed difficult questions for many in the black community and for Ben’s Chili Bowl in particular. Cosby has been a regular customer since his navy days in the 1950s. He befriended its owners, Ben Ali, an immigrant from Trinidad who died in 2009, and his wife Virginia, who now runs the restaurant with their three sons. A historical information sign outside states: “Thanks in part to the patronage of entertainer Bill Cosby, Ben’s has become a national landmark.” 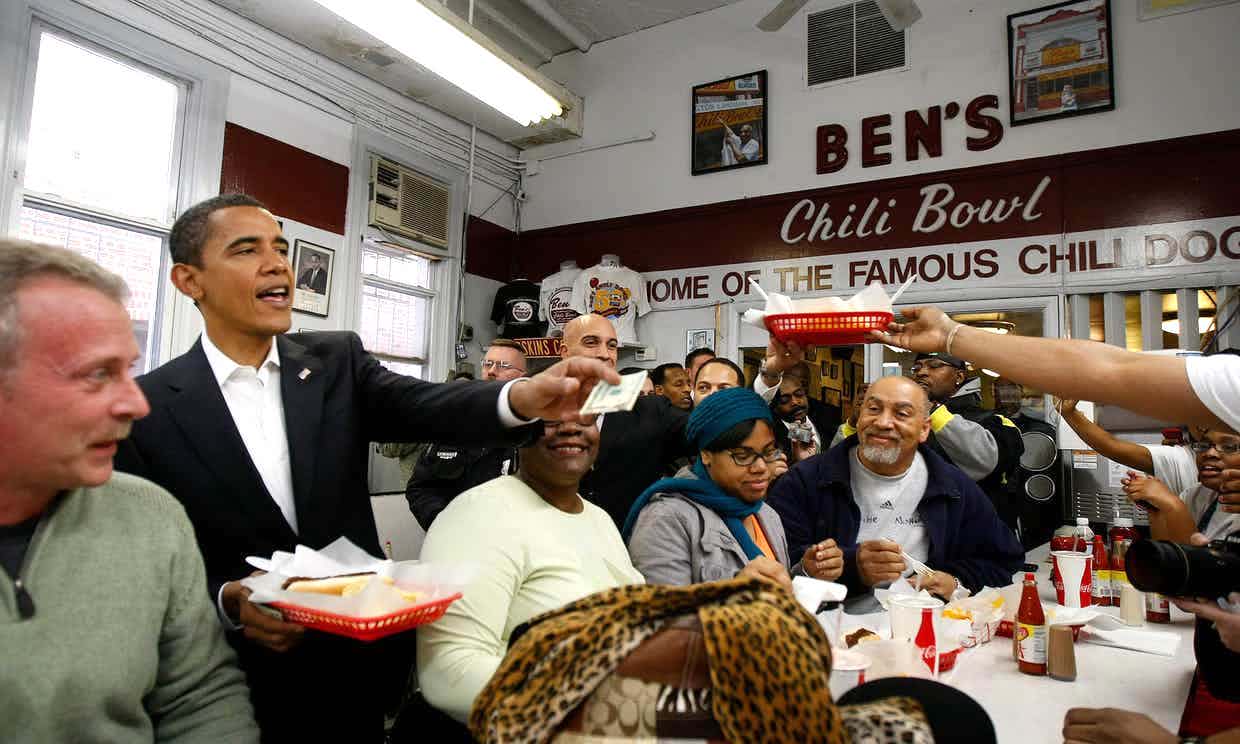 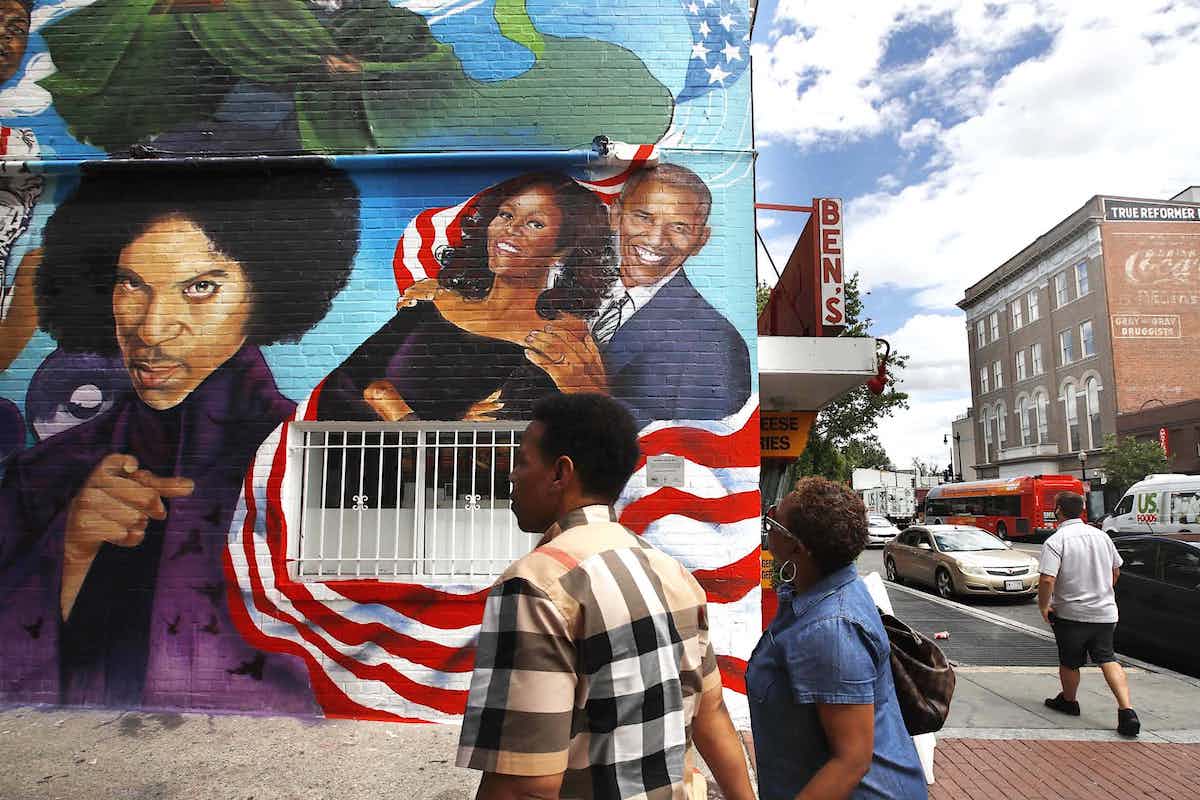 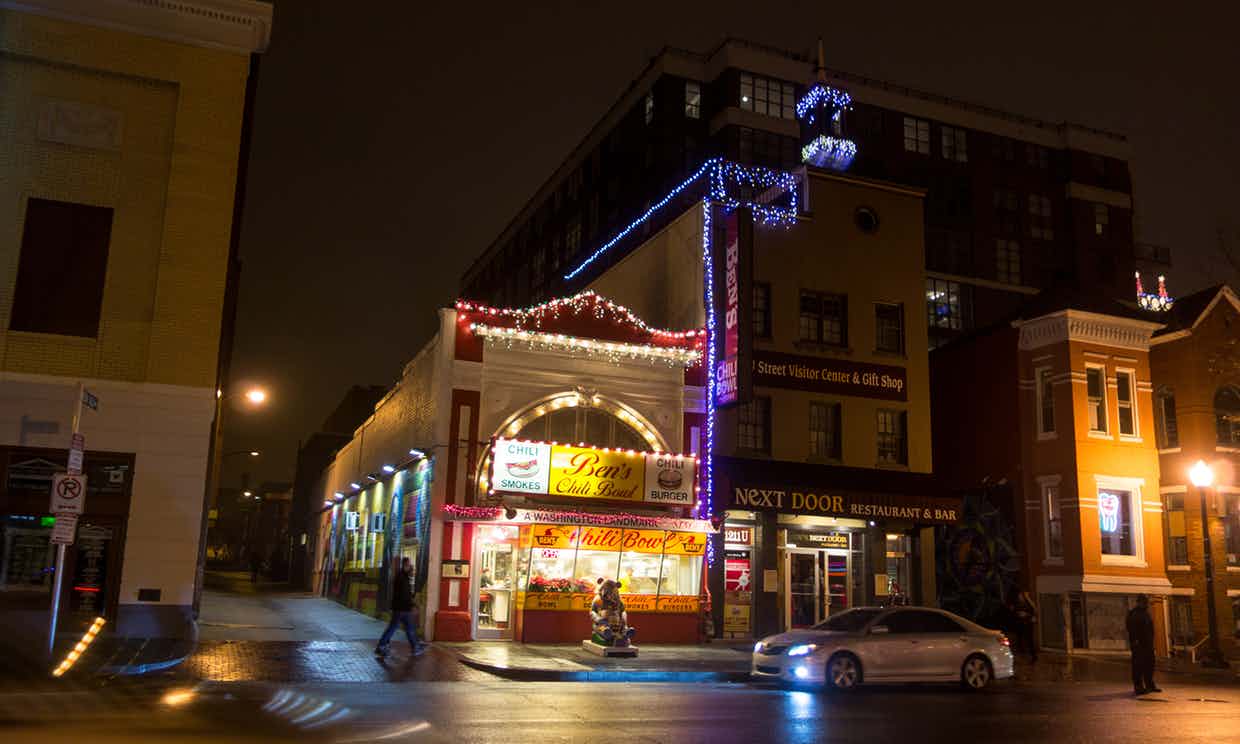 Ben’s Chili Bowl was founded on August 22, 1958 by Ben Ali, a Trinidadian-born immigrant who had studied dentistry at nearby Howard University, and his fiancee, Virginian-born Virginia Rollins. The two were married seven weeks after opening the restaurant. The building they chose was that of Washington’s first silent movie house, the Minnehaha, which was established in 1911. The building is a contributing property to the Greater U Street Historic District. Most of the furniture in the restaurant is original to the 1950s. At the time U Street was known as “Black Broadway”. Many jazz greats of the day, such as Duke Ellington, Miles Davis, and Nat King Cole, would stop by the restaurant when they performed at U Street clubs.

The U Street corridor was devastated by the 1968 riots that followed the assassination of Martin Luther King, Jr. During the riots, black activist Stokely Carmichael, leader of the Student Nonviolent Coordinating Committee, asked Ben to keep his restaurant open and the Alis obtained permission to stay open past curfew. The restaurant fed both the police officers and firemen working to impose order on the neighborhood, as well as the black activists. The violence and arson reached such an extent that Ben wrote “Soul Brother” in soap on the front window in the hopes that it would stop the angry mobs. (Wikipedia).