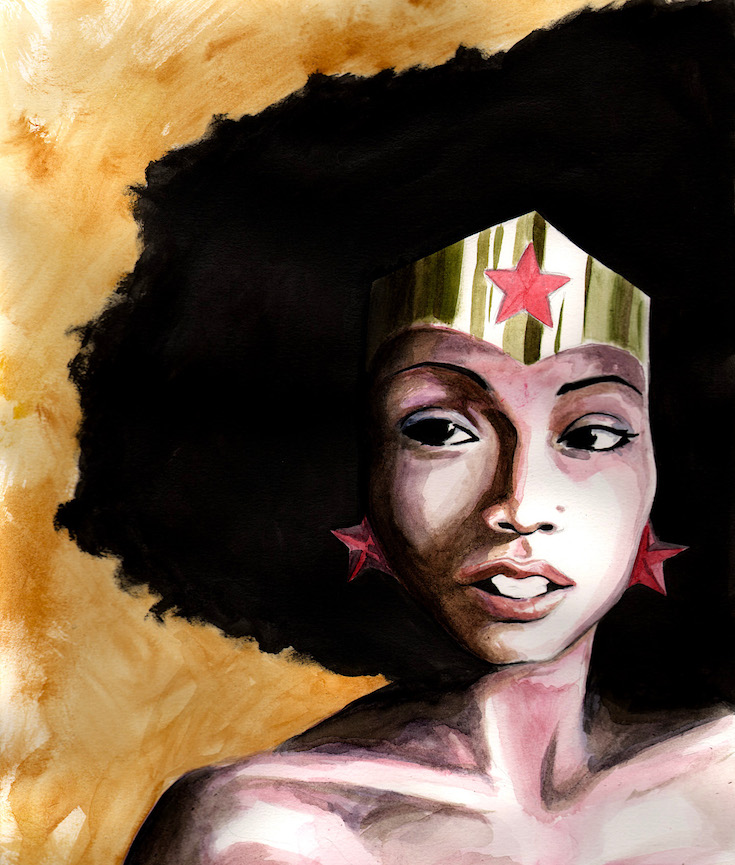 When I was eight years old, I asked my mother if Wonder Woman was black. It was 1989—almost 30 years before I’d eagerly await the premiere of the first Wonder Woman movie. As a child, I had seen the Amazonian princess portrayed by Lynda Carter, who looked unmistakably white, on the syndicated television show I loved. But in many iconic pictures in the comic books I read, Wonder Woman appeared to have a trace of melanin that made me think—maybe?

Maybe I could believably be her for Halloween? Or maybe, simply, I could be wonderful, too. “She’s white,” my mother told me, perhaps wistfully, but definitively. Not wanting to dash my hopes, she added, “But she’s not real. So she can be whatever race you want her to be.”

Later that week, at an after-school event, armed with a coloring book, a brown crayon, and my mother’s voice still in my head, I filled in Wonder Woman’s skin to match my own. A white mother who was supervising the students saw my work; with shock, she asked why I’d “ruined” my picture. I told her I’d wanted to make my heroine look like me. “It doesn’t matter,” the woman declared pointedly. “She doesn’t have to look like you. You can still want to be her.” 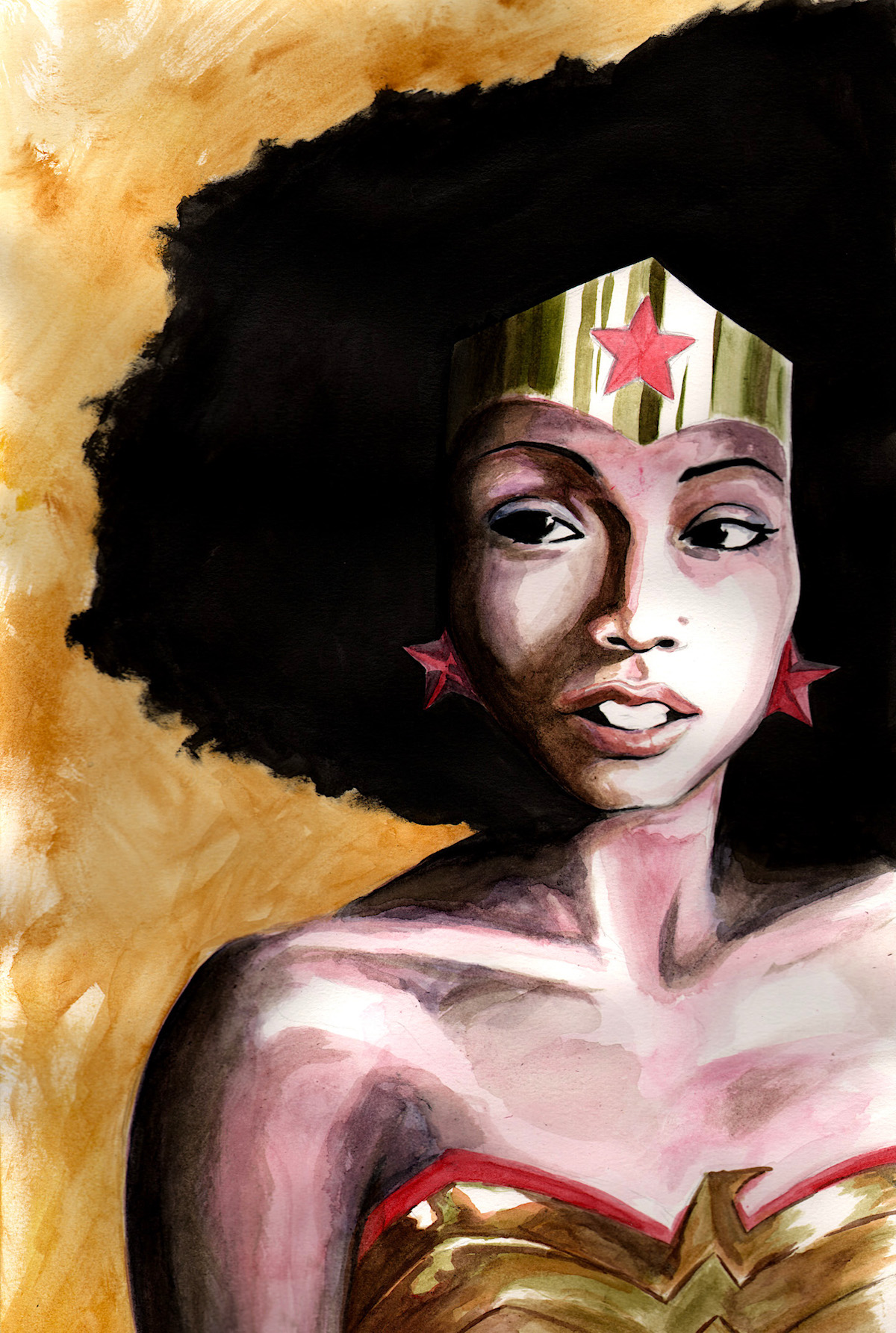 Terry Blas is the illustrator/writer behind the comics Briar Hollow, Ghetto Swirl and You Say Latino. His work has appeared in the comics Regular Show, Rick and Morty and Adventure Time. He illustrated the drag superhero book, Mama Tits Saves the World. His latest book is a fat camp murder mystery titled: Morbid Obesity, to be published by Oni Press. (Website + Twitter).