The Birthmark of Damnation: Ta-Nehisi Coates and the Black Body – Viewpoint Magazine

Just when you think you’ve arrived at a fully formed view-point on it, an adjacent one upends it.

If the view is that Sir Adjaye is a puppet of some sort for accepting the highest of imperialist honors, a concurrent view is that this same honor is testament of Sir Adjaye’s continuing monumental achievements in architecture the world over.

If the image of a black man kneeling before a white man – whether within or without context – represents no progress in black pride, it’s also helpful to remember that only a handful of architects, the majority of whom are white, have ever been knighted. 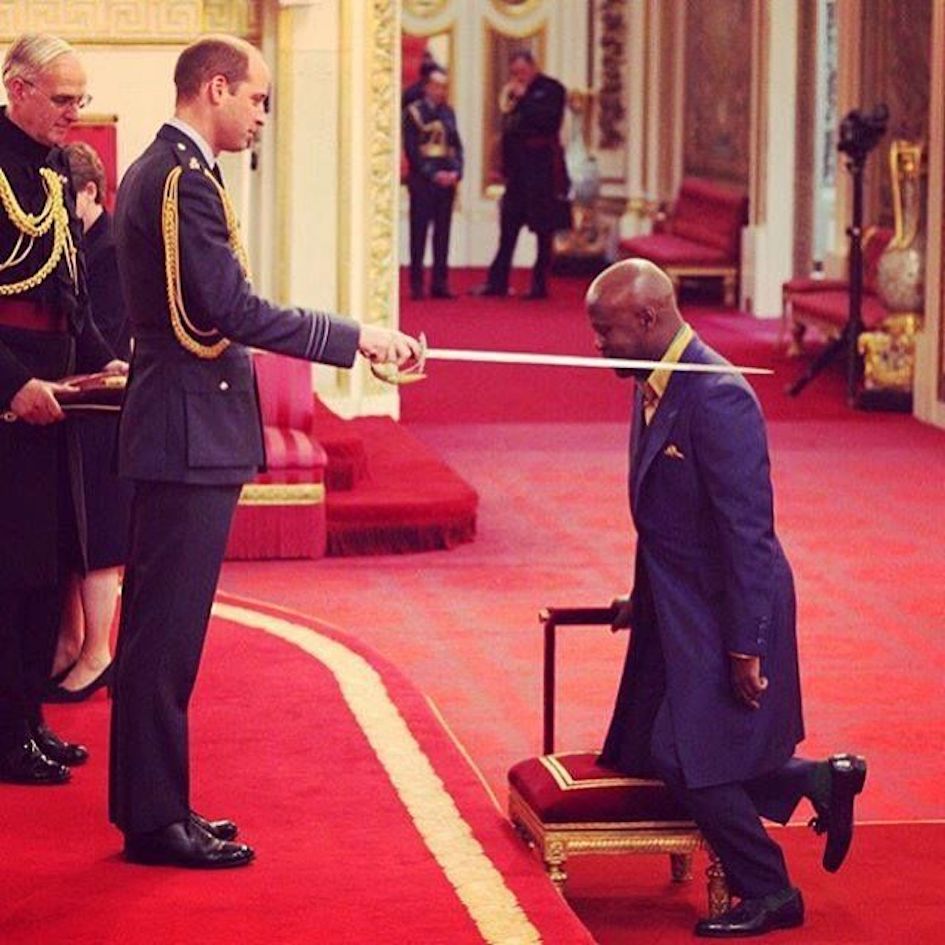 Sir David Frank Adjaye OBE RA (born September 1966) is a Ghanaian British architect. Adjaye is the lead designer of the National Museum of African American History and Culture, located on the National Mall in Washington, DC.

In 1993, the same year of graduation, Adjaye won the RIBA President’s Medals Students Award, a prize offered for RIBA Part 1 projects, normally won by students who have only completed a bachelor’s degree. Previously a unit tutor at the Architectural Association, he was also a lecturer at the Royal College of Art. After very short terms of work with the architectural studios of David Chipperfield (London) and Eduardo Souto de Moura (Porto), Adjaye established a practice with William Russell in 1994 called Adjaye & Russell, based in North London. This office was disbanded in 2000 and Adjaye established his own eponymous studio at this point.

The studio’s first solo exhibition, David Adjaye: Making Public Buildings, was shown at the Whitechapel Gallery in London in January 2006, with Thames and Hudson publishing the catalogue of the same name. This followed their 2005 publication of Adjaye’s first book, David Adjaye Houses. (Wikipedia).