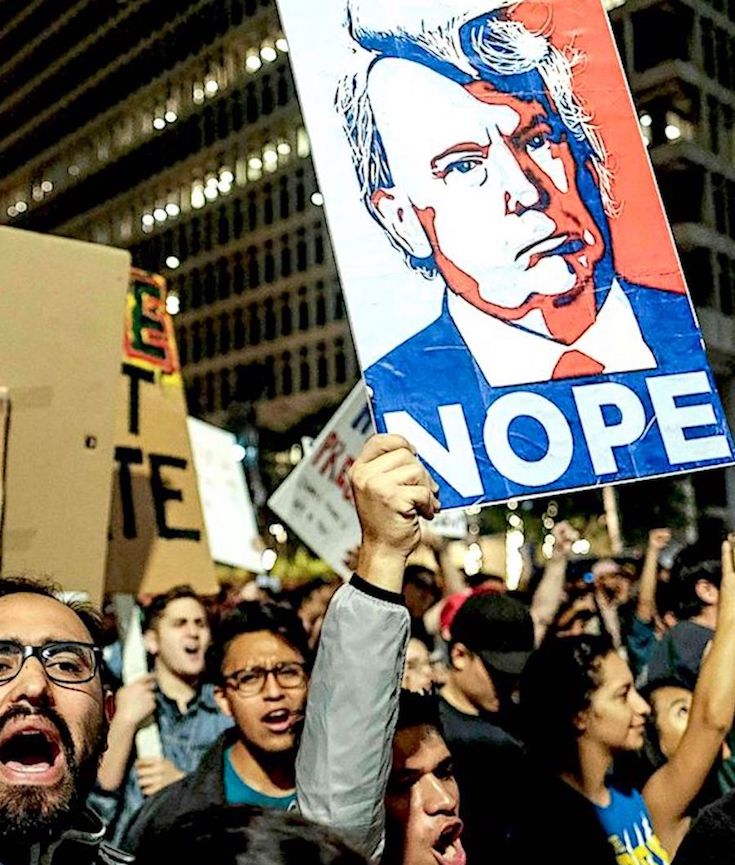 The Southern Poverty Law Center, which has aggregated media reports and gathered submissions from its website, catalogued 1064 such incidents, 13 of which were later debunked as false reports, in the first month after Trump won the presidency. (Twenty-six of those incidents were perpetrated against Trump supporters.) The SPLC has presented that data in aggregate, creating an invaluable record of the scope of post-election hate crimes.

Slate’s goal, in the curated feed below, is to present individual incidents of racism, misogyny, Islamophobia, homophobia, transphobia, anti-Semitism, and anti-immigrant sentiment as we see them reported. We will update this feed frequently, and though our list is not comprehensive, we aim to make it as complete as possible. 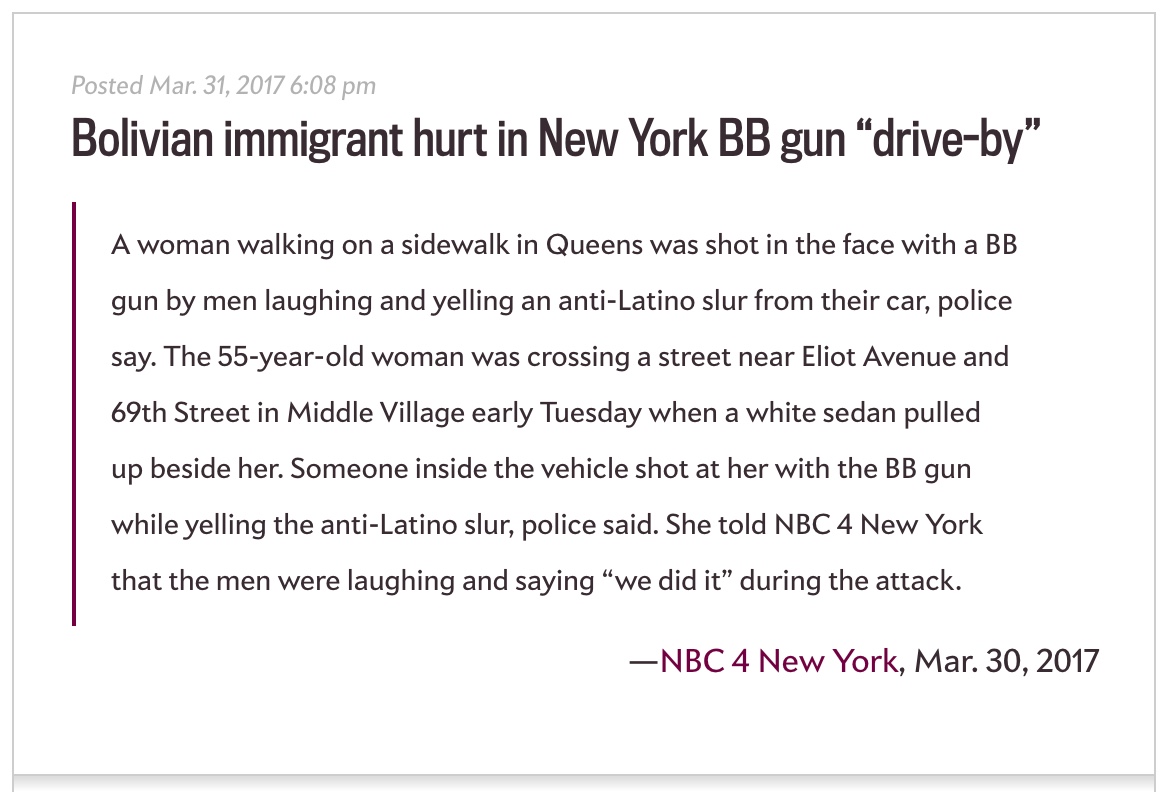 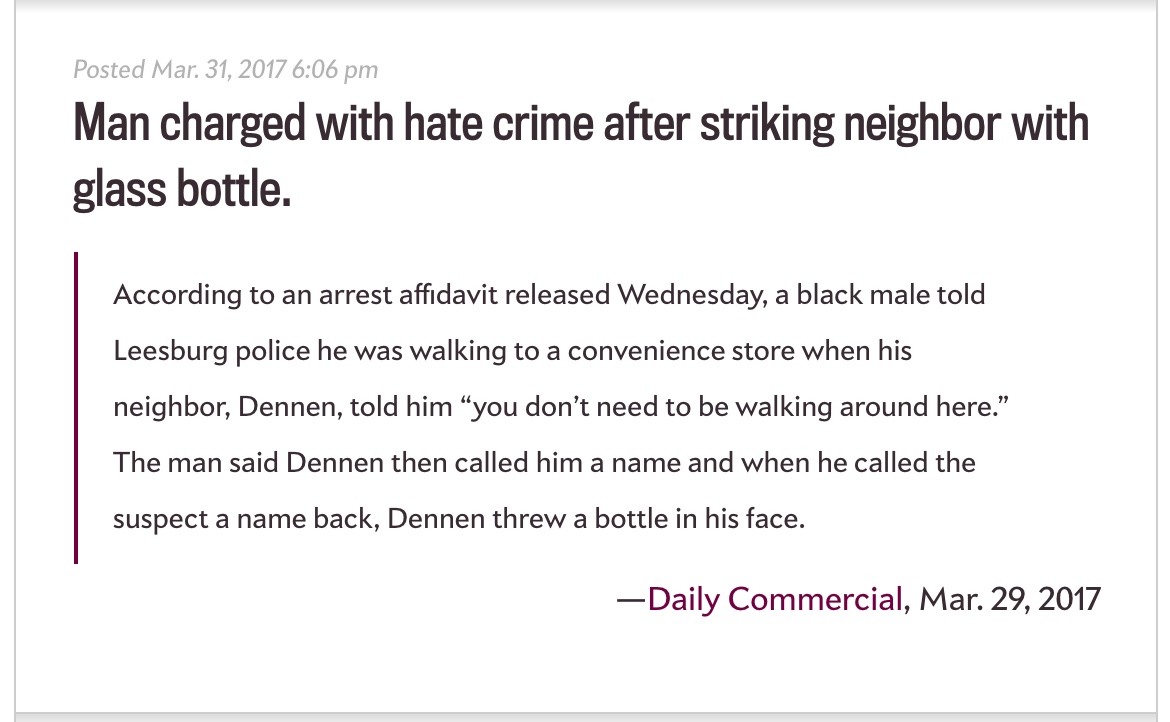 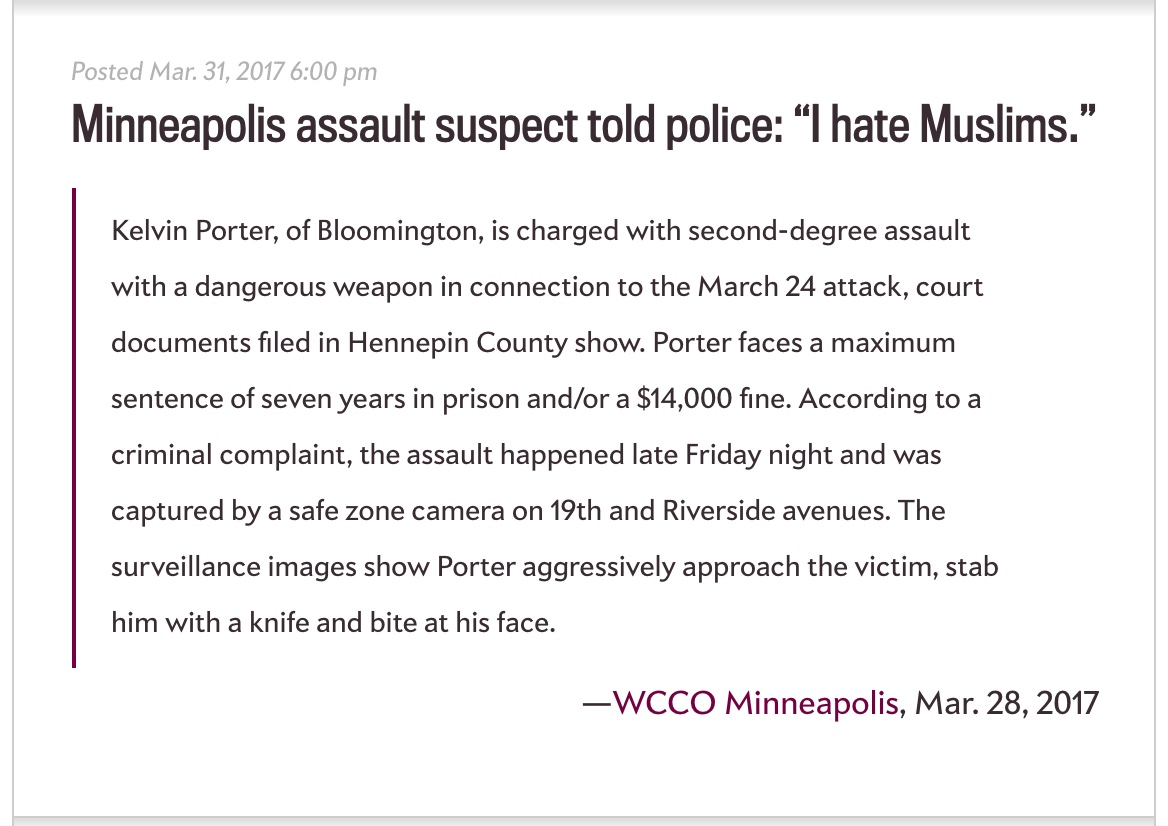 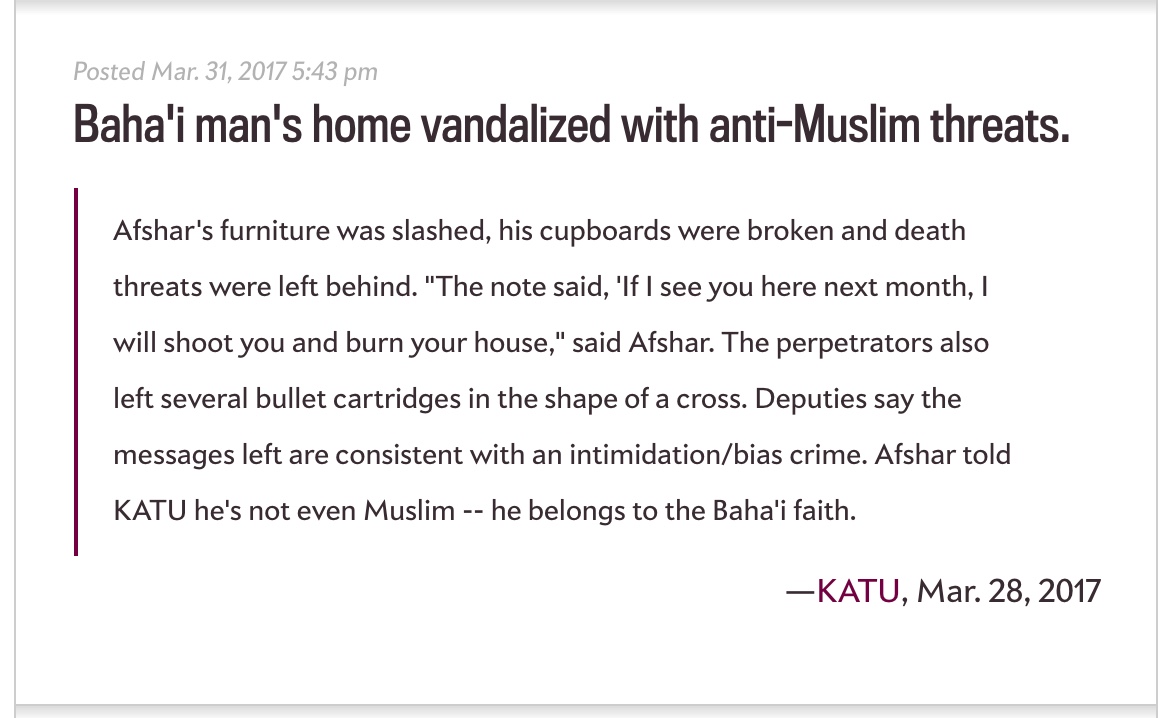