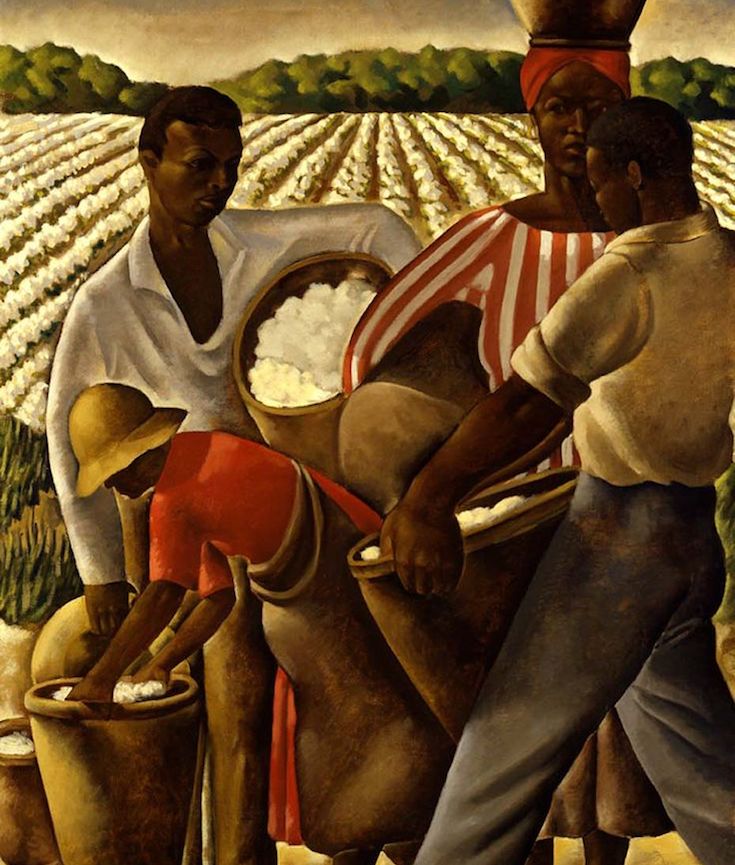 One is that we need it because our president and his spokesman seem to have no idea who Frederick Douglass was or even that he is not currently alive. But a second is that, mysteriously, it seems a large number of Americans believe that the inventor of the cotton gin, Eli Whitney, was black.

This became a topic of chatter online on Wednesday when Rembert Browne, a writer-at-large for New York magazine, tweeted about it:

What’s going on? First things first: Whitney was white. He is not a mysterious figure. He was born in 1765 in Massachusetts to a wealthy farming family, he went to Yale, he married Jonathan Edwards’ granddaughter, and he died in 1825. Portraits composed during his own lifetime confirm that he was, indeed, a white guy.

But it appears that thousands, maybe millions, of Americans have grown up believing otherwise. There seems to be no geographical locus for the misinformation. Commenters from Georgia, California, Kentucky, Indiana, Ohio, Virginia, Kansas, Florida, and Massachusetts insisted online on Wednesday they had been taught in school that Whitney was black. Older examples of this conviction are as plentiful as cotton bolls on a Georgia plantation: Here’s a woman indignant that Ball Park depicted Whitney as white in a TV ad. “Eli Whitney was a slave,” writes a contributor to a forum on black issues. “Name five important black people from history beside Rosa Parks, MLK Jr., Eli Whitney or Malcolm X,” a Reddit contributor requests. On another Reddit thread, commenters commiserate over their shared false memory of Whitney’s race. As of this writing, 55 percent of respondents to a BuzzFeed poll posted Wednesday say they have always believed Whitney was black. “I always knew he was white, but I always knew people who thought he was black,” says Chris Hartig, who took this photo of a poster in his Illinois high school back in 2012: 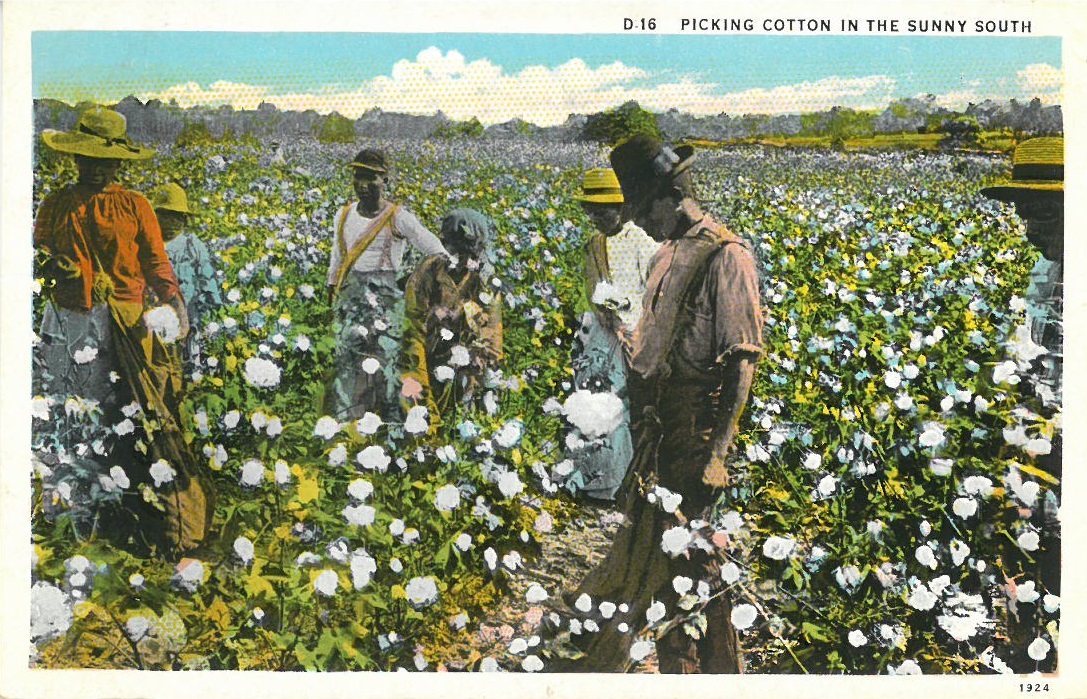 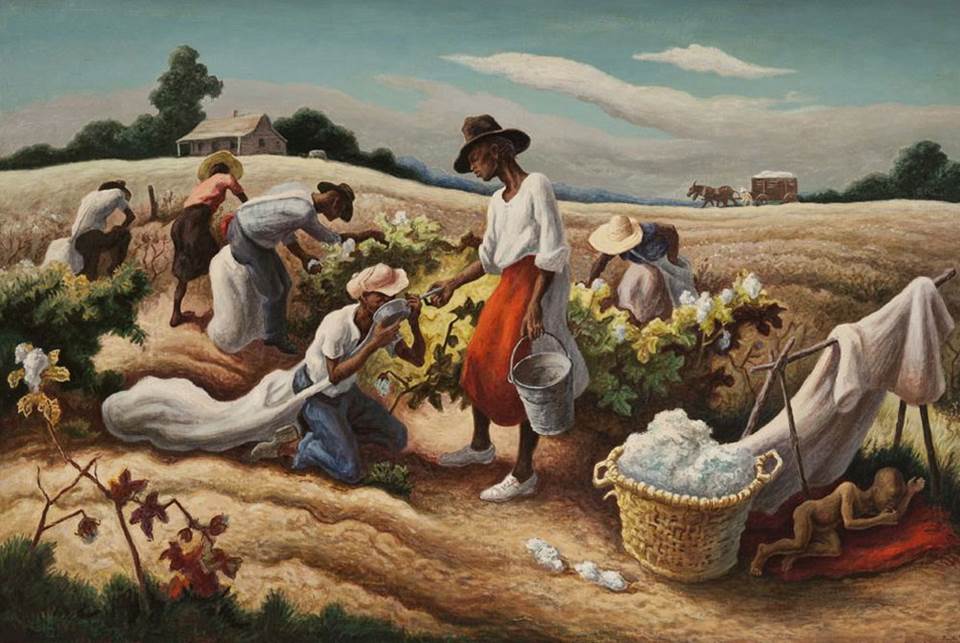 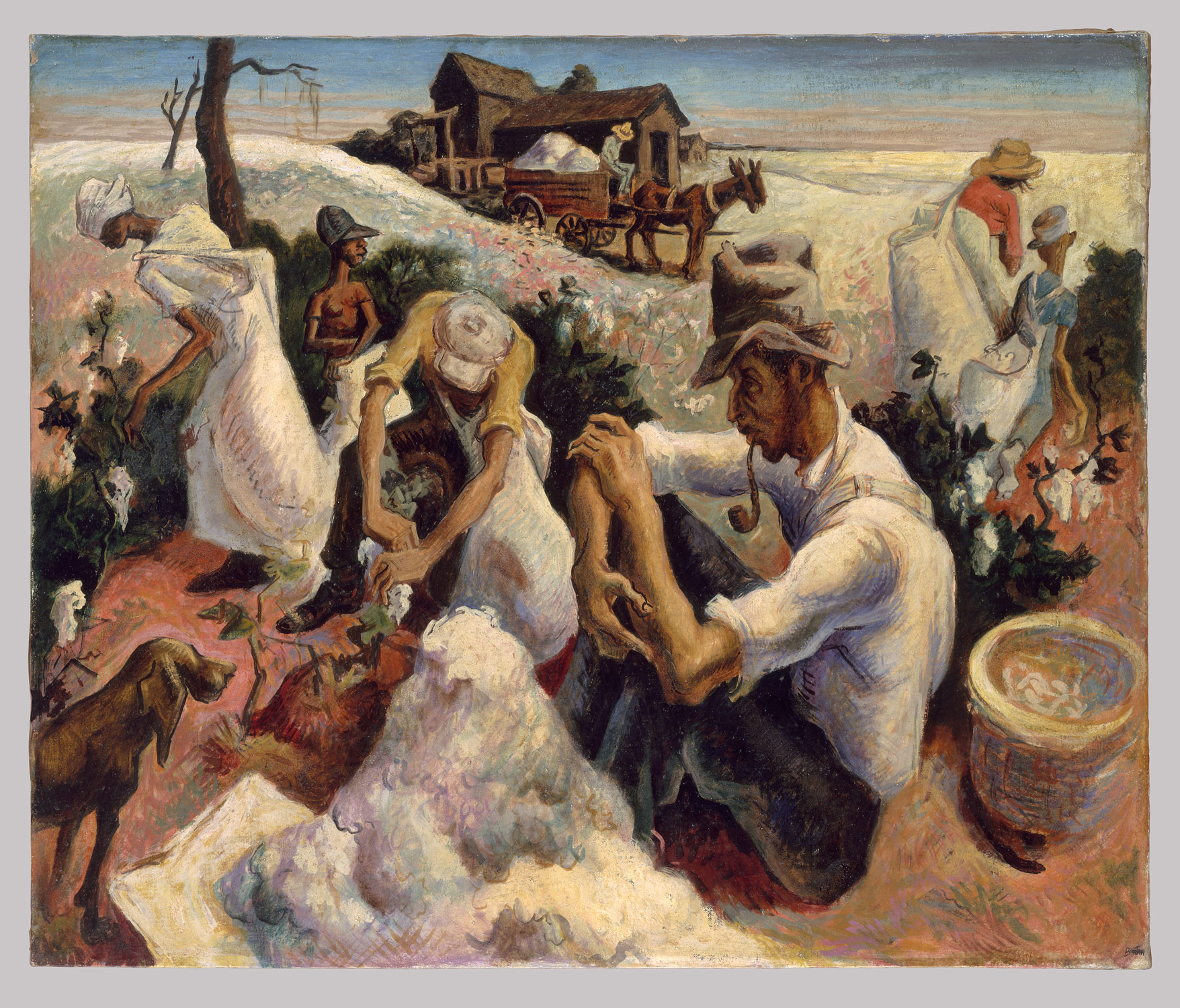 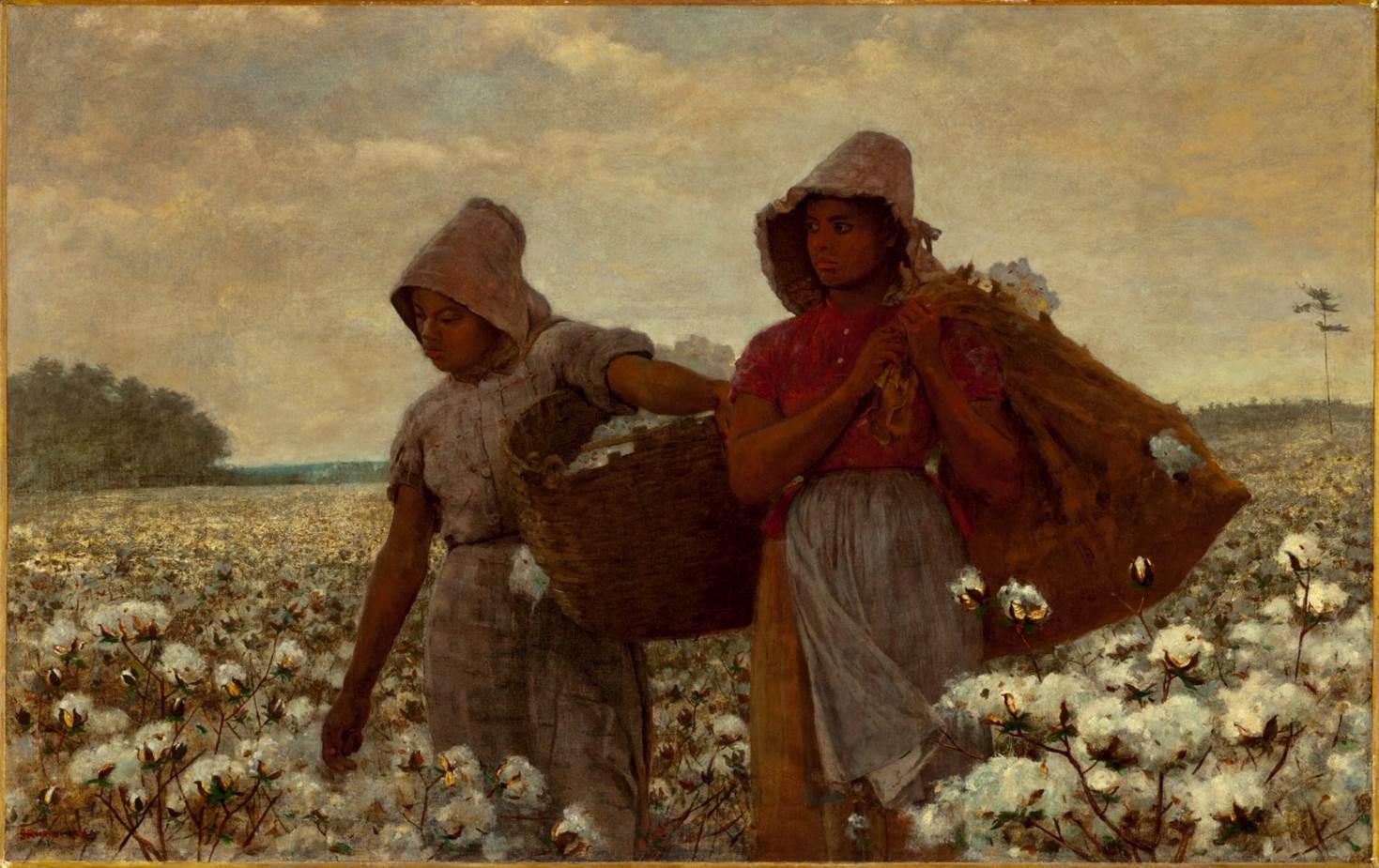 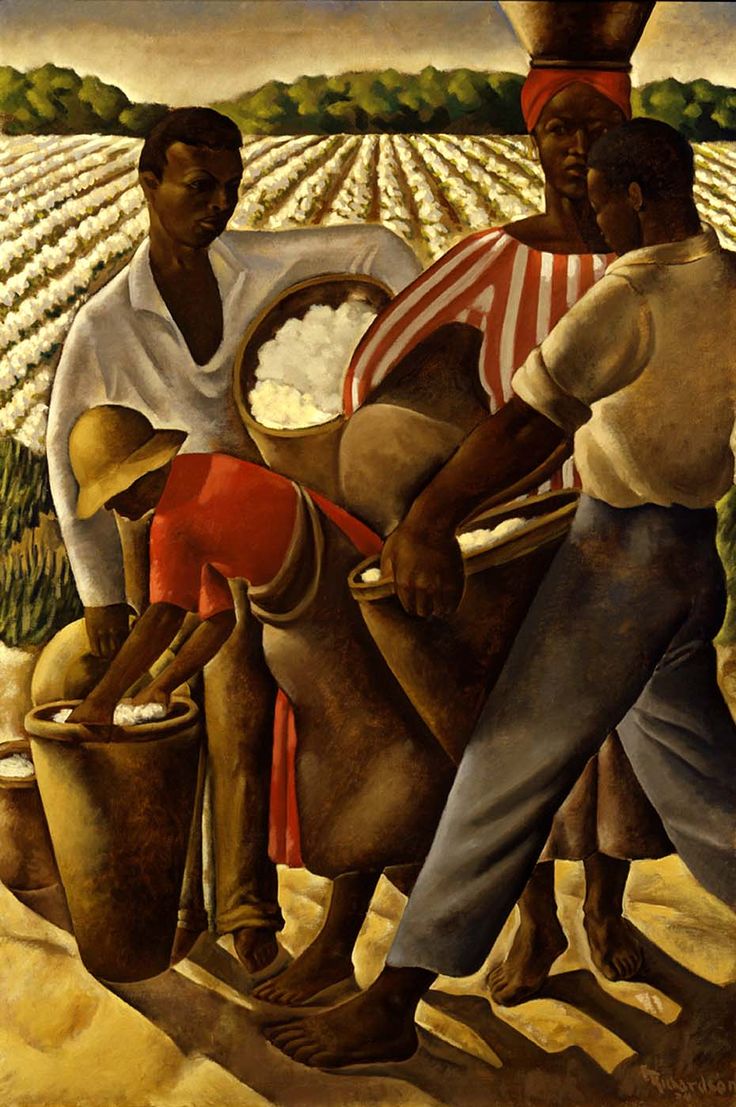 Earle Wilton Richardson, (1912–1935) was an African-American artist made famous mainly for an oil painting of his dating from 1934 titled Employment of Negroes in Agriculture.

This now iconic picture (size 48 × 32 inches) depicts two male and one female black cotton workers in an unidentified Southern state loading cotton into bales. Like many other artworks at the time, the painting was commissioned and financed under the New Deal. Richardson committed suicide the following year. He was born and lived in New York City, NY.

“Richardson and fellow artist Malvin Gray Johnson planned to say more about the history and promise of black people in their mural series Negro Achievement, slated to be installed in the New York Public Library’s 135th Street Branch, but neither young man lived long enough to complete the project.”

“After Johnson’s sudden illness and death in November 1934, Richardson continued to work on their mural project. But within a year he too was dead; ill with fever and heart-broken over the death of Johnson, who had been his lover, Richardson leapt from his fourth-floor apartment window and died of his injuries in December 1935.” (Anreus et al., p. 136) (Wikipedia).