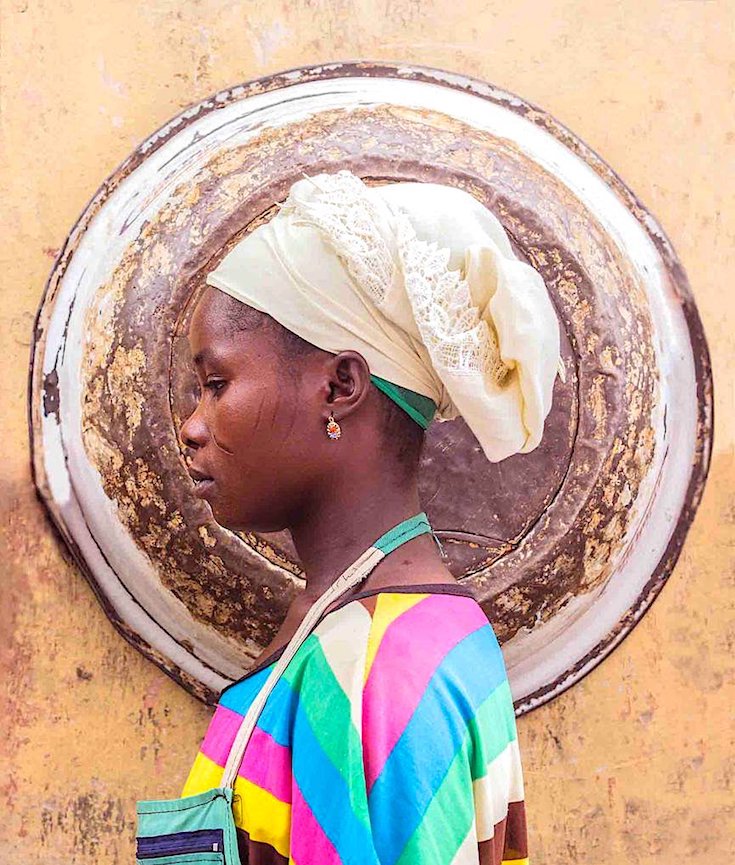 Baltimore Police Agree to Stop Abusing Their Power – The Atlantic

In everything from music to design, we continue to see new creatives, striving to break the mold and follow their own path. Ghana has a rich photographic tradition, with legends like James Barnor and Bruce Vanderpuije being part of the stellar canon through which one can vicariously experience the Ghana of yesterday in all its diverse aspects.

Despite the fact that fashion, travel, wedding and event photographers are producing commanding visuals that combat the vile misrepresentation of Ghana and Africa as a whole seen in mainstream media, other creatives seek to go even further and challenge how we perceive an image. Through nuanced composition and embedded concepts, these new age photographers’ work will leave you awestruck.

#Sassa @gallery1957 will be up for one more day. Screenprints from the selfportrait series will be shown at the Joburg ArtFair with @marianeibrahimgallery Sept 9-11th. "Paul West Home speaks from a legend in which Tezcatlipoca gives his opponent Quetzalcoatl a mirror to destroy him. As Quetzalcoatl sees himself in the mirror, he becomes horrified by his ugliness, such that he requests that a mask be made for him to conceal his face forever. Via the power of the mask, he frees himself from his own being and transforms into a higher personality. The mask hereby stands out as a second “I”. The second “I” is a characteristic element of magical significance in all Mesoamerican cultures: „The pre-Columbian man has two names. Aside the normal name in the daily life, he has a ritual one- the name given at his birth which signifies the day. Two names, two different personalities: One corresponds to the physical-real, the other to the ritual-personality.” From the The Art Old Mexikos, 1966 @fnbjoburgartfair #camoflauge #disguised #cyperuspapyrus #wisteria #selfpotrait #screenprintedfabric #accraartist #spirituality #belonging #home

starting to document the entirety of this piece. #latitudes #writing #arthistory

Ghana | Officially the Republic of Ghana

The territory of present-day Ghana has been inhabited for millennia, with the first permanent state dating back to the 11th century. Numerous kingdoms and empires emerged over the centuries, of which the most powerful was the Kingdom of Ashanti. Beginning in the 15th century, numerous European powers contested the area for trading rights, with the British ultimately establishing control of the coast by the late 19th century. Following over a century of native resistance, Ghana’s current borders were established by the 1900s as the British Gold Coast. In 1957, it became the first sub-saharan African nation to declare independence from European colonisation.

A multicultural nation, Ghana has a population of approximately 27 million, spanning a variety of ethnic, linguistic and religious groups. Five percent of the population practices traditional faiths, 71.2% adhere to Christianity and 17.6% are Muslim. Its diverse geography and ecology ranges from coastal savannahs to tropical jungles. Ghana is a democratic country led by a president who is both head of state and head of the government. Ghana’s economy is one of the strongest and most diversified in Africa, following a quarter century of relative stability and good governance. Ghana’s growing economic prosperity and democratic political system have made it a regional power in West Africa. It is a member of the Non-Aligned Movement, the African Union, the Economic Community of West African States (ECOWAS), Group of 24 (G24) and the Commonwealth of Nations. (Wikipedia)