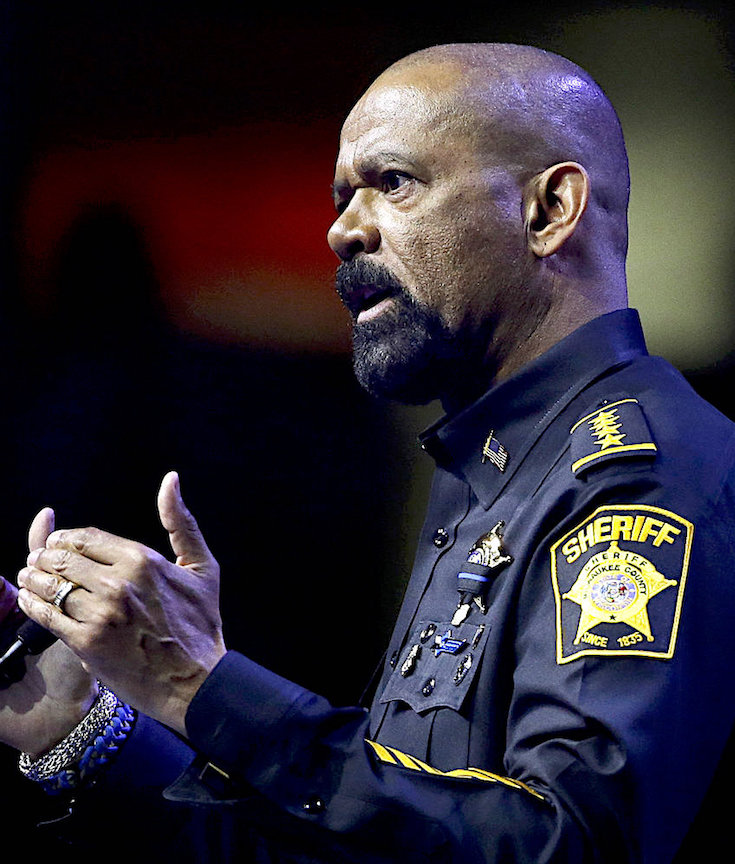 Clarke is reportedly under consideration for the position of Homeland Security Secretary. The post of Homeland Security Secretary manages 240,000 employees with the mission “to secure the nation from the many threats we face.” One of Clarke’s ideas about how the nation should achieve this goal is by suspending habeas corpus for up to one million he suspects of being terrorist sympathizers and detaining them indefinitely in Guantanamo Bay Prison.


So, yeah, the guy whose job it might be to defend the homeland essentially wants martial law declared with he and Trump put in charge. 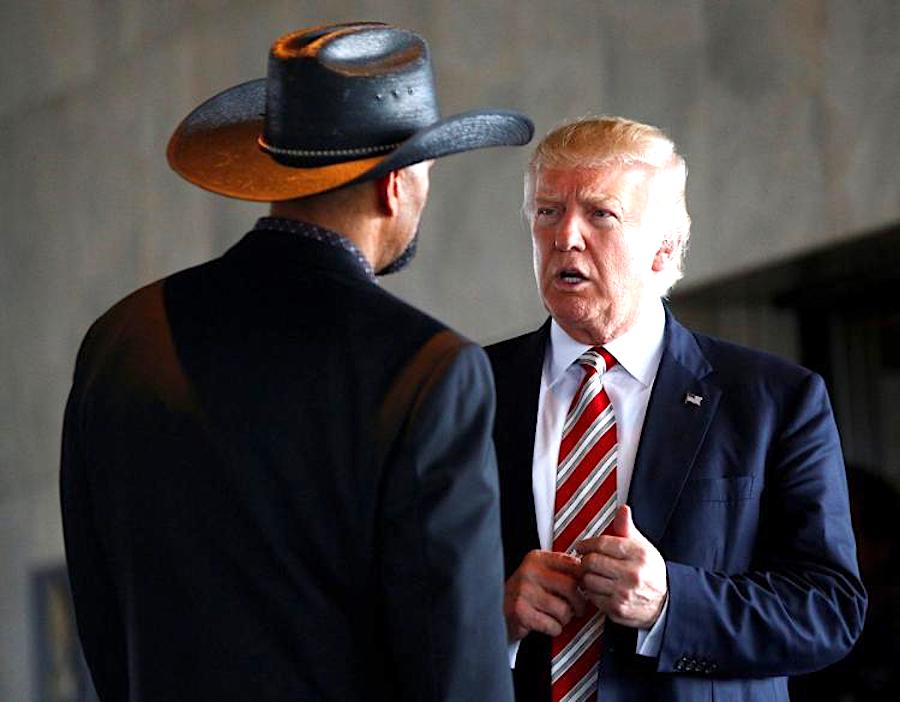 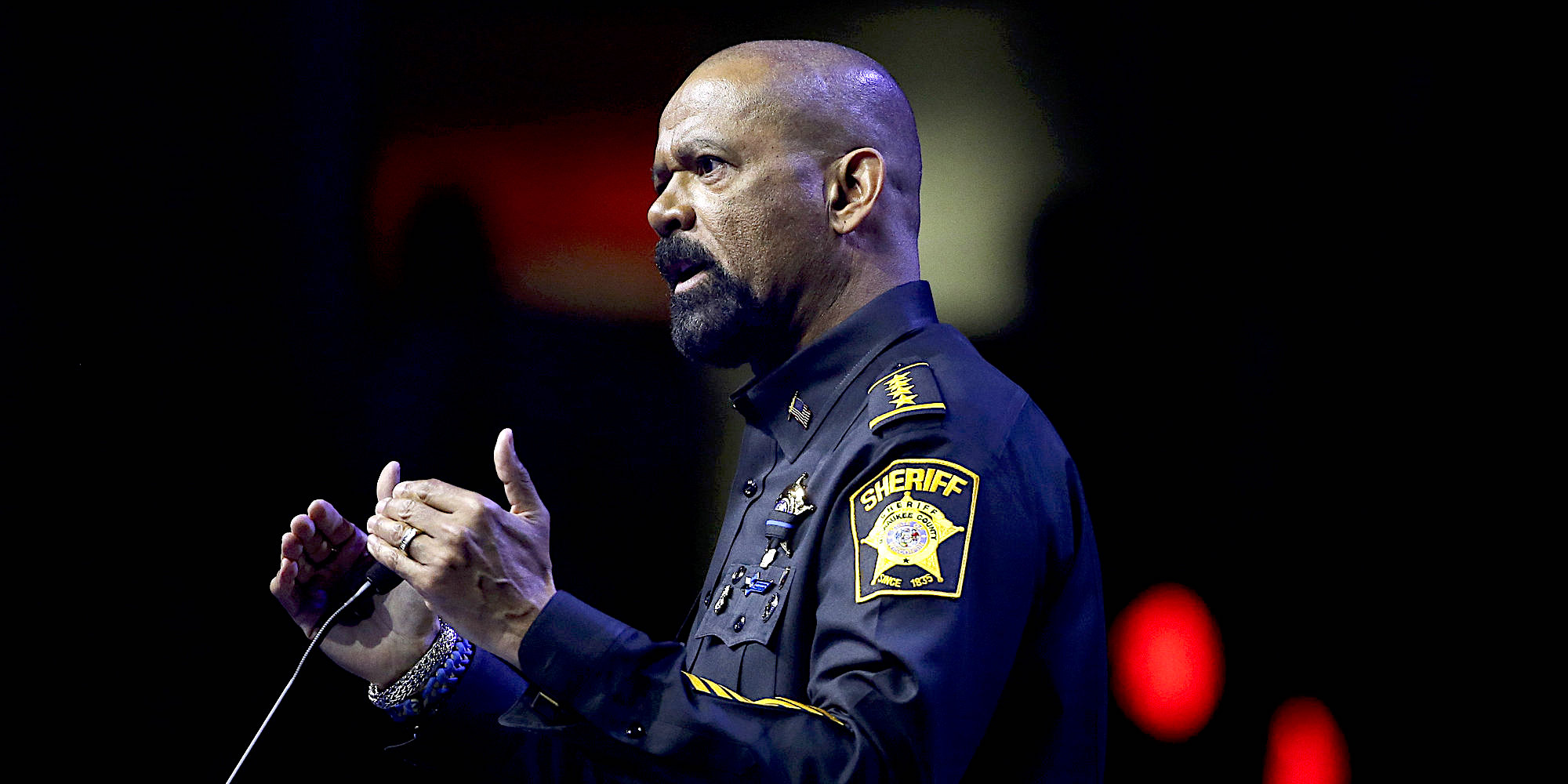 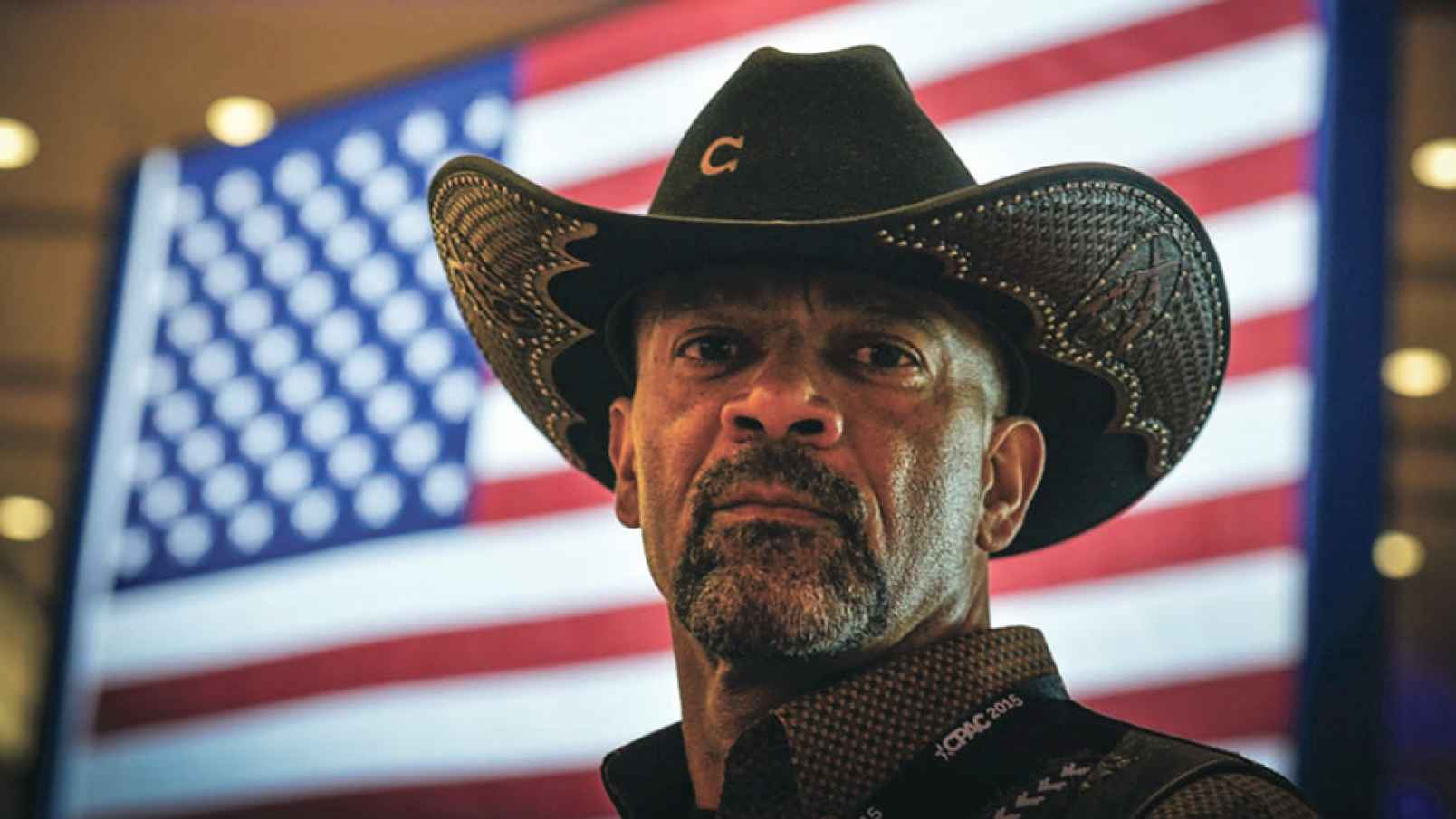 David Alexander Clarke Jr. (born August 21, 1956) is the 64th Sheriff of Milwaukee County, Wisconsin. In 2002, Clarke was appointed to a vacancy by Governor Scott McCallum, and later elected that same year to his first four-year term. He was re-elected in November 2006, 2010, and 2014, and is currently serving his fourth full term. Although registered and elected as a Democrat in a heavily Democratic county, Clarke’s political views align well with conservative Republicans. Clarke frequently appears as a guest on Fox News and was a speaker at the 2016 Republican National Convention.

Political Views & Associations
Clarke is registered as a Democrat, which, according to Journal Sentinel reporter Daniel Bice, is advantageous in heavily Democratic Milwaukee County. However, Clarke is almost universally regarded as a conservative and has been referred to as “right of most righties.” Clarke “is frequently critical of Milwaukee Democrats, such as Milwaukee Mayor Tom Barrett; he speaks at many Republican functions, and he has the backing of the National Rifle Association,” which has raised funds for his reelection campaigns. Clarke has in turn been criticized by the local Democratic Party. On his website in 2014, Clarke stated that he questioned “why the Office of Sheriff is a partisan election” and wrote: “I have never asked a person to vote for me because I run as a Democrat. I ask them to vote for me based on my 35-year commitment to keeping citizens safe. Most voters get it when it comes to public safety. There is no Democrat or Republican way to be a sheriff. The enemy is not the opposing party; the enemy is the criminal.”

Clarke is viewed as an “iconoclastic sheriff,” one of “a long line of controversy-courting lawmen” that includes Richard Mack and Joe Arpaio in Arizona. Clarke has been “associated with those on the political extremes” on occasion, and has attracted attention for these “dalliances with the far right.” In 2013, Clarke accepted the “Sheriff of the Year Award” by the Constitutional Sheriffs and Peace Officers Association, a group of sheriffs founded by Mack. The Southern Poverty Law Center has criticized founder Mack and his organization for espousing “radical-right” views. Earlier the same year, Clarke appeared for an interview on the syndicated show of Alex Jones, who is “best known for his anti-government views and conspiracy theories on everything from fluoride to the 9-11 terrorist attacks.” Clarke has also appeared on CNN, Fox News, and other major news outlets to discuss ongoing police controversies.

Clarke is a frequent and vociferous critic of the Black Lives Matter (BLM) movement, referring to it as “Black Lies Matter” and describing the movement as a hate group. Clarke denies that cops are more willing to shoot black suspects than white suspects, has labeled BLM activists “subhuman creeps,” and has called for the eradication of the movement “from American society.” He also warned in Twitter about Black Lives Matter’s supposed willingness to join forces with ISIS. Clarke has blamed “liberal policies” for rioting and other issues in American cities. Clarke’s stance on the movement has been criticized by the Milwaukee chapter of the NAACP and other activists.

Clarke has harshly criticized various black critics of police abuses. He has called former Attorney General Eric Holder an “a-hole” and accused him in testimony before the Senate Judiciary Committee of “outright hostility” toward police; referred to Al Sharpton as a “charlatan”; and criticized Beyoncé for her referencing Black Panthers in her halftime-show performance at the 2016 Super Bowl.