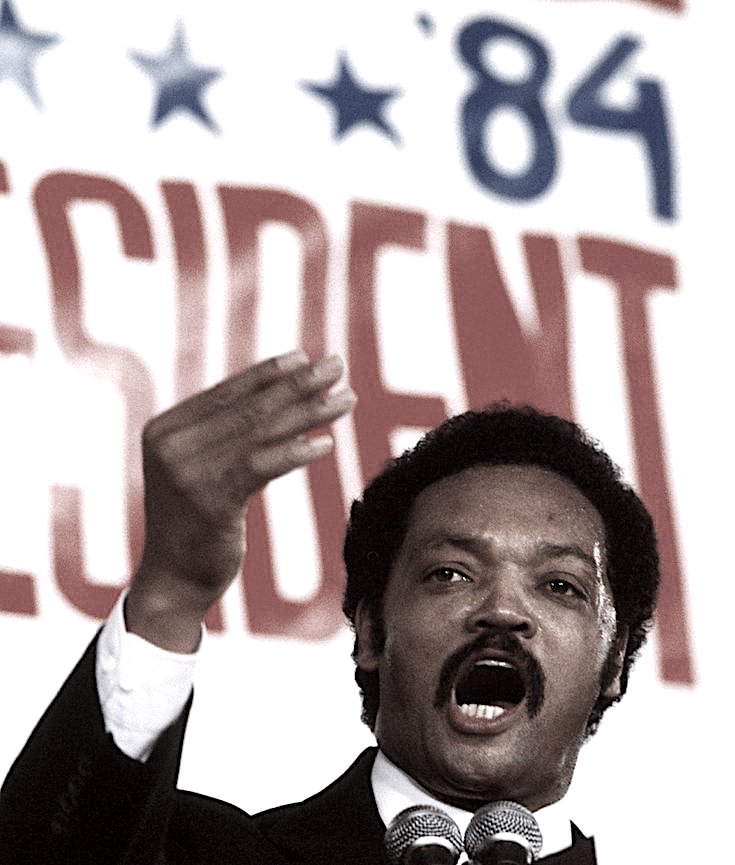 Demoralized Democrats have a road map for success in Trump’s America. It was written by Jesse Jackson.

Jesse Jackson first ran for president during the national farm bust of the early 1980s. Debt for farmers had exploded from $85 billion in 1976 to $216 billion in 1983, with little relief in sight. As Jackson laid the groundwork for his 1984 campaign, the crisis had become so acute that he often found himself preaching his “populist Pentecostalism”—to borrow a phrase from biographer Marshall Frady—to large audiences of angry white farmers in the Midwest. It was an almost unbelievable circumstance for an unusual candidate who had to make unlikely alliances if he wanted national traction.


At a rally in 1984, some of those farmers arrived wearing paper bags over their heads, to obscure their faces. It wasn’t until later that Jackson learned they were trying to hide their identities from farm bureau officials. “I looked out there, all these guys in hoods. Sort of a little moment there,” Jackson recalled a few years later in a conversation with farmer and supporter Roger Allison, as recounted by Frady. “But our people have always had more in common than other folks supposed—right, doc? We’ve both felt locked out. Exploited and discarded. People saying about the family farmer exactly what they say about unemployed urban blacks, ‘Something’s wrong with them. If they worked hard like me, wouldn’t be in all that trouble.’ Fact, more you get into this thing, more you realize that black comes in many shades. We’ve found out we kin.” 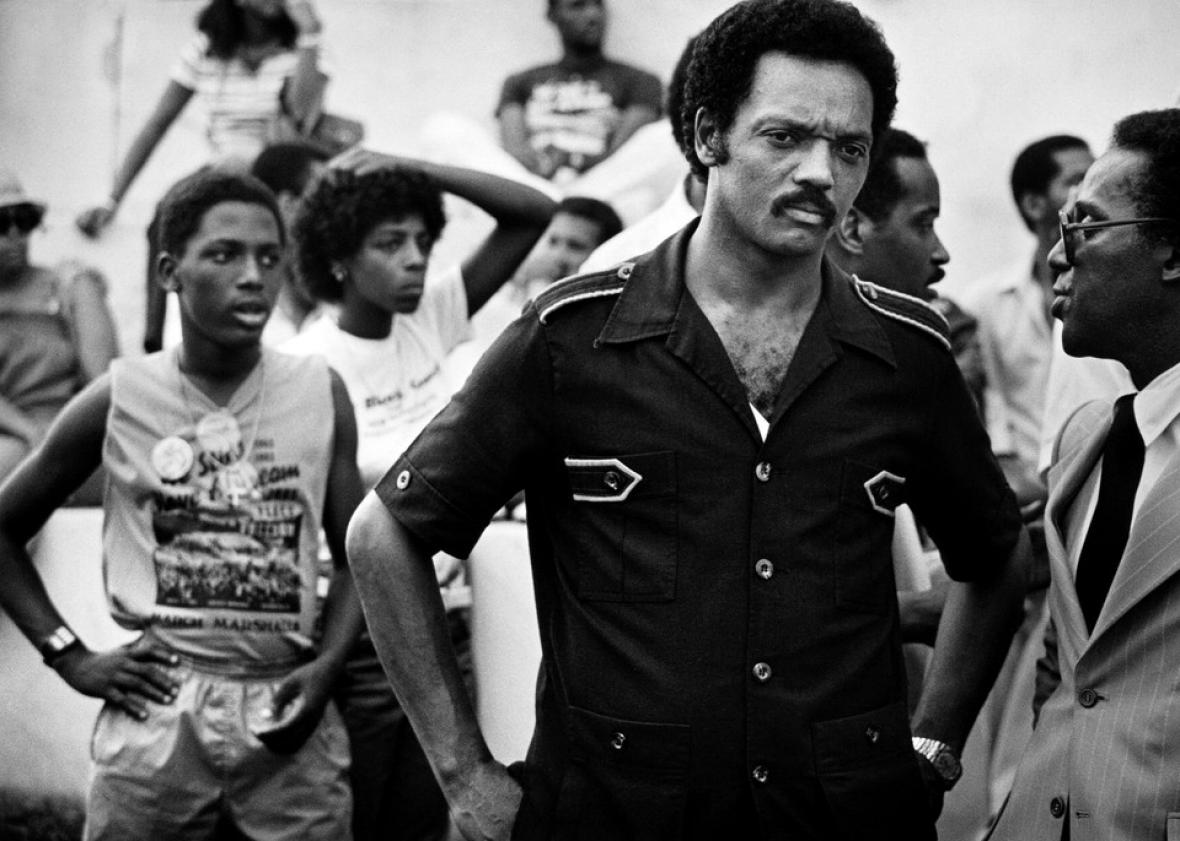 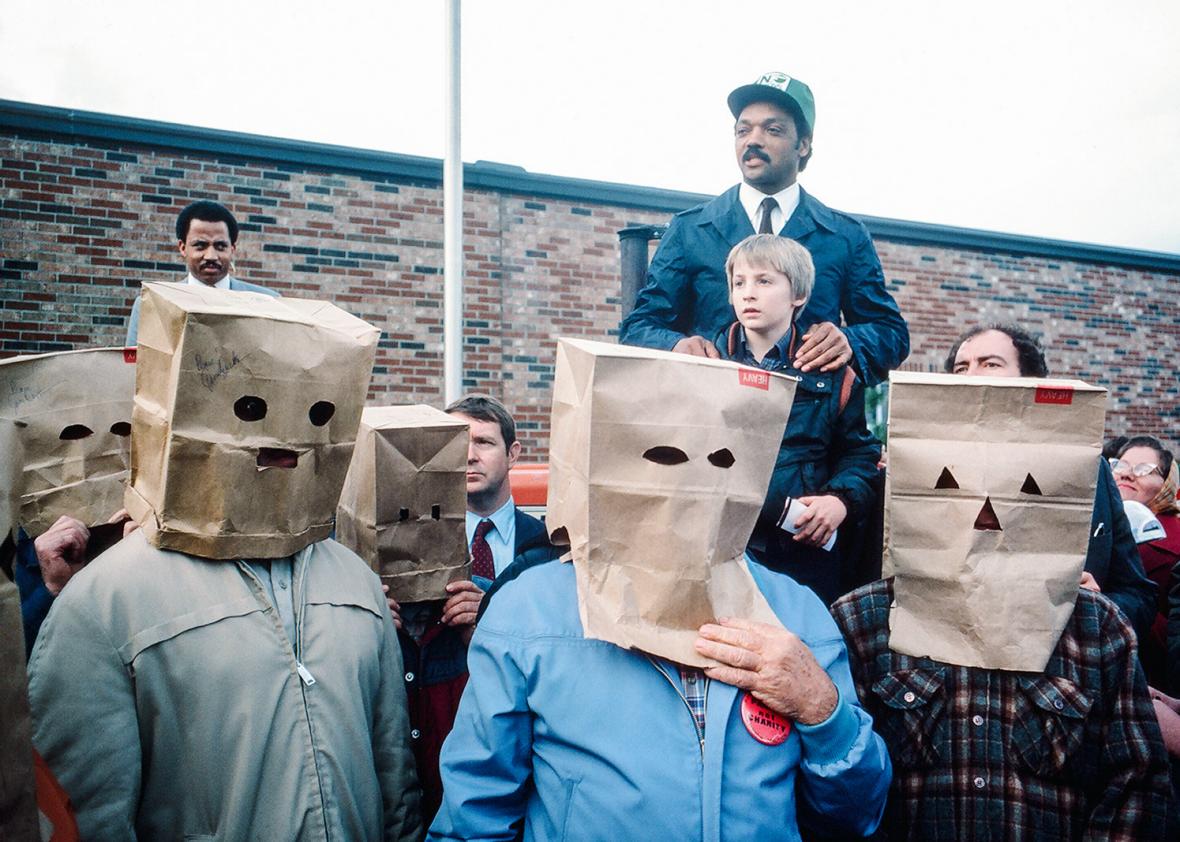 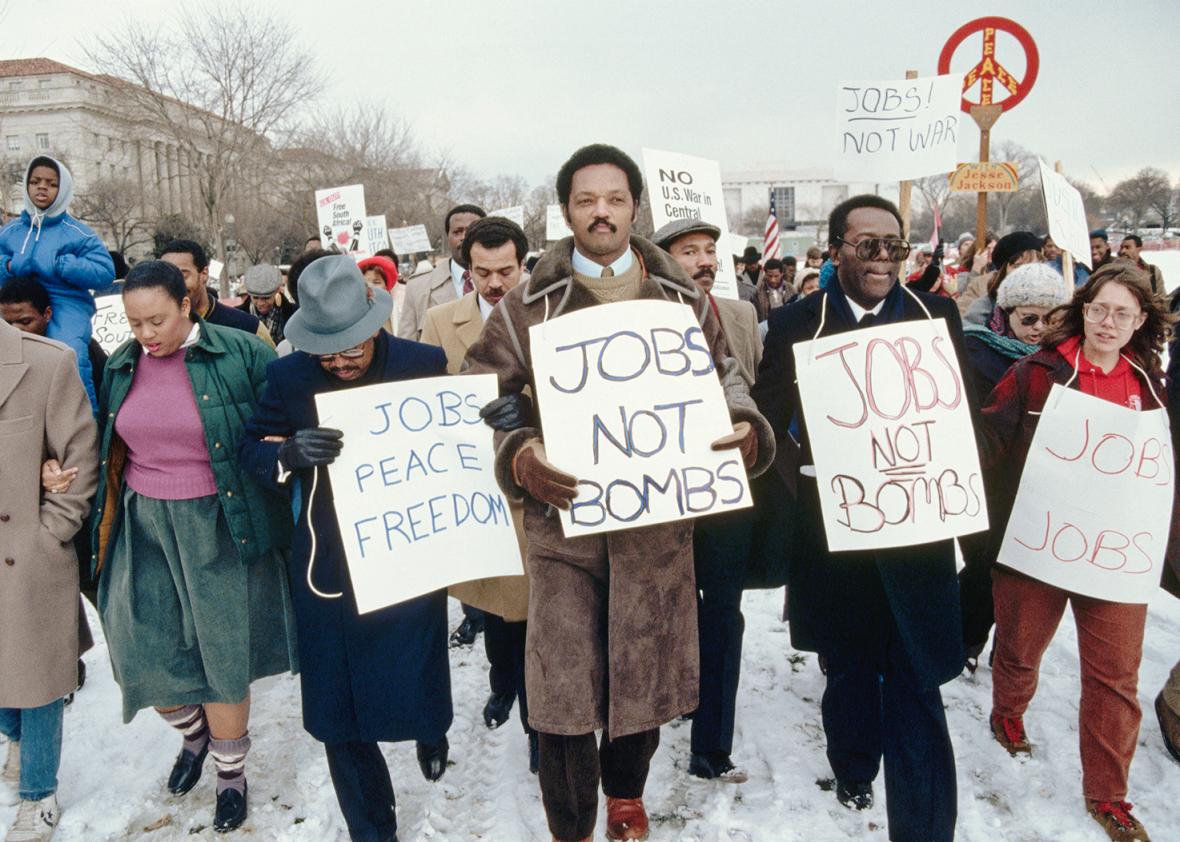 In 1984, Jesse Jackson became the second African American (after Shirley Chisholm) to mount a nationwide campaign for President of the United States, running as a Democrat.

In the primaries, Jackson, who had been written off by pundits as a fringe candidate with little chance at winning the nomination, surprised many when he took third place behind Senator Gary Hart and former Vice President Walter Mondale, who eventually won the nomination. Jackson garnered 3,282,431 primary votes, or 18.2 percent of the total, in 1984, and won five primaries and caucuses, including Louisiana, the District of Columbia, South Carolina, Virginia, and one of two separate contests in Mississippi.

As he had gained 21% of the popular vote but only 8% of delegates, he afterwards complained that he had been handicapped by party rules. While Mondale (in the words of his aides) was determined to establish a precedent with his vice presidential candidate by picking a woman or visible minority, Jackson criticized the screening process as a “p.r. parade of personalities”. He also mocked Mondale, saying that Hubert Humphrey was the “last significant politician out of the St. Paul–Minneapolis” area.