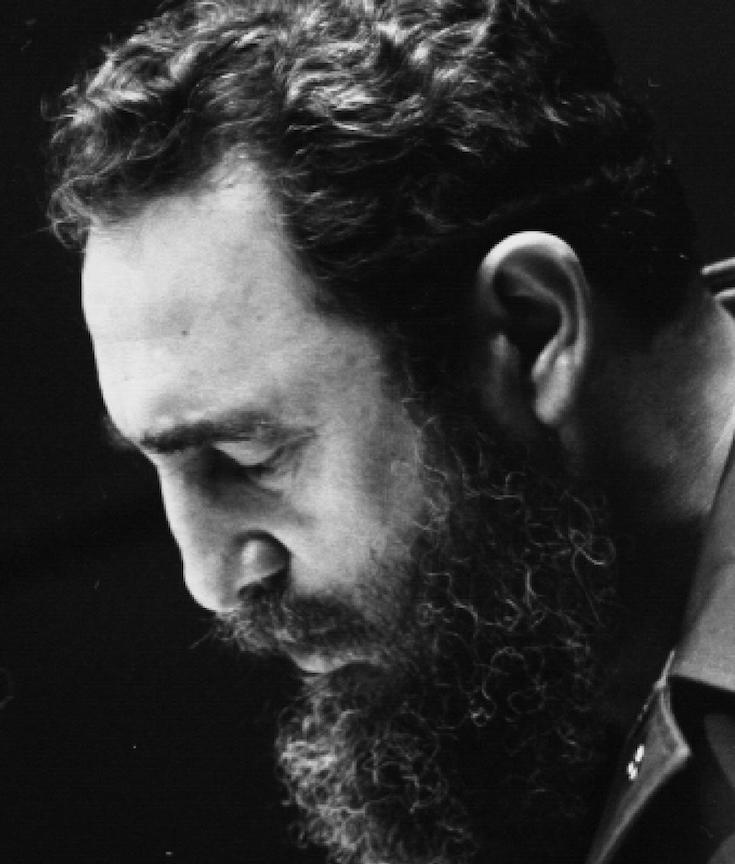 Henry Louis Gates Jr. on his timely black history PBS series: ‘We have to be vigilant’

Fidel Castro, the fiery apostle of revolution who brought the Cold War to the Western Hemisphere in 1959 and then defied the United States for nearly half a century as Cuba’s maximum leader, bedeviling 11 American presidents and briefly pushing the world to the brink of nuclear war, died Friday. He was 90.

His death was announced by Cuban state television.

In declining health for several years, Mr. Castro had orchestrated what he hoped would be the continuation of his Communist revolution, stepping aside in 2006 when he was felled by a serious illness. He provisionally ceded much of his power to his younger brother Raúl, now 85, and two years later formally resigned as president. Raúl Castro, who had fought alongside Fidel Castro from the earliest days of the insurrection and remained minister of defense and his brother’s closest confidant, has ruled Cuba since then, although he has told the Cuban people he intends to resign in 2018.

Fidel Castro had held onto power longer than any other living national leader except Queen Elizabeth II. He became a towering international figure whose importance in the 20th century far exceeded what might have been expected from the head of state of a Caribbean island nation of 11 million people.

He dominated his country with strength and symbolism from the day he triumphantly entered Havana on Jan. 8, 1959, and completed his overthrow of Fulgencio Batista by delivering his first major speech in the capital before tens of thousands of admirers at the vanquished dictator’s military headquarters.

A spotlight shone on him as he swaggered and spoke with passion until dawn. Finally, white doves were released to signal Cuba’s new peace. When one landed on Mr. Castro, perching on a shoulder, the crowd erupted, chanting “Fidel! Fidel!” To the war-weary Cubans gathered there and those watching on television, it was an electrifying sign that their young, bearded guerrilla leader was destined to be their savior.


Most people in the crowd had no idea what Mr. Castro planned for Cuba. A master of image and myth, Mr. Castro believed himself to be the messiah of his fatherland, an indispensable force with authority from on high to control Cuba and its people.

He wielded power like a tyrant, controlling every aspect of the island’s existence. He was Cuba’s “Máximo Lider.” From atop a Cuban Army tank, he directed his country’s defense at the Bay of Pigs. Countless details fell to him, from selecting the color of uniforms that Cuban soldiers wore in Angola to overseeing a program to produce a superbreed of milk cows. He personally set the goals for sugar harvests. He personally sent countless men to prison.

But it was more than repression and fear that kept him and his totalitarian government in power for so long. He had both admirers and detractors in Cuba and around the world. Some saw him as a ruthless despot who trampled rights and freedoms; many others hailed him as the crowds did that first night, as a revolutionary hero for the ages. 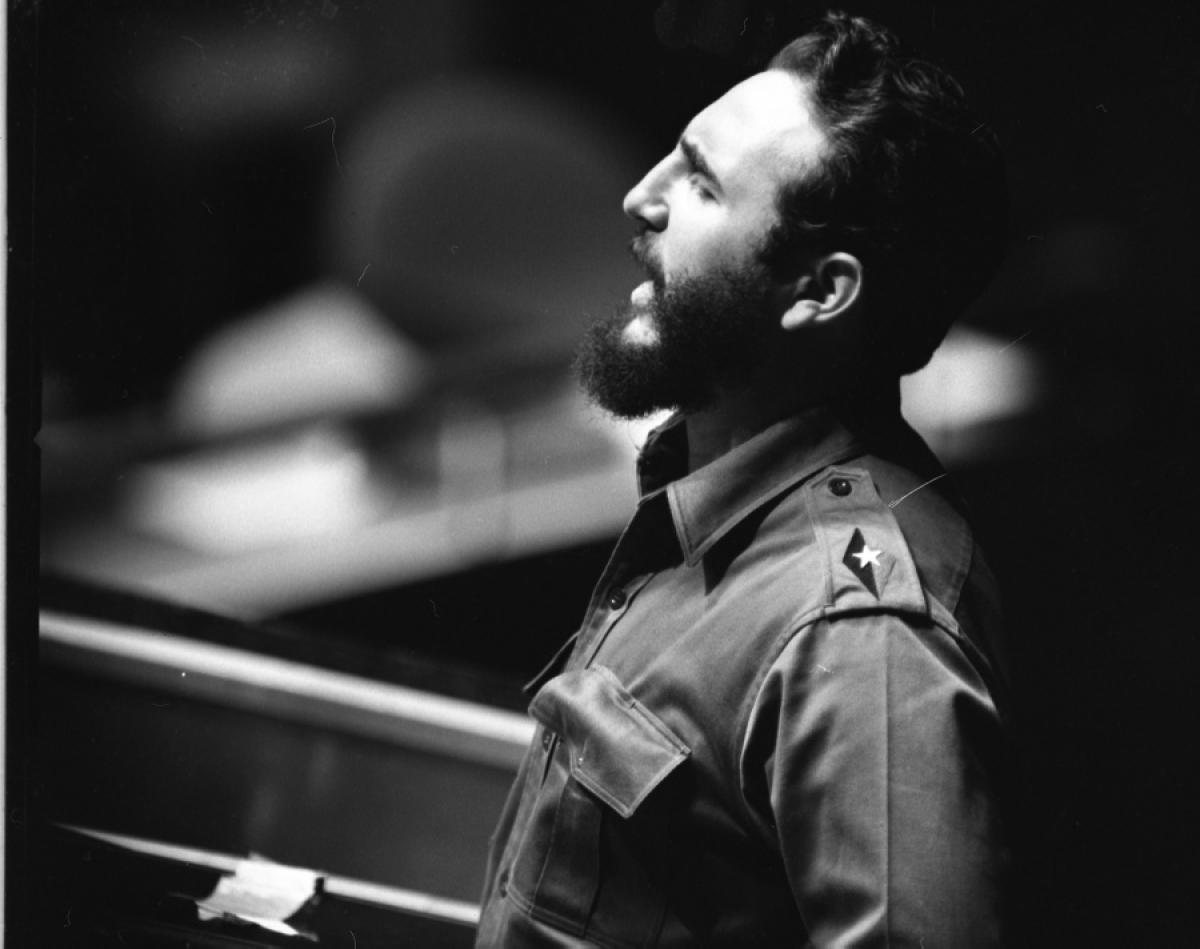 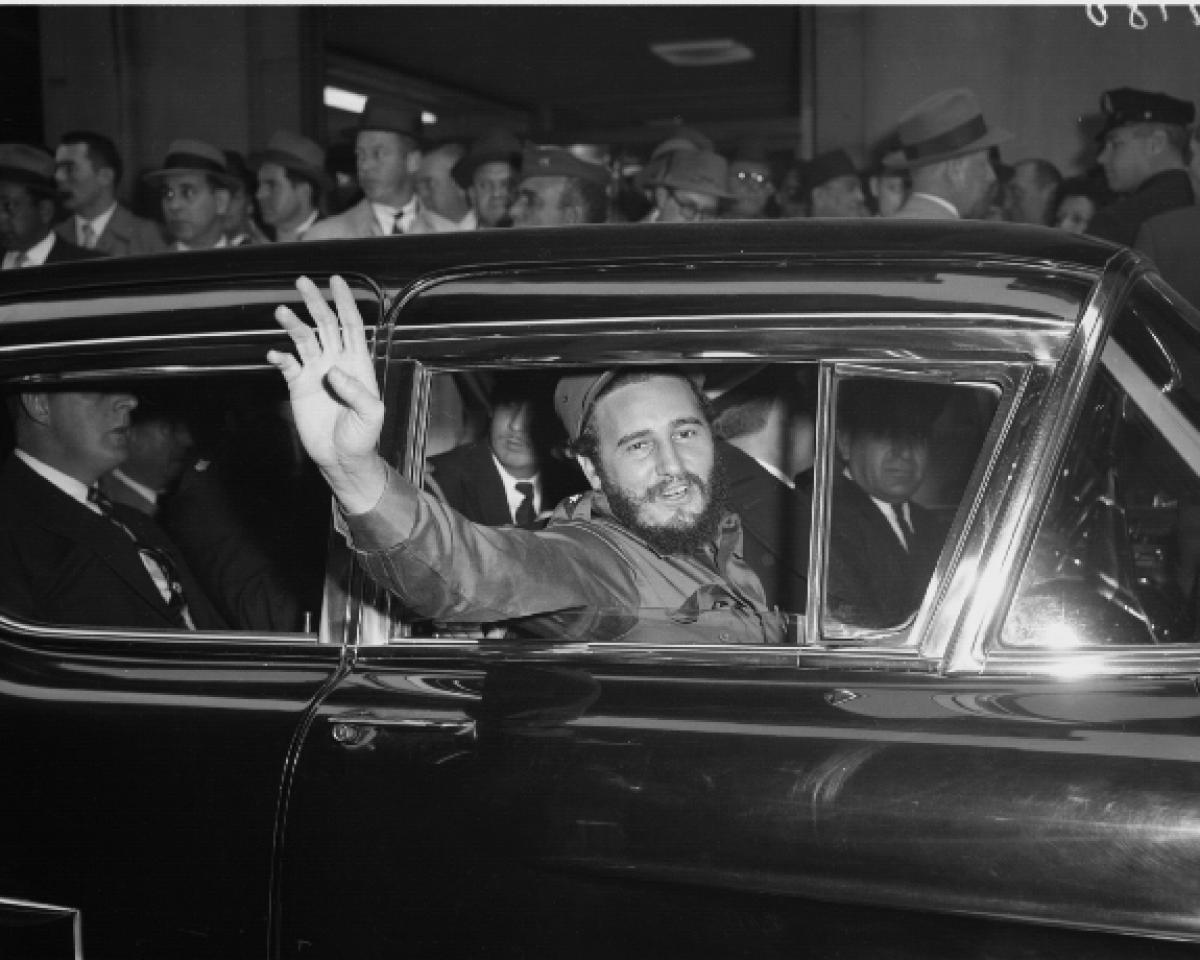 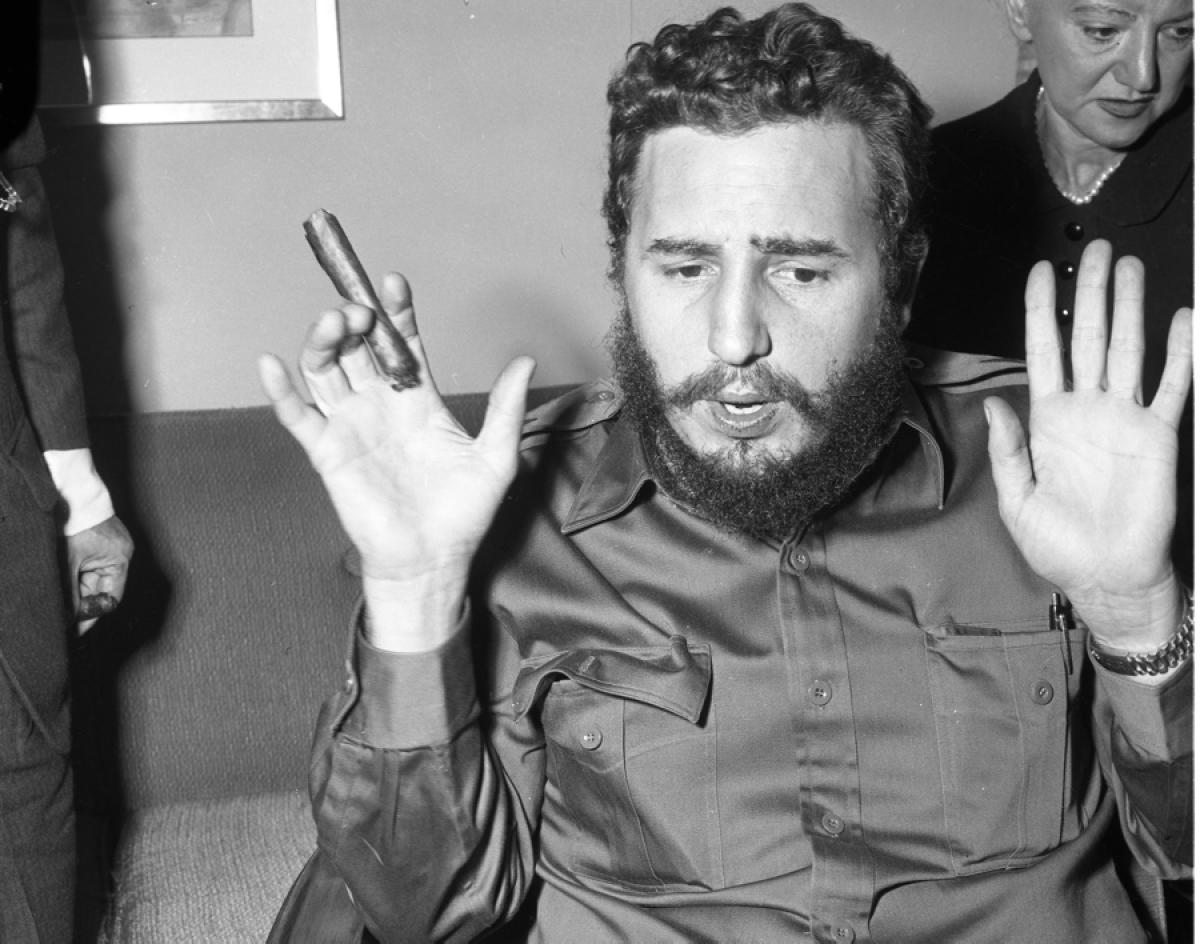 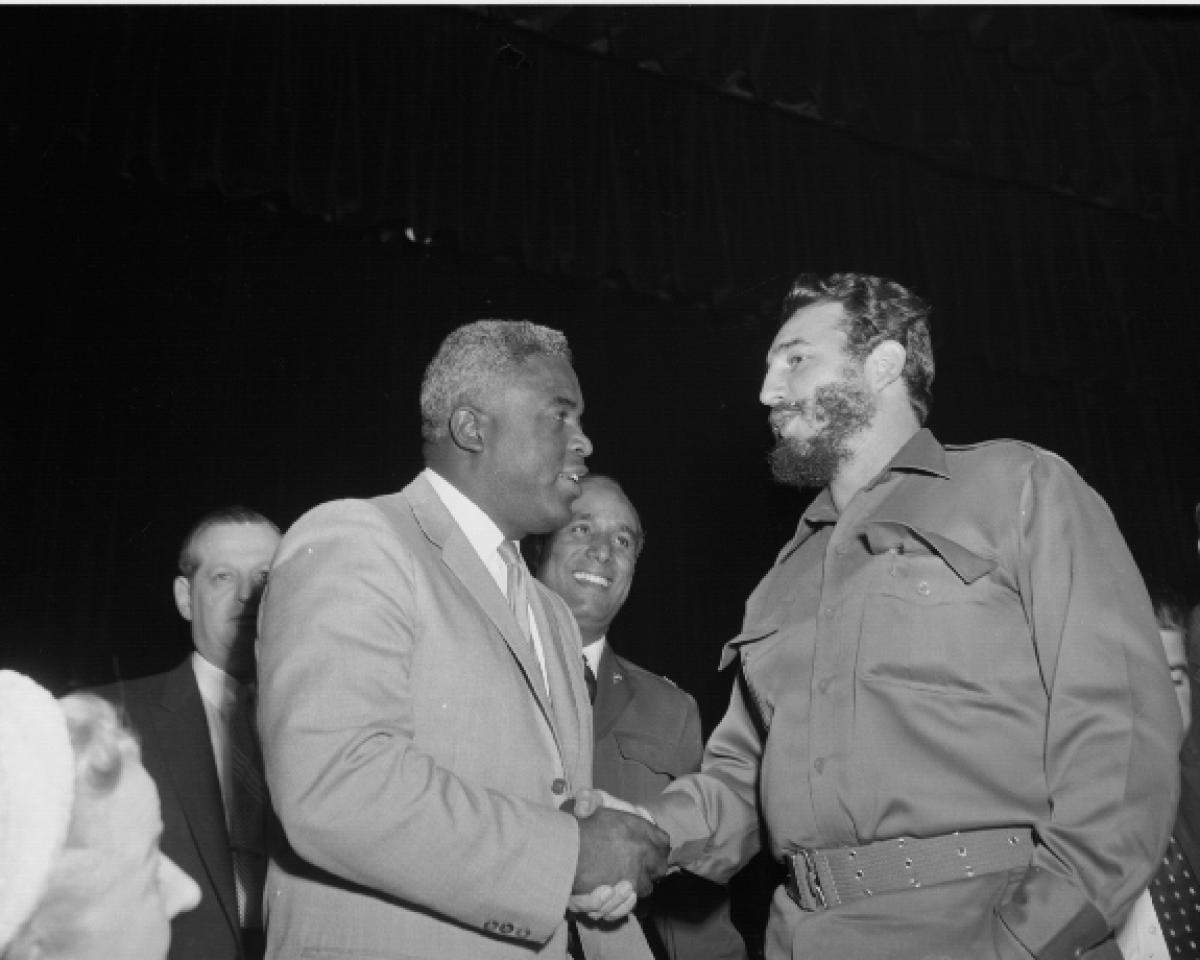 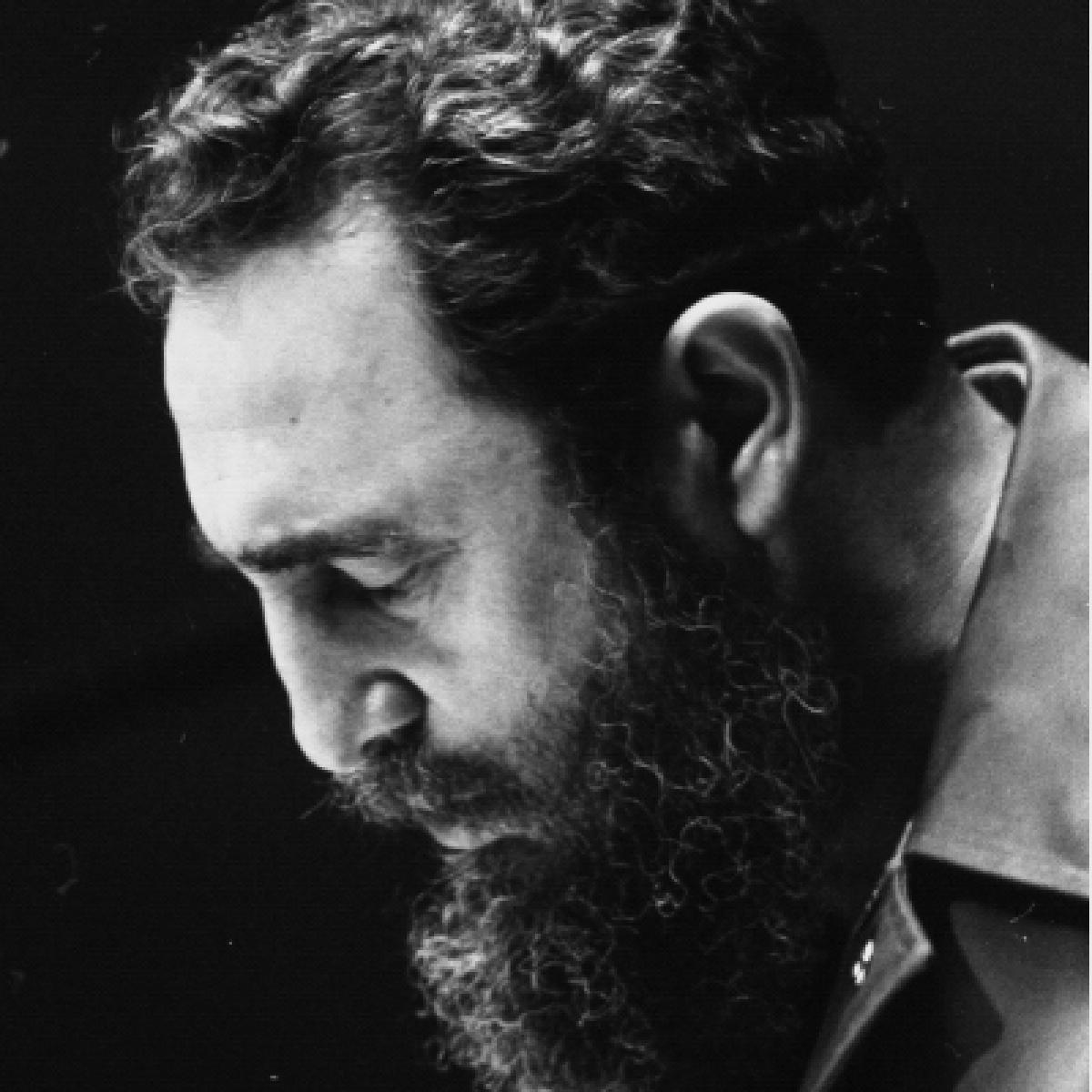 Fidel Alejandro Castro Ruz (American Spanish: [fiˈðel aleˈxandɾo ˈkastɾo ˈrus] About this sound audio (help·info); born August 13, 1926), commonly known as Fidel Castro, is a Cuban politician and revolutionary who governed the Republic of Cuba as Prime Minister from 1959 to 1976 and then as President from 1976 to 2008. Politically a Marxist–Leninist and Cuban nationalist, he also served as the First Secretary of the Communist Party of Cuba from 1961 until 2011. Under his administration Cuba became a one-party communist state; industry and business were nationalized, and state socialist reforms implemented throughout society.

Born in Birán as the son of a wealthy farmer, Castro adopted leftist anti-imperialist politics while studying law at the University of Havana. After participating in rebellions against right-wing governments in the Dominican Republic and Colombia, he planned the overthrow of Cuban President Fulgencio Batista, launching a failed attack on the Moncada Barracks in 1953. After a year’s imprisonment, he traveled to Mexico where he formed a revolutionary group, the 26th of July Movement, with his brother Raúl Castro and Che Guevara. Returning to Cuba, Castro took a key role in the Cuban Revolution by leading the Movement in a guerrilla war against Batista’s forces from the Sierra Maestra. After Batista’s overthrow in 1959, Castro assumed military and political power as Cuba’s Prime Minister. The United States was alarmed by Castro’s friendly relations with the Soviet Union, and unsuccessfully attempted to remove him by assassination, economic blockade, and counter-revolution, including the Bay of Pigs invasion of 1961. Countering these threats, Castro formed an alliance with the Soviets and allowed them to place nuclear weapons on the island, sparking the Cuban Missile Crisis—a defining incident of the Cold War—in 1962.

Adopting a Marxist-Leninist model of development, Castro converted Cuba into a one-party socialist state under Communist Party rule, the first in the Western hemisphere. Reforms introducing central economic planning and expanding healthcare and education were accompanied by state control of the press and the suppression of internal dissent. Abroad, Castro supported anti-imperialist revolutionary groups, backing the establishment of Marxist governments in Chile, Nicaragua, and Grenada, and sending troops to aid allies in the Yom Kippur War, Ethio-Somali War, and Angolan Civil War. These actions, coupled with Castro’s leadership of the Non-Aligned Movement from 1979–83 and Cuba’s medical internationalism, increased Cuba’s profile on the world stage and earned its leader great respect in the developing world. Following the Soviet Union’s dissolution in 1991, Castro led Cuba into its “Special Period” and embraced environmentalist and anti-globalization ideas. In the 2000s he forged alliances in the Latin American Pink Tide—namely with Hugo Chávez’s Venezuela—and signed Cuba to the Bolivarian Alliance for the Americas. In 2006 he transferred his responsibilities to Vice-President Raúl Castro, who formally assumed the presidency in 2008.

Castro is a controversial and divisive world figure. He is decorated with various international awards, and his supporters laud him as a champion of socialism, anti-imperialism, and humanitarianism, whose revolutionary regime secured Cuba’s independence from American imperialism. Conversely, critics view him as a totalitarian dictator whose administration oversaw multiple human-rights abuses, an exodus of more than one million Cubans, and the impoverishment of the country’s economy. Through his actions and his writings he has significantly influenced the politics of various individuals and groups across the world. (Wikipedia)