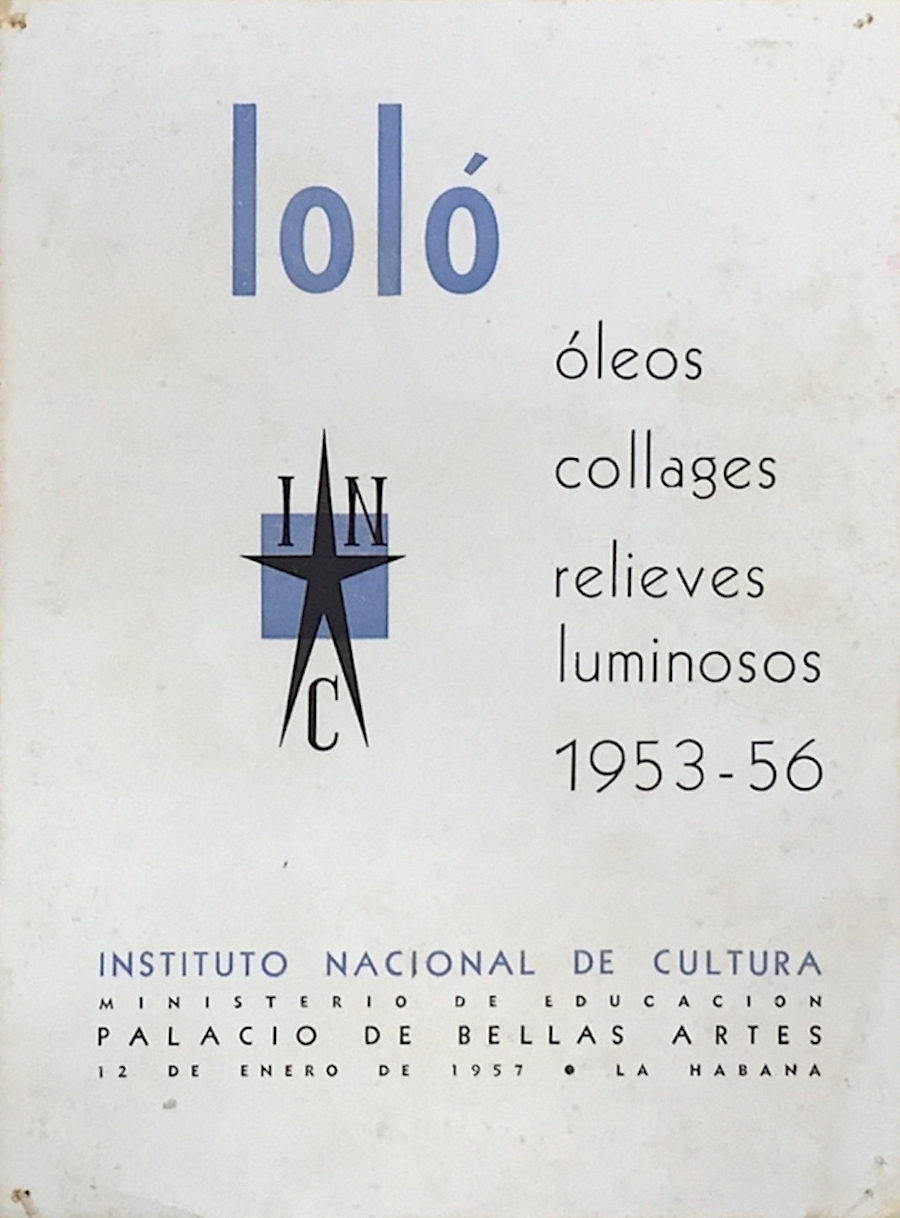 1:54 Contemporary African Art Fair Will Be Back in New York in 2017

Loló Soldevilla, an artist and catalyzing presence in Havana during the 1950s, presents a fascinating figure through whom to revisit this decade and the phenomenon of Concrete Cuban art.

Photographed together in April 1949, Loló Soldevilla (1901–71) and José Gómez Sicre personified the optimism and ambition of Cuban art at the turn of the decade. The newly appointed Chief of the Visual Arts Section at the Pan American Union in Washington, DC, Gómez Sicre had facilitated the landmark exhibition Modern Cuban Painters, organized by Alfred H. Barr, Jr. at the Museum of Modern Art five years earlier, and emerged as a leading champion of Cuban art in the United States. Meanwhile, en route to Paris to take up a post as cultural attaché at the Cuban Embassy, Soldevilla would soon play a principal role in the evolution of concretismo in Havana, enfolding geometric abstraction within a national narrative of freedom and, eventually, of revolution. The transatlantic horizons of Cuban art appeared endless in the 1950s, as an emerging generation of artists leveraged abstraction in their pursuit of universalism and of a place in the international avant-garde. Their history was largely forgotten in the post-utopian decades that followed, and the remarkable legacy of Soldevilla—no less, of “Concrete Cuba”—has only recently returned to light.

Amid the enduring preoccupation with geometric abstraction across the Americas, the recuperation of this lost generation—and of Havana as a site of postwar Constructivism—comes as an important historical corrective. Concrete Cuba, a pair of exhibitions at David Zwirner in London (2015) and New York (2016), marked the first comprehensive display of these artists outside of Cuba, and its catalogue (to which I contributed an essay) provides an essential visual and documentary record of the movement.

Lolo Soldevilla Untitled, 1956 Mixed media and twine on canvas laid down on wood

Loló Soldevilla, “Homenaje a Theo V. Doesburg, Composición No. 7, Variación Las Tres Gracias” (1950), oil and collage on canvas, laid on wood, 13 5/8 x 19 1/2 in, which is included in Phillips’s upcoming auction of art from Latin America (image courtesy of Phillips)

Cuban art is an exceptionally diverse cultural blend of African, South American, European and North American elements, reflecting the diverse demographic makeup of the island. Cuban artists embraced European modernism, and the early part of the 20th century saw a growth in Cuban vanguardist movements, which were characterized by the mixing of modern artistic genres. Some of the more celebrated 20th-century Cuban artists include Amelia Peláez (1896–1968), best known for a series of mural projects, and painter Wifredo Lam (Dec 8,1902–September 11, 1982), who created a highly personal version of modern primitivism. The Cuban born painter Federico Beltran Masses (1885-1949), was renowned as a colourist whose seductive portrayals of women sometimes made overt references to the tropical settings of his childhood.