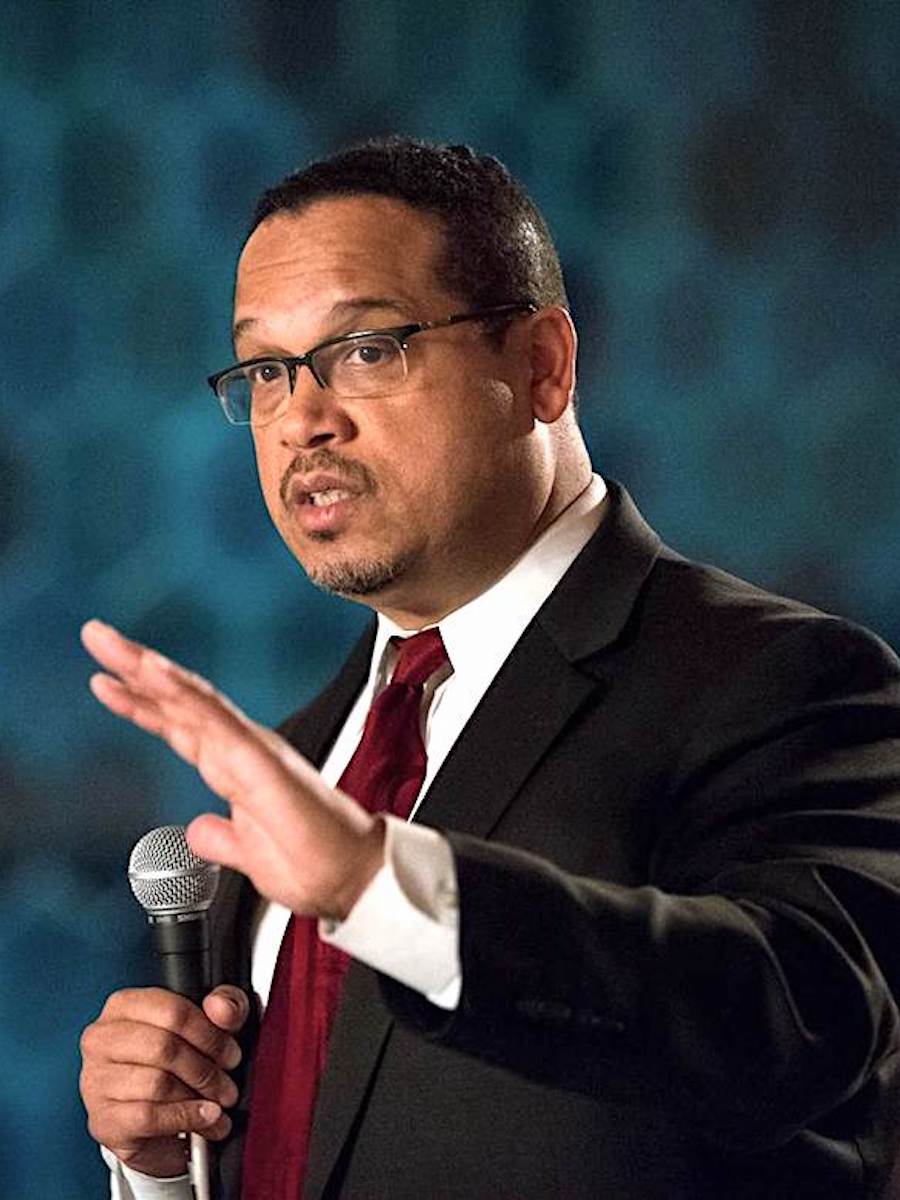 This Is All Your Fault: To Defeat Donald Trump We Need Shared Goals

The candidate for DNC chairman wants to lead an anti-Trump resistance, not search for areas of cooperation.

Three days after the calamity of Donald Trump’s election, Bernie Sanders took to the New York Times to say I told you so. “I am saddened, but not surprised, by the outcome,” he wrote. “It is no shock to me that millions of people who voted for Mr. Trump did so because they are sick and tired of the economic, political and media status quo.” Treating Trump’s victory as a repudiation of neoliberalism—rather than a repudiation of cosmopolitanism—he offered to collaborate with the president-elect. “I will keep an open mind to see what ideas Mr. Trump offers and when and how we can work together,” Sanders wrote, adding, “If the president-elect is serious about pursuing policies that improve the lives of working families, I’m going to present some very real opportunities for him to earn my support.”

It’s easy to see why Sanders feels vindicated right now. The election did not prove he could have beaten Trump, but it proved that Clinton, who made her case partly on electability, could not. Nevertheless, it was shocking to see him take this conciliatory tone toward Trump, treating him as a man with a common set of values. As much as Sanders wants to represent the beleaguered white working class, the people who really need a champion now are those under direct and imminent threat from Trump and Trumpism. So far Sanders has shown himself unable or unwilling to lead the anti-Trump opposition, except in one way: by pushing Keith Ellison for Democratic National Committee chairman.

WASHINGTON, UNITED STATES – APRIL 13: U.S. Rep. Keith Ellison (D-MN) (R) speaks during a news conference in front of the Supreme Court April 13, 2016 in Washington, DC. The Congressional Progressive Caucus held a news conference with federal workers and other groups “to call on Senate Republicans to do their job and hold a hearing on the Supreme Court nomination of Merrick Garland.” (Photo by Alex Wong/Getty Images)

Representative Keith Ellison, a Democrat from Minnesota, pauses while speaking during the Democratic National Convention in Philadelphia, Pennsylvania, on July 25. Andrew Harrer / Bloomberg

Keith Maurice Ellison (born August 4, 1963) has been the U.S. Representative for Minnesota’s 5th congressional district since 2007. He is a member of the Democratic-Farmer-Labor Party (DFL), the Minnesota state Democratic Party affiliate. The district centers on Minneapolis and surrounding suburbs. Ellison is a co-chair of the Congressional Progressive Caucus and a Chief Deputy Whip, and also serves on the House Committee on Financial Services.

Ellison was the first Muslim to be elected to the U.S. Congress, and along with André Carson of Indiana, is one of two Muslims now serving in Congress. He is also the first African American elected to the House from Minnesota.

In November 2016, several senators and progressive groups supported Ellison for chair of the Democratic National Committee.