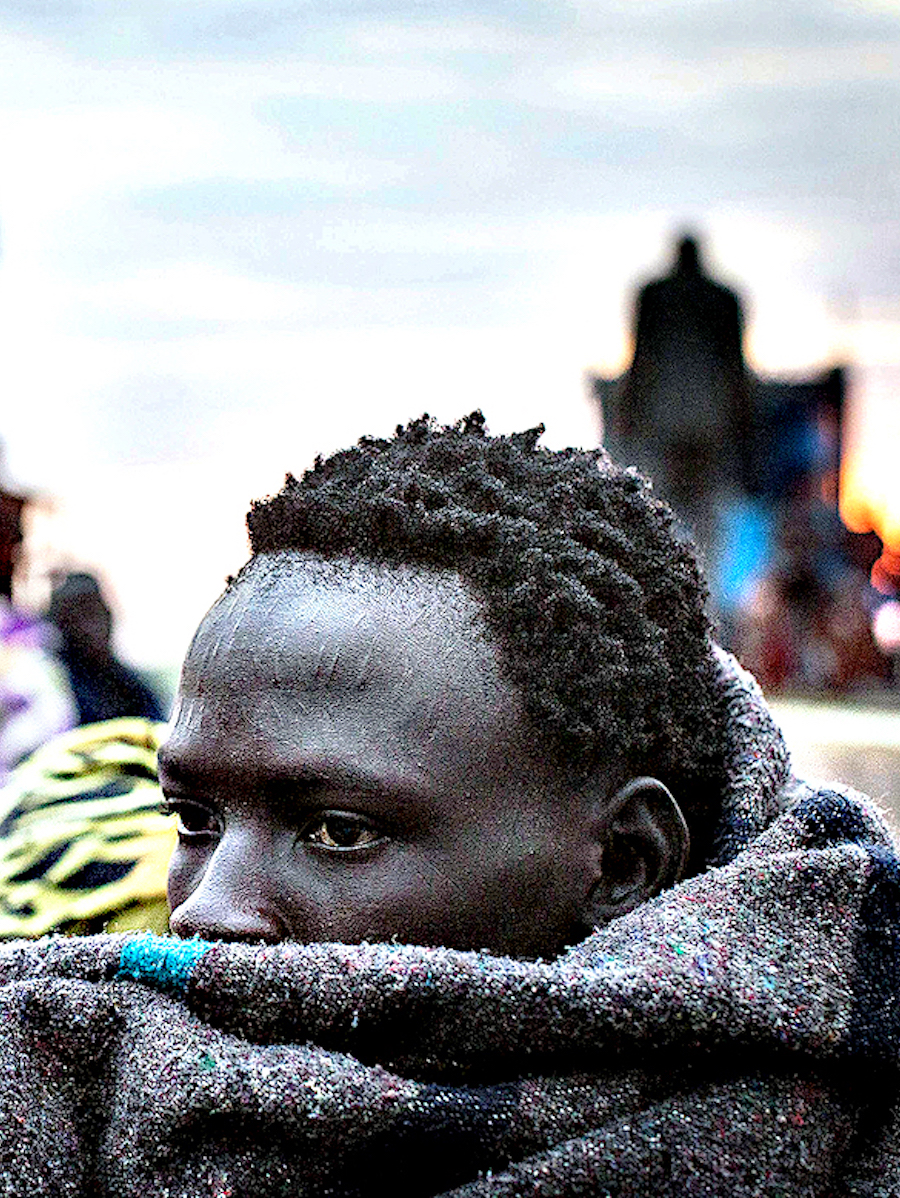 What Obama Got Right

Agence France-Presse at the United Nations | The Guardian

UN secretary general Ban Ki-moon has warned of a “very real risk of mass atrocities” in South Sudan and that peacekeepers deployed in the war-torn country will not be able to stop such a bloodbath.

Ban told the security council in a report released on Wednesday that the United Nations must clearly define what actions it is prepared to take in the event of mass killings.

“There is a very real risk of mass atrocities being committed in South Sudan, particularly following the sharp rise in hate speech and ethnic incitement in recent weeks,” Ban said.

A photograph made available on 26 February 2014 shows a boy leaping on his way to look for water in the internally displaced person (IDP) Tomping camp for Nuer ethnic group in Juba, South Sudan, 24 February 2014. Around 26.000 South Sudanese IDP’s from Nuer ethnic group are sheltered in a temporary camp inside the UNMISS compound. Nuer IDP’s cannot leave the camp due to ethnic tensions with the Dinka’s. A power struggle between South Sudanese President Salva Kiir and his former vice-president Riek Machar turned violent in mid-December, when clashes erupted between their ethnic groups, the Dinka and the Nuer. EPA/JM LOPEZ

TOPSHOTS Students take notes during an E…TOPSHOTS Students take notes during an English language class at the Juba Nabari Primary School, in Juba on April 9, 2014. Recent conflict in the country has made resources scarce, many civil servants, including teachers, have not received their pay for several months. AFP PHOTO / ANDREI PUNGOVSCHIANDREI PUNGOVSCHI/AFP/Getty Images

People unload the few belongings on Janu…People unload the few belongings on January 9, 2014 at Minkammen, South Sudan that they were able to bring with them to the camps. Hundreds of civilians fleeing violence in Bor region arrive at dawn to one of the many small ports that run alongside the camps in Awerial region, having crossed over the Nile River by night. Thousands of exhausted civilians are crowding into the fishing village of Minkammen, a once-tiny riverbank settlement of a few thatch huts 25 kilometres (20 miles) southwest of Bor. Some say they had spent days hiding out in the bush outside Bor as gunmen battled for control of the town, which has exchanged hands three times in the conflict, and remains in rebel control. AFP PHOTO/Nichole SOBECKINichole Sobecki/AFP/Getty Images
South Sudan | OFFICIALLY, REPUBLIC OF SOUTH SUDAN

South Sudan is a landlocked country in East-Central Africa that gained its independence from Sudan in 2011. Its current capital is Juba, which is also its largest city. It is planned that the capital city will be changed to the more centrally located Ramciel in the future. South Sudan is bordered by Sudan to the north, Ethiopia to the east, Kenya to the southeast, Uganda to the south, the Democratic Republic of the Congo to the southwest, and the Central African Republic to the west. It includes the vast swamp region of the Sudd, formed by the White Nile and known locally as the Bahr al Jabal.

South Sudan became an independent state on 9 July 2011, following a referendum that passed with 98.83% of the vote. It is a United Nations member state, a member state of the African Union, of the East African Community, and of the Intergovernmental Authority on Development. In July 2012, South Sudan signed the Geneva Conventions. South Sudan has suffered internal conflict since its independence; as of 2016 it has the second highest score on the Fragile States Index (formerly the Failed States Index)