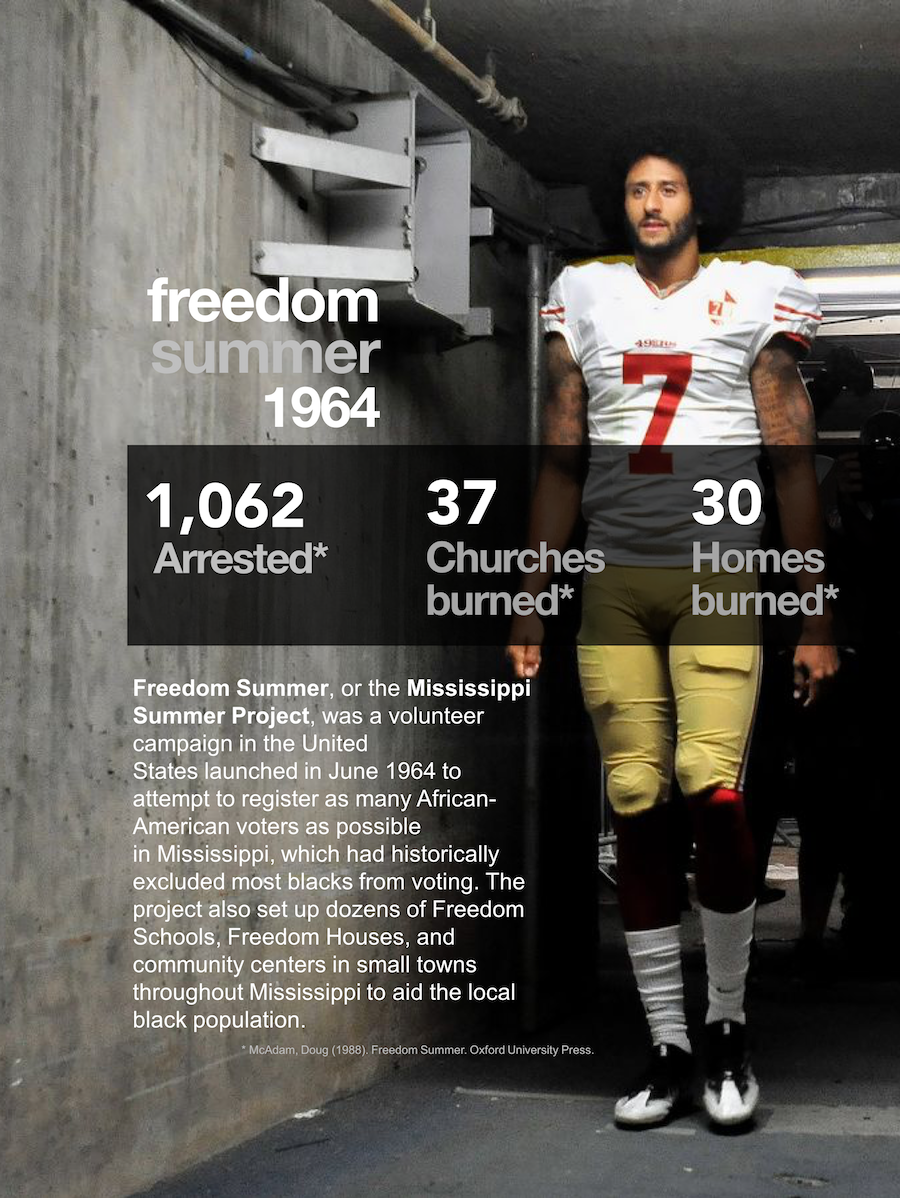 When Banking Black Was Not Enough, This Woman Took an Extraordinary Extra Step to Help Black-Owned Businesses

“I’ve been very disconnected from the systematic oppression as a whole. So, for me, it’s another face that’s going to be the face of that system of oppression. To me, it didn’t really matter who went in there. The system still remains intact that oppresses people of color.”

Colin Kaepernick is facing backlash for refusing to vote in this election, but he was hardly alone.

There is one pledge I’m making after this election: for my mental, physical, and especially political health, I’m done ingesting bullshit. I’m done with the hot-take bloviating culture—in sports and politics—that, as Golden State Warriors head coach Steve Kerr said, bears as much accountability for the absurdity of Donald Trump’s being president as anything else.

A great example of this could be seen in the response to Colin Kaepernick’s comments about the election. For those who missed it, the anthem-protesting 49ers quarterback said he wasn’t voting, explaining it this way: