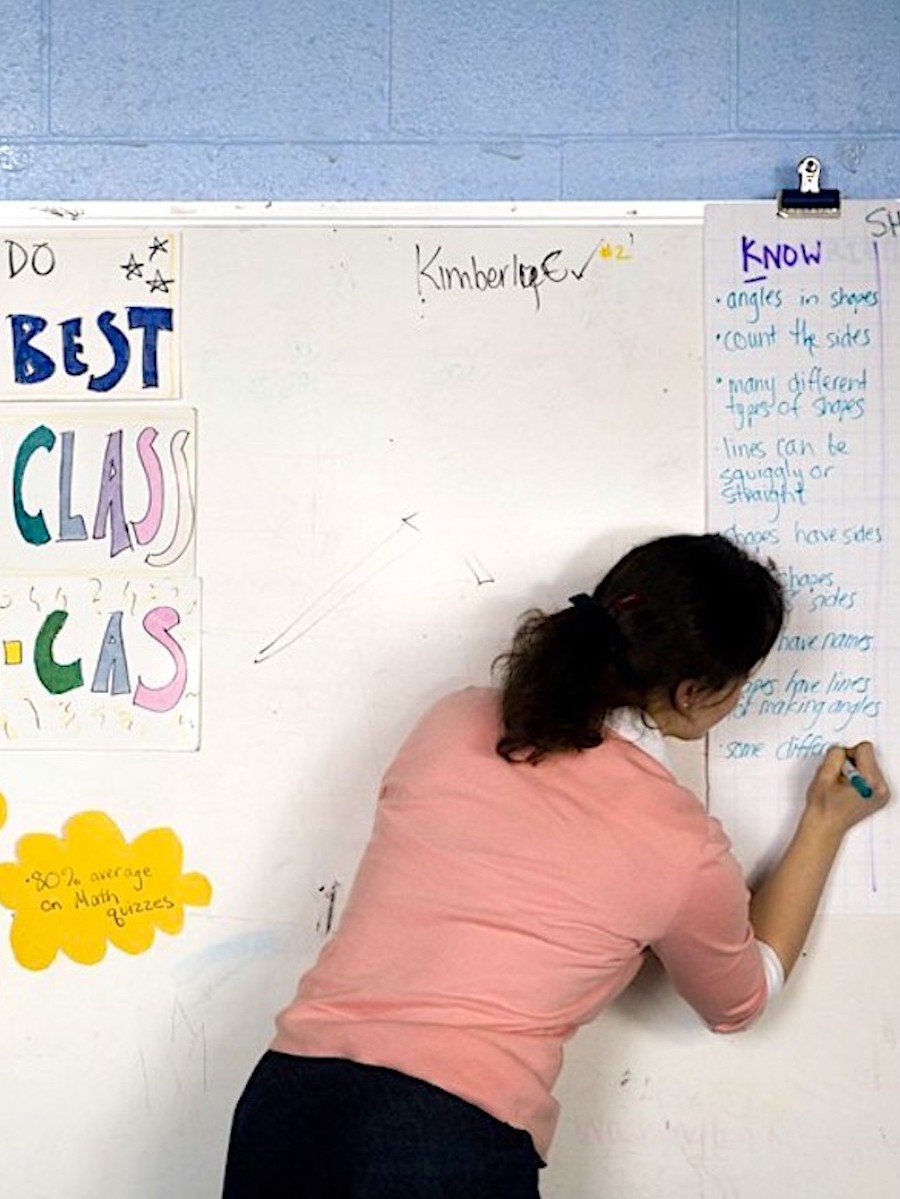 Philissa Cramer | The Atlantic
[perfectpullquote align=”full” cite=”” link=”” color=”” class=”” size=”15″]The nearly 150 educators who secured legal employment through DACA wonder if Donald Trump will end their time in the classroom.[/perfectpullquote]
Among the many people in America reeling from yesterday’s presidential election results: the 146 Teach for America teachers who work in classrooms across the country but are not documented citizens.

Teach for America deliberately created this corps over the last three years—the work largely of one woman, Viridiana Carrizales, who began planning for a Donald Trump presidency over the summer.

Like many Americans across the political spectrum, Carrizales did not expect Trump to become president. And like many immigrants, she hoped that he would not. But months ago, she began planning for what Teach for America—the national organization that recruits and trains teachers for schools serving poor students—could do if he did win.

In this Thursday, April 18, photo, Burgess-Peterson Elementary School first graders Jacqueline Wright, left, and Kennedy Thomas, work through a lesson as part of Atlanta Public School’s after-school remediation program in Atlanta. Anxiety is high among students and teachers with state standardized tests set to begin Tuesday. A lot of focus and criticism has been aimed at the tests, known as CRCT in Georgia, since one of the nation’s largest cheating scandals erupted within the Atlanta Public Schools system a few years back that included allegations that teachers and principals changed scores to inflate performance. While criminal charges are pending against 35 former Atlanta educators, the district has been working on a system-wide remediation program aimed at helping those directly affected by the cheating scandal and others who have simply fallen behind. (AP Photo/David Goldman)
Deferred Action for Childhood Arrivals | IMMIGRATION POLICY, U.S. GOVERNMENT

Deferred Action for Childhood Arrivals (DACA) is an American immigration policy passed by President Obama as an executive action that allows certain undocumented immigrants to the United States who entered the country before their 16th birthday and before June 2007 to receive a renewable two-year work permit and exemption from deportation. DACA confers non-immigrant legal status but does not provide a path to citizenship. It was started by the Obama administration in June 2012.

At the program’s start, the Pew Research Center estimated that up to 1.7 million people might be eligible. As of June 2014, U.S. Citizenship and Immigration Services (USCIS) has granted DACA status to about 581,000 people and denied to about 24,000.

In November 2014, U.S. President Barack Obama announced changes to DACA which would expand it to include undocumented immigrants who entered the country before 2010, eliminate the requirement that applicants be younger than 31 years old, and lengthen the renewable deferral period to two years. The Pew Research Center estimated that this would increase the number of eligible people by about 330,000.

Due to a federal court order, USCIS did not begin accepting requests for the expansion of DACA on February 18, 2016 as originally planned. The court’s temporary injunction, issued February 16, does not affect the existing DACA. Individuals may continue to come forward and request an initial grant of DACA or renewal of DACA under the guidelines established in 2012