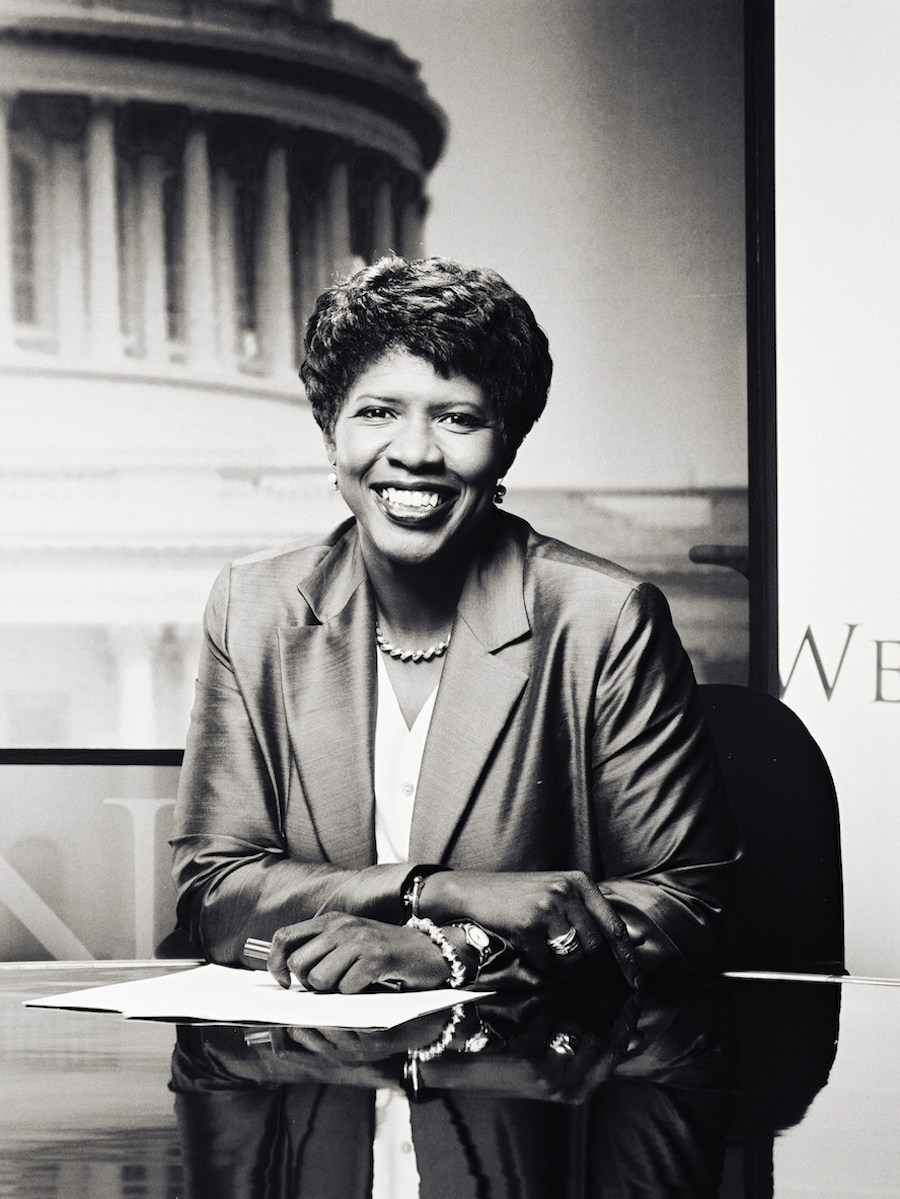 Sam Roberts | The New York Times
[perfectpullquote align=”full” cite=”” link=”” color=”” class=”” size=”15″]Gwen Ifill, an award-winning television journalist for NBC and PBS, former reporter for The New York Times and author who moderated vice-presidential debates in 2004 and 2008, died on Monday in Washington. She was 61.[/perfectpullquote]
Her death, at a hospice facility, was announced by Sara Just, executive producer of “PBS NewsHour.” The cause was cancer, PBS said.

Ms. Ifill was the moderator and managing editor of Washington Week and the co-anchor and co-managing editor, with Judy Woodruff, of PBS NewsHour, the culmination of a career that began in 1981 at The Baltimore Evening Sun. Both she and Ms. Woodruff moderated a Democratic debate between Hillary Clinton and Bernie Sanders in February.

Ifill was born in New York City, the fifth child of African Methodist Episcopal (AME) minister (Oliver) Urcille Ifill, Sr., a Panamanian of Barbadian descent who emigrated from Panama, and Eleanor Ifill, who was from Barbados. Her father’s ministry required the family to live in several cities throughout New England and the Eastern Seaboard during her youth. In her childhood, Ifill lived in Pennsylvania and Massachusetts church parsonages and in federally subsidized housing in Buffalo and New York City. She graduated in 1977 with a Bachelor of Arts in Communications from Simmons College in Boston, Massachusetts.

Ifill’s first book, The Breakthrough: Politics and Race in the Age of Obama, was released on January 20, 2009, Inauguration Day. The book deals with several African American politicians, including Barack Obama and such other up-and-comers as Massachusetts governor Deval Patrick and Newark, New Jersey, mayor Cory Booker. The publisher, Random House, describes the book as showing “why this is a pivotal moment in American history” through interviews with black power brokers and through Ifill’s observations and analysis of issues.