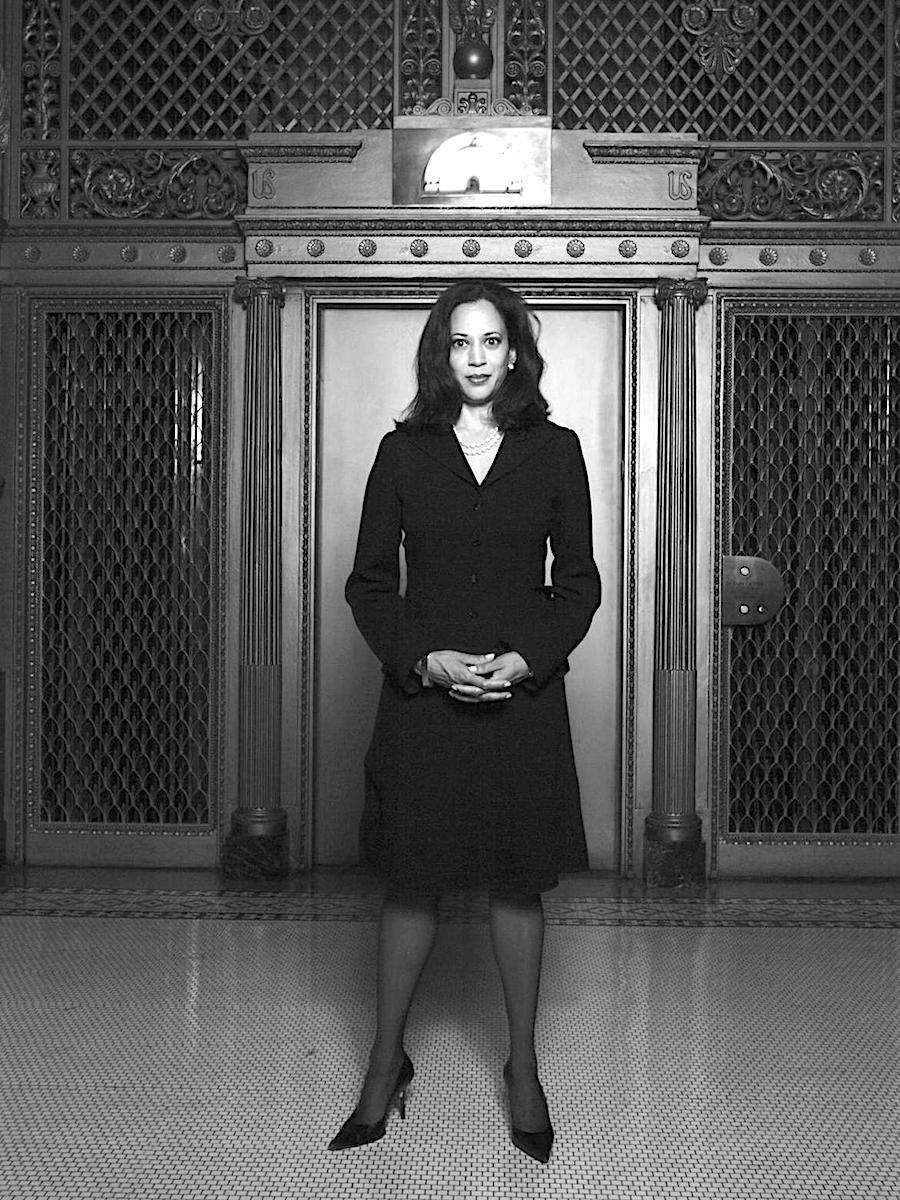 The Audacity of Hopelessness

Marjon Carlos | Vogue
[perfectpullquote align=”full” cite=”” link=”” color=”” class=”” size=”15″]If there is a light at the end of the tunnel after last night’s devastating presidential election outcome, then it surely comes in the form of Kamala Harris.[/perfectpullquote]
In a history-making senatorial victory, the California attorney general won out over opponent Loretta Sanchez to become the state’s first African-American senator and the country’s first black female senator since 1999. The litany of praise that follows her name and subsequent victory comes as no surprise. As attorney general, Harris championed California victims of mortgage fraud, bringing about a ruling of more than $20 billion in relief for homeowners, along with fighting against crime organizations and elementary school truancy. And the Democratic senator-elect’s win is as stunning as the woman herself.

Kamala Harris in 2004, the newly elected San Francisco District Attorney. (Jay and Ani / For The Times)

Kamala Harris (born October 20, 1964) is an American lawyer, politician, and member of the Democratic Party, who has been the 32nd and current Attorney General of California since 2011.