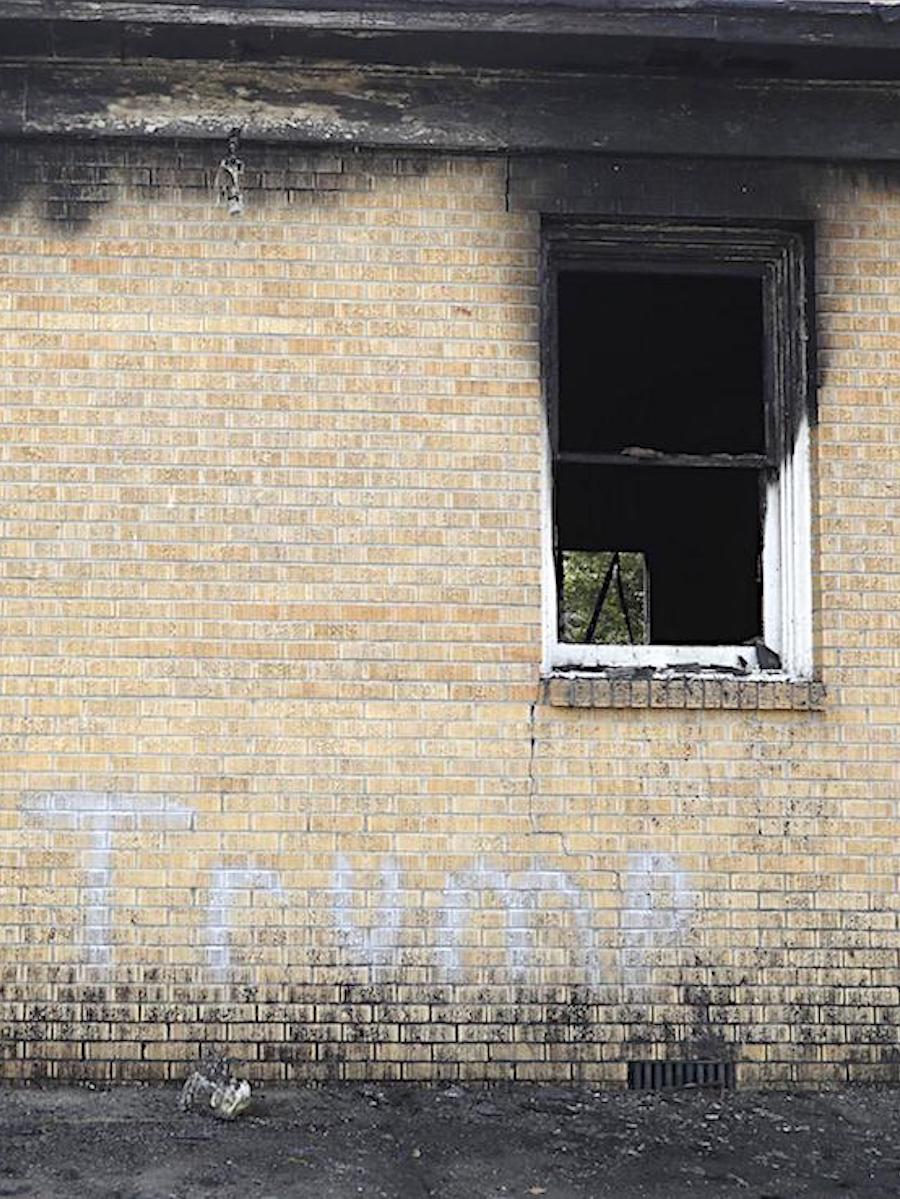 The US Homeless Camps offering a lesson in Democracy

Emma Green | The Atlantic
[perfectpullquote align=”full” cite=”” link=”” color=”” class=”” size=”15″]Hopewell Missionary Baptist Church in Greenville, Mississippi, was reportedly set on fire and spray painted with the words “Vote Trump” on Tuesday night. [/perfectpullquote]
A black church in Greenville, Mississippi, was set on fire on Tuesday night. Fire fighters arrived to find Hopewell Missionary Baptist Church “heavily engulfed in flames,” Mayor Errick Simmons said in an interview; the fire took nearly an hour to contain. No one was in the church at the time, and no one was injured. On the side of the church, beneath the blackened windows and roof, the words “Vote Trump” have been spray painted.

The fire is being investigated as a hate crime, Simmons said. Federal authorities, including the FBI and the Bureau of Alcohol, Tobacco, and Firearms and Explosives, are helping local authorities with the investigation, which is part of the standard procedure for church fires. “We’re very cautious in this climate, in this day and time, to make sure we’re very deliberate in investigating matters like this,” Simmons said. This fire was “a direct assault on people’s right to free worship,” he said, and later added during a press conference, “I see this as an attack on the black church and the black community.”

Burned pews, destroyed musical instruments, Bibles and hymnals are part of the debris inside the fire-damaged Hopewell M.B. Baptist Church in Greenville, Miss., shown on Wednesday. The town’s¬†mayor is calling it a hate crime as arson investigators collect evidence at the black church, which was heavily damaged by fire and tagged with “Vote Trump” in silver spray paint.

“Vote Trump” graffiti was painted on the side of the church in Greenville, Miss., shown Wednesday. Fire Chief Ruben Brown tells The Associated Press that firefighters found flames and smoke pouring from the sanctuary of the church Tuesday night.

Described by Dr. Martin Luther King, Jr. as “one of the most vicious and tragic crimes ever perpetrated against humanity”, the explosion at the church killed four girls and injured 22 others.

Although the FBI had concluded in 1965 that the 16th Street Baptist Church bombing had been committed by four known Ku Klux Klansmen and segregationists—Thomas Edwin Blanton, Jr., Herman Frank Cash, Robert Edward Chambliss, and Bobby Frank Cherry—no prosecutions ensued until 1977, when Robert Chambliss was tried and convicted of the first degree murder of one of the victims, 11-year-old Carol Denise McNair. Thomas Blanton and Bobby Cherry were each convicted of four counts of murder and sentenced to life imprisonment in 2001 and 2002 respectively, whereas Herman Cash, who died in 1994, was never charged with his alleged involvement in the bombing.