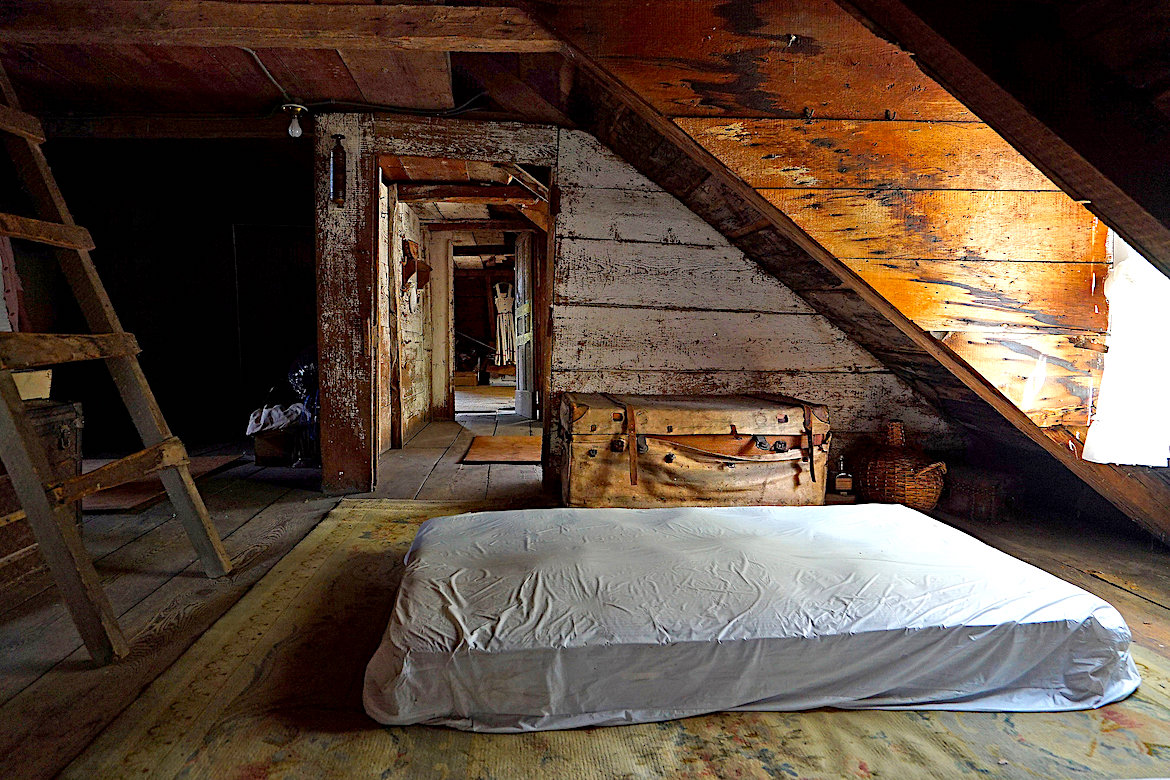 From Bank Robber To Filmmaker, Darius Clark Monroe Tells A Personal Story In “Evolution Of A Criminal”

BY   Jennifer Schuessler    PUB   The New York Times [perfectpullquote align=”full” cite=”” link=”” color=”” class=”” size=”15″]Joseph McGill first unrolled bedding in a former slave cabin in 1999.[/perfectpullquote]
He was participating in a documentary about Civil War re-enactors and the controversy over the Confederate battle flag, and the producers asked Mr. McGill — an African-American museum professional from South Carolina who dresses in the Union blue — if he could add some spice to a scene being filmed at a plantation near Charleston.

“The floor was very hard, and the bugs were terrible,” Mr. McGill, 54, recalled recently. “I woke up at about 3 a.m. to the sound of dogs barking in the distance. I’m not sure ‘spooky’ is the word, but the thought did run through my head of all those who had tried to escape.” The experience stuck with him, and in 2010 he formally began the Slave Dwelling Project, with the goal of filling what he calls “a void in preservation” at Southern plantations and beyond.

“We tend to save the iconic, architecturally significant buildings,” Mr. McGill said on a recent afternoon after leading a tour of restored slave cabins at Magnolia Plantation and Gardens in Charleston, where he works as a guide two days a week. “But what about these other buildings? They are part of the story, too.”

So far, Mr. McGill, whose ancestors were enslaved in Williamsburg County in South Carolina, has slept in more than 70 slave dwellings in 14 states, alone or in groups as large as 30, with the descendants of slaves sometimes lying alongside descendants of slave owners. This weekend, he is doing his first overnight stays in New York State, bedding down on three historic properties on eastern Long Island, in some of the region’s most beautiful (and expensive) resort areas.

A view from the slave attic sleeping quarters at Sylvester Manor on Shelter Island, nestled between the two forks of Long Island. The estate was once one of the largest slaveholding sites on Long Island. Nicole Bengiveno/The New York Times

Steep, twisting “slave stairs” lead to the sleeping quarters at the manor. Joseph McGill and a small group will try to sleep there. Nicole Bengiveno/The New York Times

The attic contains subtle traces of the hard lives endured under the eaves. Nicole Bengiveno/The New York Times
Joseph Lloyd Manor
PLANTATION, ESTATE, NEW YORK
Completed in 1766 for Joseph Lloyd–the second lord of the Manor of Queens Village–the Joseph Lloyd Manor House is a handsome center hall colonial building that was the seat of a 3000-acre country estate that came under British occupation during the Revolutionary War. Built by Connecticut craftsmen, it remained in the Lloyd family until 1876 and eventually became the country house of Mrs. Anna Matheson Wood who donated the property to SPLIA in 1968. Today, Lloyd Manor is furnished to the 1793 inventory of John Lloyd II and occupies a spectacular 2.5-acre setting that overlooks Lloyd Harbor and a formal garden from the Wood era. Lloyd Manor was the home of Jupiter Hammon, a slave who became the first published black poet.