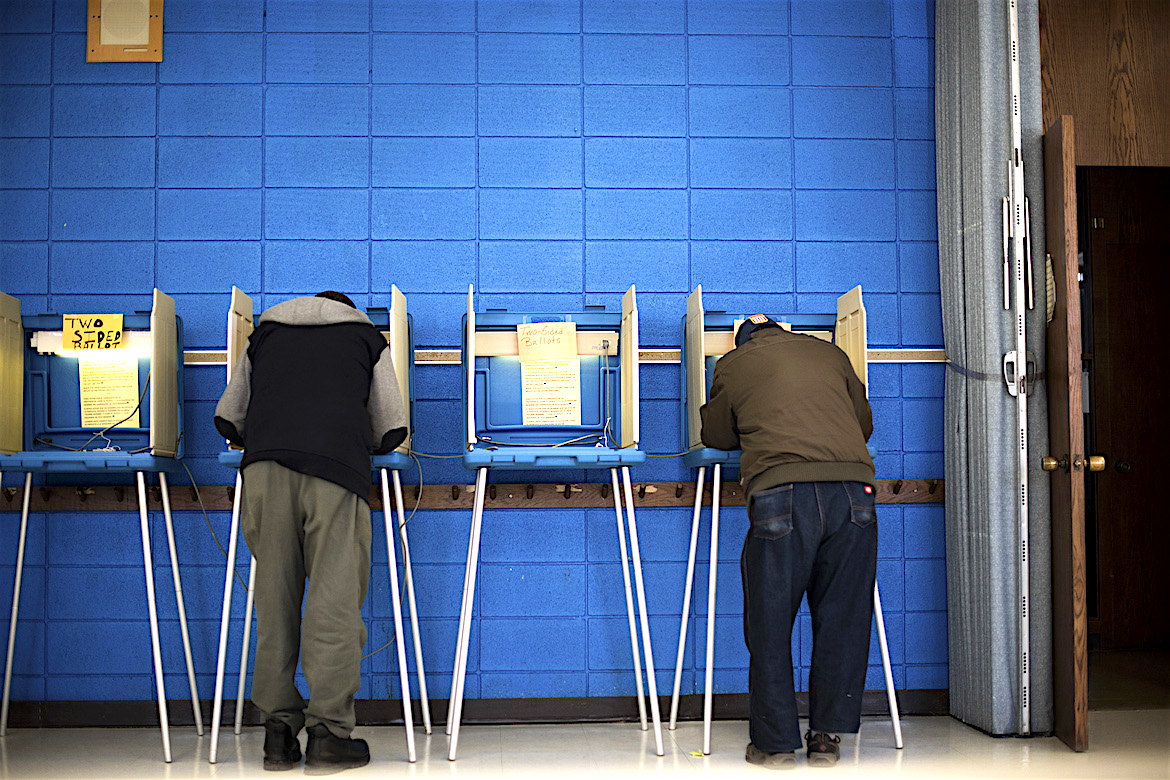 BY   Martha Waggoner    PUB   The Philadelphia Tribune [perfectpullquote align=”full” cite=”” link=”” color=”” class=”” size=”15″]Local elections boards in North Carolina are illegally removing thousands of voters from the rolls, and a disproportionate number of them are Black, the NAACP said in a federal lawsuit filed Monday.[/perfectpullquote]
Voters are being removed because of challenges filed by individuals, which the NAACP says is illegal under federal law less than 90 days before an election. However, state officials say it’s legal under state law.

Early voting already has begun in this critical swing state, where officials and the courts have tussled over voting hours and other issues of poll access.

“This is our Selma, and we will not back down and allow this suppression to continue,” said the Rev. William Barber, president of the North Carolina chapter of the NAACP. He said the challenges represent an example of voter suppression against African-Americans.

The group’s lawsuit zeroes in on Cumberland, Moore and Beaufort counties, where thousands of voters’ names have been challenged. In most cases, mail sent to an address is returned as undeliverable, which county boards can accept as evidence that the voter no longer lives there.

Voters cast their ballots at a polling station at the Albright United Methodist Church in Milwaukee, April 5, 2016. On Tuesday, Wisconsin voters headed to the polls in both major-party nominating contests. (Hilary Swift/The New York Times)
The Voting Rights Act of 1965
FEDERAL LEGISLATION, U.S.
The Voting Rights Act of 1965 is a landmark piece of federal legislation in the United States that prohibits racial discrimination in voting. It was signed into law by President Lyndon B. Johnson during the height of the Civil Rights Movement on August 6, 1965, and Congress later amended the Act five times to expand its protections. Designed to enforce the voting rights guaranteed by the Fourteenth and Fifteenth Amendments to the United States Constitution, the Act secured voting rights for racial minorities throughout the country, especially in the South. According to the U.S. Department of Justice, the Act is considered to be the most effective piece of civil rights legislation ever enacted in the country.
See Also