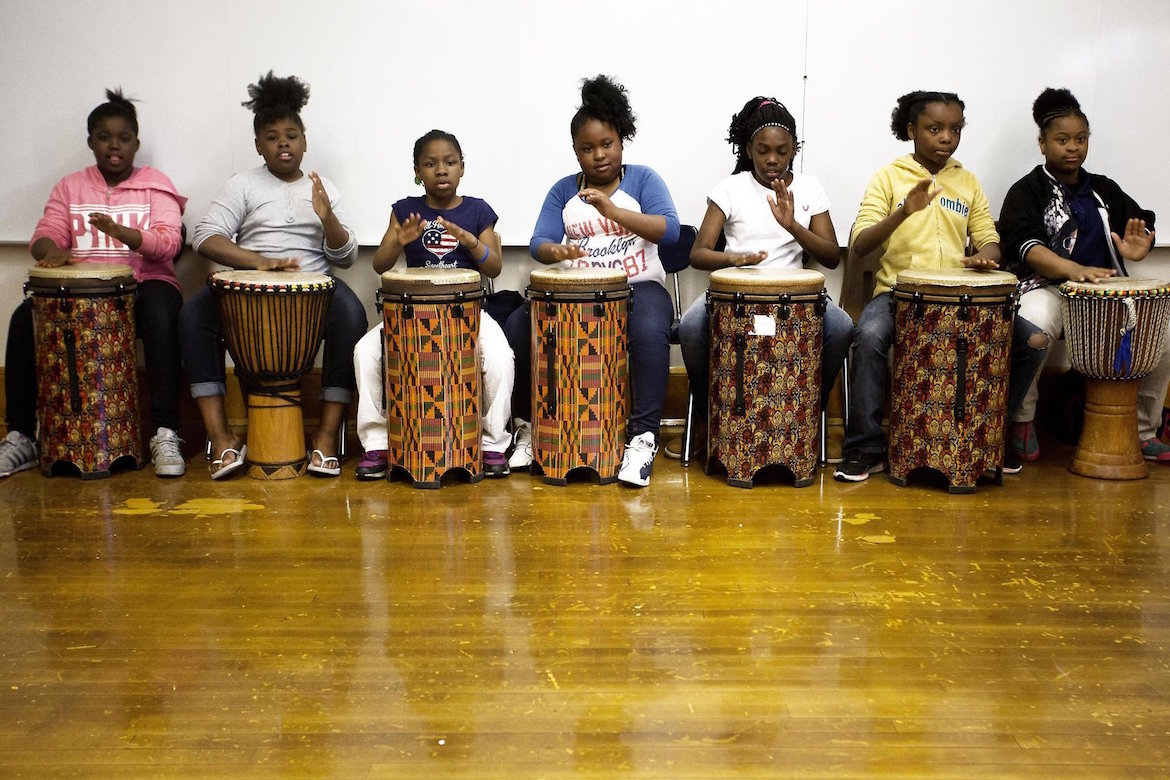 BY   Michelle Chen    PUB   The Nation [perfectpullquote align=”full” cite=”” link=”” color=”” class=”” size=”15″] New York City’s lauded universal pre-K program has a problem when it comes to diversity in the classroom.[/perfectpullquote]
Last week, communities across the country held teach-ins, public meetings and rallies to demand justice in schools, as part of a national campaign to “Stop School Pushout.” To resist the “zero-tolerance” brand of school discipline, civil-rights groups demand rehabilitative programs aimed at ending the so-called school-to-prison pipeline, the pattern of harsh disciplinary practices that lead to the suspension, expulsion, and criminalization of kids of color. The movement to stop overpolicing and punitive policies in schools is intersecting with a painfully tender side of educational policy, as urban schools seek to desegregate and promote diversity in early childhood education.

We now know both segregation and discrimination begin on the very first day of preschool.

An analysis of 2014–15 data from New York City’s new universal pre-K (UPK) program by the Century Foundation (TCF) suggests that, while the city has succeeded in enrolling 69,000 preschoolers in a comprehensive early education program, instead of opening opportunities for building equity, pre-kindergarten classrooms are among the city’s most racially divided, potentially extending the scope and depth of educational segregation.

Students head to lunch at Lakeshore Elementary School in San Francisco.
Century Foundation
PROGRESSIVE NONPARTISAN THINK TANK
Founded as the Co-operative League in 1919 by the progressive business leader Edward Filene, and later renamed to the Twentieth Century Fund, TCF is one of the oldest public policy research institutes in the country. As we left behind the twentieth century, we entered into the early 2000s with the same mission but a new name: The Century Foundation.