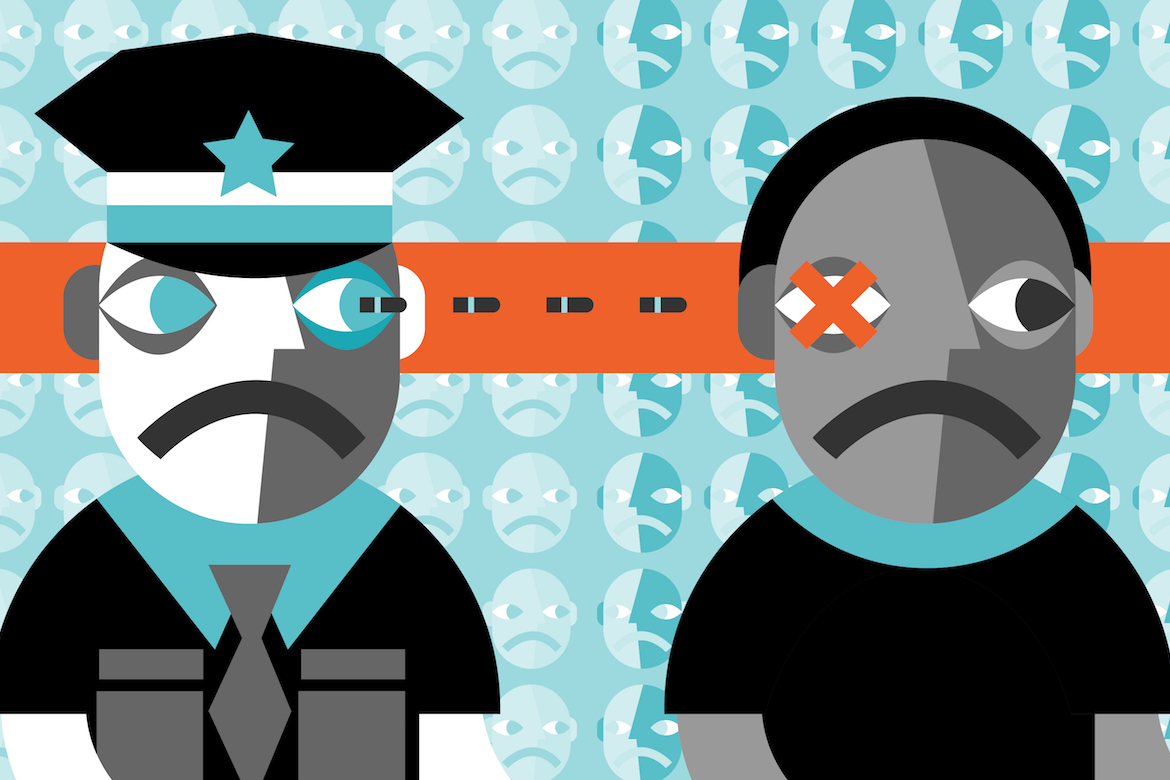 BY   Sylvester Monroe    PUB   The Washington Post Magazine [perfectpullquote align=”full” cite=”” link=”” color=”” class=”” size=”15″]“I can’t keep calm. I have a black son!”[/perfectpullquote]
When my daughter, Sherita, posted this Facebook message the day after a white police officer in a Minneapolis suburb fatally shot 32-year-old Philando Castile during a minor traffic stop, she echoed the fear and anger of so many African American parents.

I know that anger, have felt that fear.

Professionally, I have covered the issues surrounding it for more than 40 years as the nation has continued to wrestle with race and inequality. I’ve traced the lives of black men who grew up with me in a Chicago housing project. I saw up close the Los Angeles social unrest after the not-guilty verdicts in the Rodney King case. And I was there when a jury acquitted O.J. Simpson and felt the divisive reactions of blacks and whites.

I know that anger, have felt that fear.

Now here we are again. We are a nation shaken anew by the age-old issue of excessive force by police against communities of color. In its wake lies brutality and death and a level of trauma for the survivors that we have yet to fully understand or even to acknowledge.

Trayvon Martin. Michael Brown. Walter Scott. Freddie Gray. Eric Garner. Tamir Rice. Alton Sterling. Terence Crutcher. Keith Lamont Scott. These are just a few of the names on a seemingly endless list of the dead. Crutcher and Scott just in September. By the time these words reach you, there may be more.

The names of the dead that we know, and the names of others that we do not, cry out for solutions to America’s race problem. African American complaints about bad policing are as old as policing itself.

At the heart of this crisis are our nation’s continuing challenges regarding race. After decades of watching the same story played out over and over in city after city, I wonder if it will ever stop, whether we really can fix what is wrong.

I hear the desperation in my daughter’s voice, the fears of my sisters with 20-something sons in Chicago and Milwaukee, the exasperation of my police officer brother, the anger in my son’s and grandson’s words.

I hear them and more than ever I feel a burning need for the country to act decisively.

And I fear we’re running out of time.


Widespread looting, assault, arson, and killings occurred during the riots, and estimates of property damage was over $1 billion. The rioting ended after members of the California Army National Guard, the 7th Infantry Division, and the 1st Marine Division were called in to stop the rioting when the local police could not control the situation. In total, 55 people were killed during the riots and over 2,000 people were injured. LAPD chief of police Daryl Gates, who had already announced his resignation by the time of the riots, took much of the institutional blame for them.