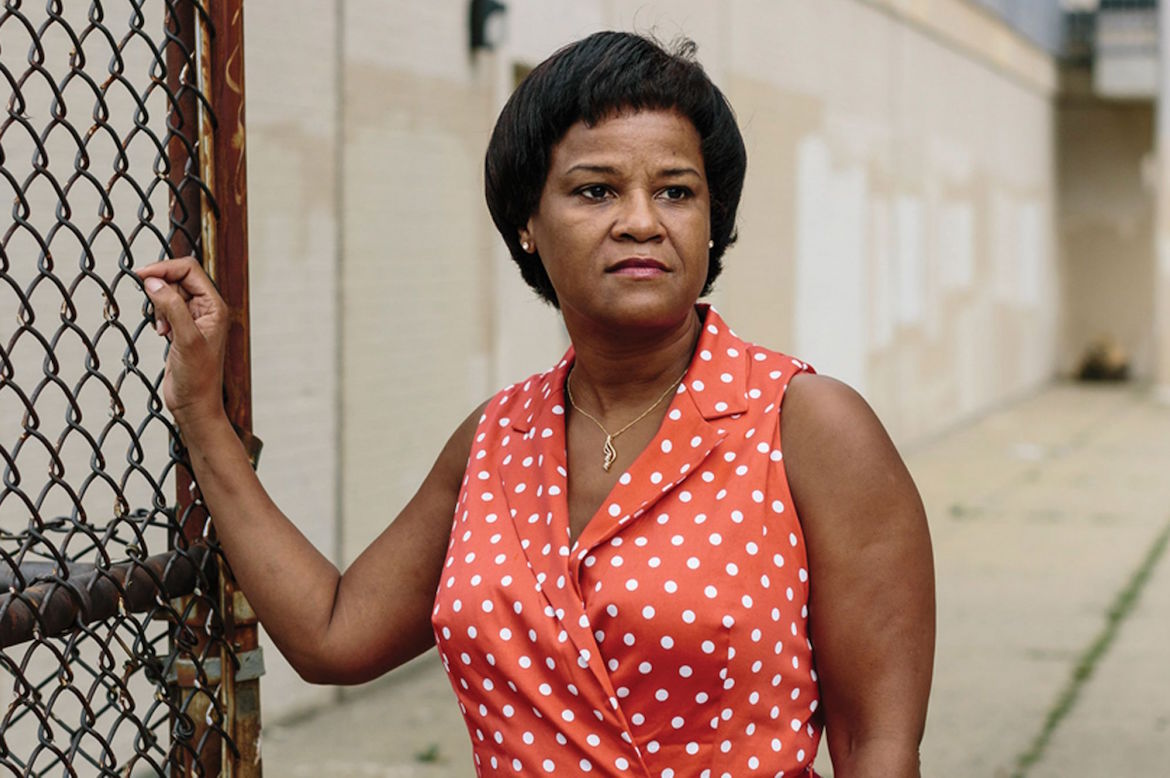 The NAACP opposes charter schools. Maybe it should do its homework

BY   Kristina Rizga    PUB   Mother Jones [perfectpullquote align=”full” cite=”” link=”” color=”” class=”” size=”15″]America’s schools desperately need educators like Darlene Lomax. So why are we driving them away?[/perfectpullquote]
One spring morning this year, Darlene Lomax was driving to her father’s house in northwest Philadelphia. She took a right onto Germantown Avenue, one of the city’s oldest streets, and pulled up to Germantown High School, a stately brick-and-stone building. Empty whiskey bottles and candy cartons were piled around the benches in the school’s front yard. Posters of the mascot, a green and white bear, had browned and curled. In what was once the teachers’ parking lot, spindly weeds shot up through the concrete. Across the street, above the front door of the also-shuttered Robert Fulton Elementary School, a banner read, “Welcome, President Barack Obama, October 10, 2010.”

It had been almost three years since the Philadelphia school district closed Germantown High, and 35 years since Lomax was a student there. But the sight of the dead building, stretching over an entire city block, still pained her. She looked at her old classroom windows, tinted in greasy brown dust, and thought about Dr. Grabert, the philosophy teacher who pushed her to think critically and consider becoming the first in her family to go to college. She thought of Ms. Stoeckle, the English teacher, whose red-pen corrections and encouraging comments convinced her to enroll in a program for gifted students. Lomax remembers the predominantly black school—she had only one white and one Asian American classmate—as a rigorous place, with college preparatory honors courses and arts and sports programs. Ten years after taking Ms. Stoeckle’s class, Lomax had dropped by Germantown High to tell her that she was planning to become a teacher herself.

A historic Georgian Revival building, Germantown High opened its doors in 1915 as a vocational training ground for the industrial era, with the children of blue-collar European immigrants populating its classrooms. In the late 1950s, the district added a wing to provide capacity for the growing population of a rapidly integrating neighborhood.

By 1972, Lomax’s father, a factory worker, had saved up enough to move his family of eight from a two-bedroom apartment in one of the poorest parts of Philadelphia into a four-bedroom brick house near Germantown. Each month, Darlene and her older sister would walk 15 blocks to the mortgage company’s gray stucco building, climb up to the second floor, and press a big envelope with money orders into the receptionist’s hand. The new house had a dining room and a living room, sparkling glass doorknobs, French doors that opened into a large sunroom, an herb garden, and a backyard with soft grass and big trees. Darlene and her father planted tomatoes and made salads with the sweet, juicy fruit every Friday, all summer long.

Fairhill Elementary, near Germantown Avenue, was one of the 24 schools that Philadelphia closed in 2013. Lexey Swall/Grain Images

Approximately 60 percent of AFT’s membership works directly in education, with the remainder of the union’s membership composed of paraprofessionals and school-related personnel; local, state and federal employees; higher education faculty and staff, and nurses and other healthcare professionals. The AFT’s affiliations include the trade union federation since its founding, the old American Federation of Labor until 1955, and the AFL-CIO.