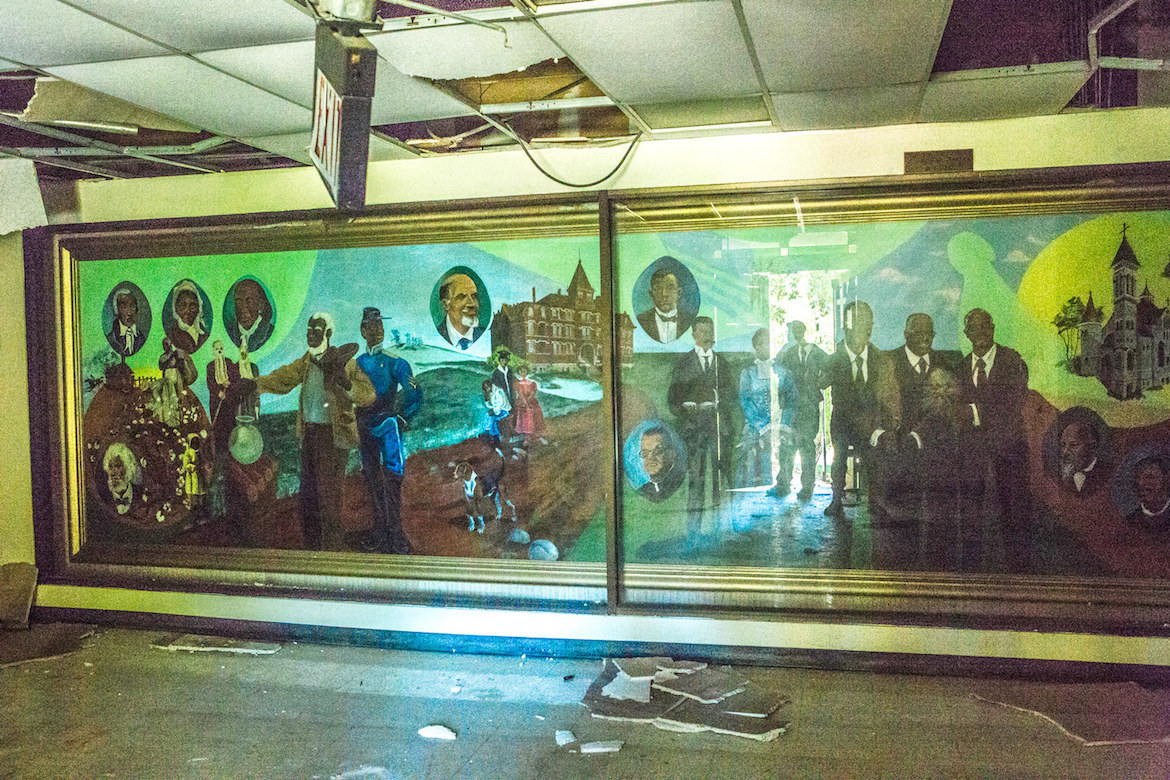 BY   Donnell Suggs    PUB   The Undefeated [perfectpullquote align=”full” cite=”” link=”” color=”” class=”” size=”15″]Alumni, friends, administration doing what they can until accreditation can be restored[/perfectpullquote]
Shirley Barlow remembers the moment that changed her life like it was yesterday.

A boy next door, a longtime neighbor and friend, introduced her to his cousin Chuck, and the rest has been a journey of love, achievement and loyalty. Chuck and Shirley have been married for more than 40 years and share precious memories of the college they attended together in Atlanta.

There have been many stories written about Morris Brown College that don’t tell the whole story of the college. They tell a lot about the fall but very little about the rise of Morris Brown. Reports from a number of publications and media including, The Atlanta Journal-Constitution, Fox 5 Atlanta, BuzzFeed and Slate have attempted to verbally and visually put an end to an institution that is forever embedded in the story that is the city of Atlanta and the Atlanta University Center.


In 2002 it lost its accreditation and federal funding due to a financial mismanagement scandal during the 1998–2002 tenure of Dolores Cross as school president. The United Negro College Fund also terminated its support for the college

In August 2012, Morris Brown filed for Chapter 11 bankruptcy in an attempt to prevent foreclosure and sale of the school at auction. In October 2015, the campus was still open, but dependent upon volunteer faculty and staff.

The Morris Brown Colored College (its original name) was founded in 1881 by African Americans affiliated with the African Methodist Episcopal Church and named to honor the denomination’s second bishop, Morris Brown. The AME Church sent missionaries to the South following the American Civil War, and they founded numerous new AME churches in Georgia and other states, as hundreds of thousands of freedmen joining new congregations.

On January 5, 1881, the North Georgia Annual Conference of the AME Church passed a resolution to establish an educational institution in Atlanta for the moral, spiritual, and intellectual growth of Negro boys and girls. The school formally opened its doors on October 15, 1885, with 107 students and nine teachers. Morris Brown was the first educational institution in Georgia to be owned and operated independently by African Americans. For more than a century, the college enrolled many students from poor backgrounds, large numbers of whom returned to their hometowns as teachers, as education was a mission of high priority.

Fountain Hall, originally known as Stone Hall when occupied by Atlanta University, was completed in 1882. It is closely associated with the history of the college and has been designated a National Historic Landmark. After Atlanta University consolidated its facilities, it leased the building to Morris Brown College, which renamed it Fountain Hall.