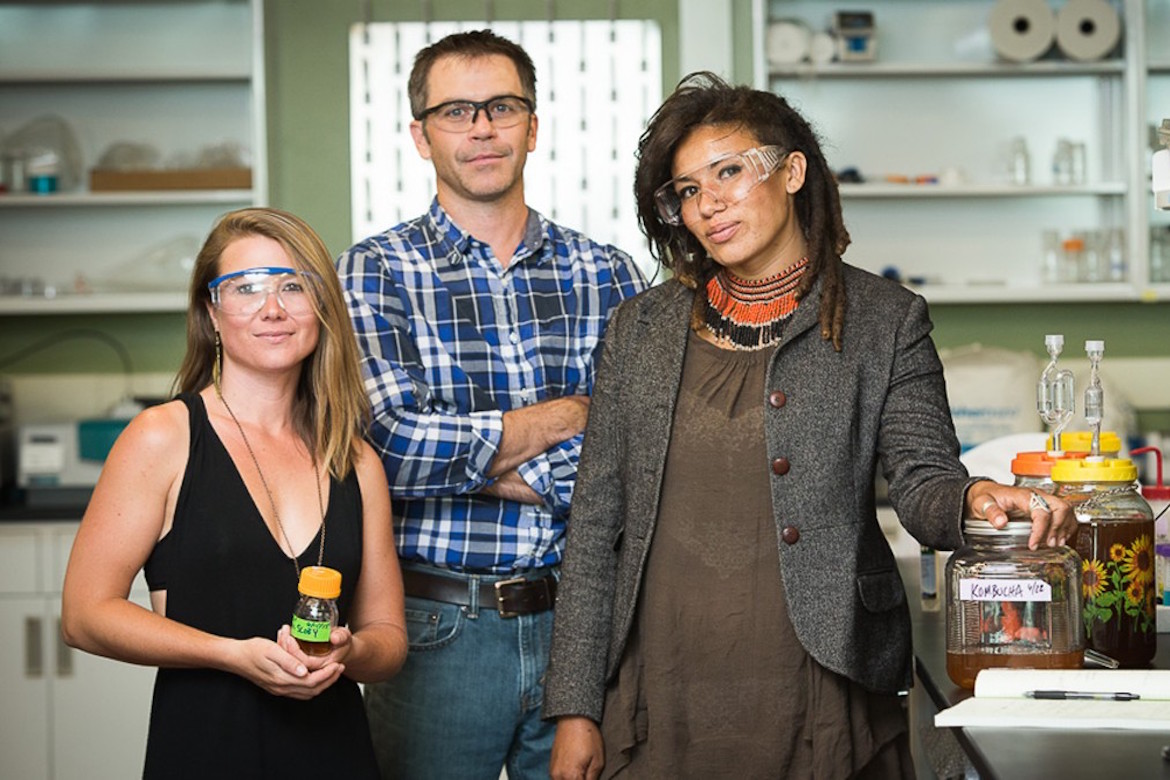 Bystrom-Williams is the CEO of the company, which combines probiotic kombucha tea with a bit of beer.

Ayla Bystrom-Williams, right, and Rena Glasscock of Honeymoon Brewery. Photo by Minesh Bacrania
Ayla Bystrom-Williams
CEO, HONEYMOON BREWERY
I brew. I brew Kombucha, I brew beer, I brew Jun and I brew happiness. My passion for hops, health, & happiness have lead me to a career in the Craft Beer Movement. After crafting recipes for the past seven years I have finally been able to pursue it as a professional dream through HoneyMoon Brewery. HoneyMoon is my female founded, Santa Fe based, bad-ass brewery which utilizes both traditional styles of beer brewing and the kombucha style of brewing. HoneyMoon Brewing fits right into the growing Craft Beer Movement by offering traditional beers while also filling a gap in the market with kombucha style beers. This process involves particular yeast and bacteria to produce beer which is low in sugar content, gluten free and a natural detoxicant. Perfect for not only the local health and organic markets but specifically the the sugar free and gluten free markets.