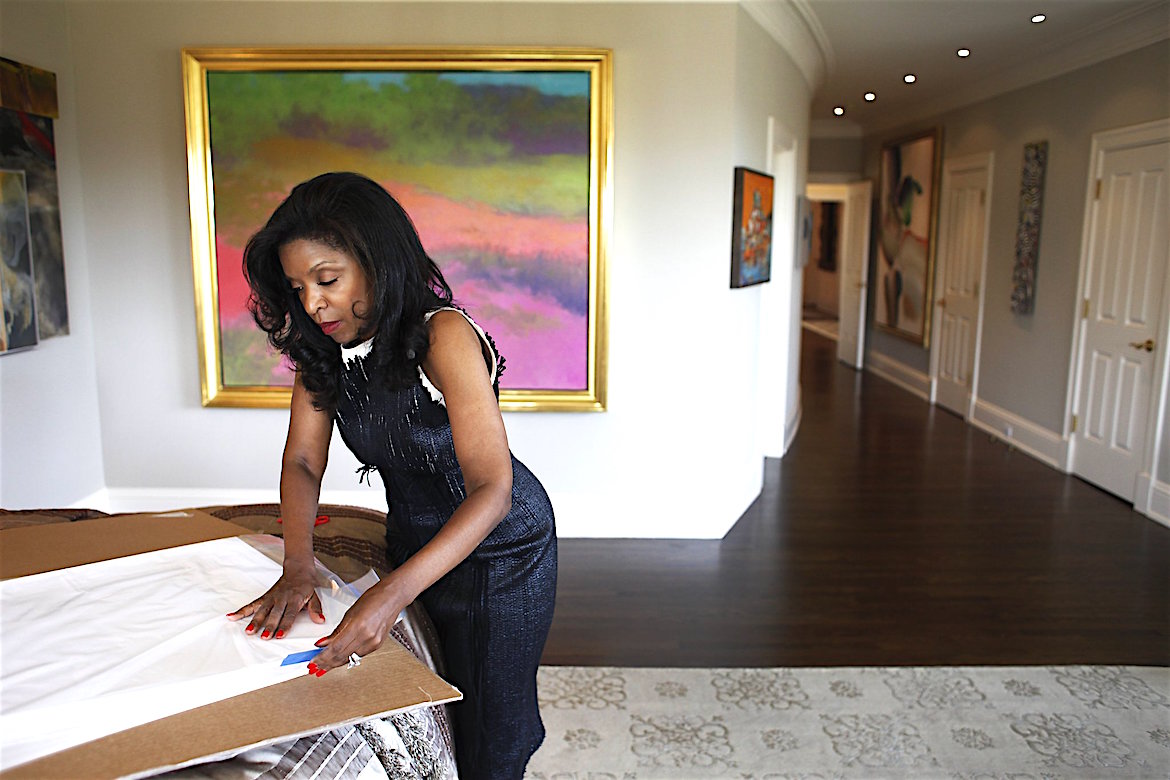 A Revealing Look at How Blacks Use Technology

BY   Ted Loos    PUB   The New York Times [perfectpullquote align=”full” cite=”” link=”” color=”” class=”” size=”15″]Sheena Wagstaff, chairwoman of the Metropolitan Museum of Art’s modern and contemporary art department, was relatively new on the job in 2013 when Pamela J. Joyner, a prolific art collector and supporter of artists of African descent, invited her on a trip to Washington to visit the studio of the Color Field painter Sam Gilliam. They looked at Mr. Gilliam’s in-progress pieces, a series of striking works with a thin stream of paint poured on board.[/perfectpullquote]
The Official Spokesperson to President Buhari, Mallam Garba Shehu, confirmed the girls’ release in a series of tweets.

Ms. Wagstaff knew the Met owned a Gilliam work, “Leah’s Renoir” (1979), somewhere in its collection, and the visit “prompted me to take a second look at it.” Later, Ms. Joyner donated money to buy another Gilliam, “Whirlirama” (1970), and next year there are plans to exhibit both when the Met reinstalls its modern collection. “Pamela is such an informed champion of her artists,” Ms. Wagstaff said.

That trip to Washington was one of the many ways that Ms. Joyner, 58, exerts her power as an art-world influence behind the scenes. She has relinquished a successful business career to become what she calls a full-time “mission-driven” collector of a very specific niche: Abstract art by African-Americans and members of the global African diaspora. Now she leverages her relationships with the Met in New York, the Tate in London, the Art Institute in Chicago and the San Francisco Museum of Modern Art to help these artists gain traction in the wider world.

“Afternoon” (1969), an oil painting by Norman Lewis. Credit Estate of Norman Lewis, via Michael Rosenfeld Gallery and the Art Institute of Chicago

Pamela Joyner unpacks a print from Carrie Mae Weems. Joyner collects art by artists of African descent. Photo: Pete Kiehart, The Chronicle
Metropolitan Museum of Art
NEW YORK CITY, NEW YORK
The Metropolitan Museum of Art, colloquially “the Met”, is located in New York City and is the largest art museum in the United States, and is among the most visited art museums in the world. Its permanent collection contains over two million works, divided among seventeen curatorial departments. The main building, on the eastern edge of Central Park along Manhattan’s Museum Mile, is by area one of the world’s largest art galleries. A much smaller second location, The Cloisters at Fort Tryon Park in Upper Manhattan, contains an extensive collection of art, architecture, and artifacts from Medieval Europe.


The permanent collection consists of works of art from classical antiquity and ancient Egypt, paintings and sculptures from nearly all the European masters, and an extensive collection of American and modern art. The Met maintains extensive holdings of African, Asian, Oceanian, Byzantine, Indian, and Islamic art. The museum is home to encyclopedic collections of musical instruments, costumes and accessories, as well as antique weapons and armor from around the world. Several notable interiors, ranging from first-century Rome through modern American design, are installed in its galleries.

The Metropolitan Museum of Art was founded in 1870. The founders included businessmen and financiers, as well as leading artists and thinkers of the day, who wanted to open a museum to bring art and art education to the American people. It opened on February 20, 1872, and was originally located at 681 Fifth Avenue.