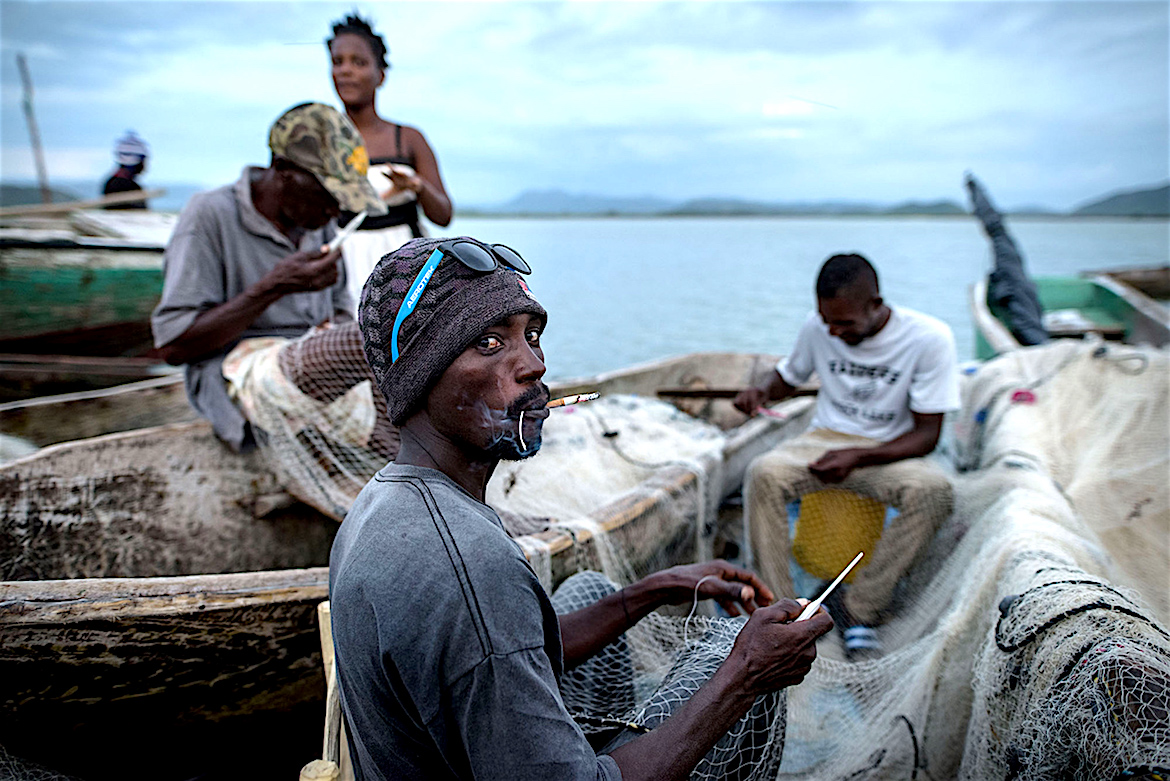 Righting Wrongs and Generating Attention for Art of the African Diaspora

BY   Alan Taylor    PUB   The Atlantic [perfectpullquote align=”full” cite=”” link=”” color=”” class=”” size=”15″]Hurricane Matthew killed more than 500 people in Haiti when it struck two weeks ago, leaving more than 175,000 without homes, and more than a million more struggling to survive in what United Nations Secretary-General Ban Ki-moon called “absolute devastation.”[/perfectpullquote]
The UN estimates at least 1.4 million Haitians are now in need of urgent assistance as clean water, food, and medicine are in short supply, and an ongoing cholera epidemic threatens to worsen and spread after dozens of cholera treatment centers were destroyed.

TOPSHOT – View from the National school of Labeyi, that was the destroyed by Hurricane Matthew, in the commune of Chadonyer, in Les Cayes, in the southwest of Haiti, on October 16, 2016. UN Secretary-General Ban Ki-moon voiced distress October 15 at the “absolute devastation” caused by the deadly hurricane in Haiti, and disappointment at the little emergency aid reaching the struggling nation. / AFP / HECTOR RETAMAL (Photo credit should read HECTOR RETAMAL/AFP/Getty Images)

Members of an evangelic church attend church damaged by Hurricane Matthew, in the commune of Roche-a-Bateaux, in Les Cayes, in the southwest of Haiti, on October 16, 2016. UN Secretary-General Ban Ki-moon voiced distress October 15 at the “absolute devastation” caused by the deadly hurricane in Haiti, and disappointment at the little emergency aid reaching the struggling nation. / AFP / HECTOR RETAMAL (Photo credit should read HECTOR RETAMAL/AFP/Getty Images)

Coconut palms toppled by Hurricane Matthew lay in the countryside near Jeremie, southwestern Haiti, Friday, Oct. 14, 2016. Re-planting vegetable crops can be done relatively quickly and rice fields begin to recover as floodwaters recede, but the loss of mature fruit trees that families nurtured for a generation is a staggering blow. (AP Photo/Rebecca Blackwell)

A youth hides his face from the sting of tear gas as U.N. troops clash with rock-throwing neighborhood residents outside a U.N. base in Les Cayes, Haiti, Saturday, Oct. 15, 2016. Residents said clashes with the peacekeepers began when trucks carrying food aid arrived at the base. (AP Photo/Rebecca Blackwell)

Aquin, HAITI – OCTOBER 15: Fisher prepare their nets for a night fishing on October 15, 2016 in Aquin, Haiti. (Photo by Thomas Lohnes/Getty Images)
Haiti
OFFICIALLY THE REPUBLIC OF HAITI
Haiti; Haitian Creole: Ayiti [ajiti]), officially the Republic of Haiti (French: République d’Haïti; Haitian Creole: Repiblik Ayiti), is a sovereign state in the Western Hemisphere (North America). The country is located on the island of Hispaniola, in the Greater Antilles archipelago of the Caribbean. It occupies the western three-eighths of the island, which it shares with the Dominican Republic. Haiti is 27,750 square kilometres (10,714 sq mi) in size and has an estimated 10.6 million people, making it the most populous country in the Caribbean Community (CARICOM) and the second-most populous country in the Caribbean as a whole.