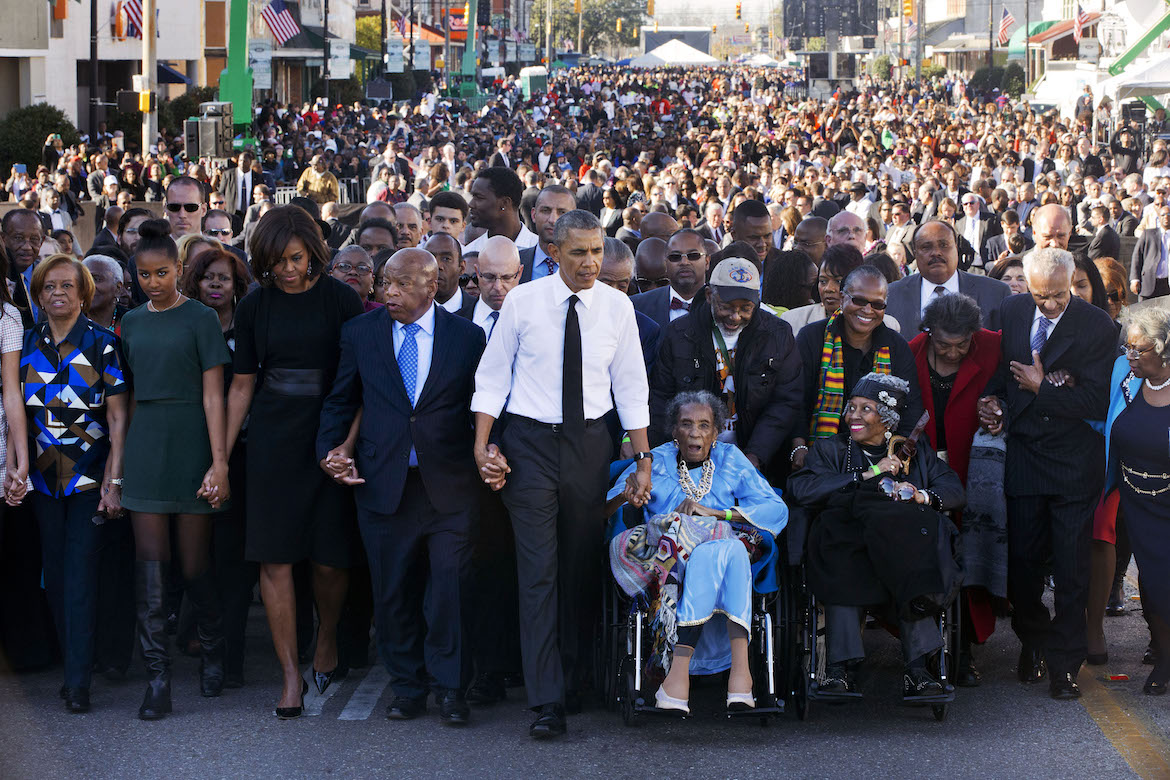 In Ferguson, the Seeds of Trump’s Defeat

BY   Al Jazeera    PUB   Al Jazeera [perfectpullquote align=”full” cite=”” link=”” color=”” class=”” size=”15″]How did Barack Obama symbolise a change for the African-American communities of Washington DC?[/perfectpullquote]
The candidacy of Barack Obama made race a central factor in the presidential campaign 2008. From the time of slavery, African-Americans have been one of the most disenfranchised groups in the US.

For the same work, African-Americans may earn half as much as white Americans. They’re more likely to get convicted and receive harsher sentences for the same crimes.

Despite this grim reality, there is a new generation of African-American students on the rise. Obama’s speeches inspire them and the prospect of seeing the first African-American elected president of the US galvanises them.

We follow two African-American teenagers in Washington DC embracing Barack Obama’s example who refuse to let race be an obstacle to their aspirations. It is their voice and they feel it is their time.