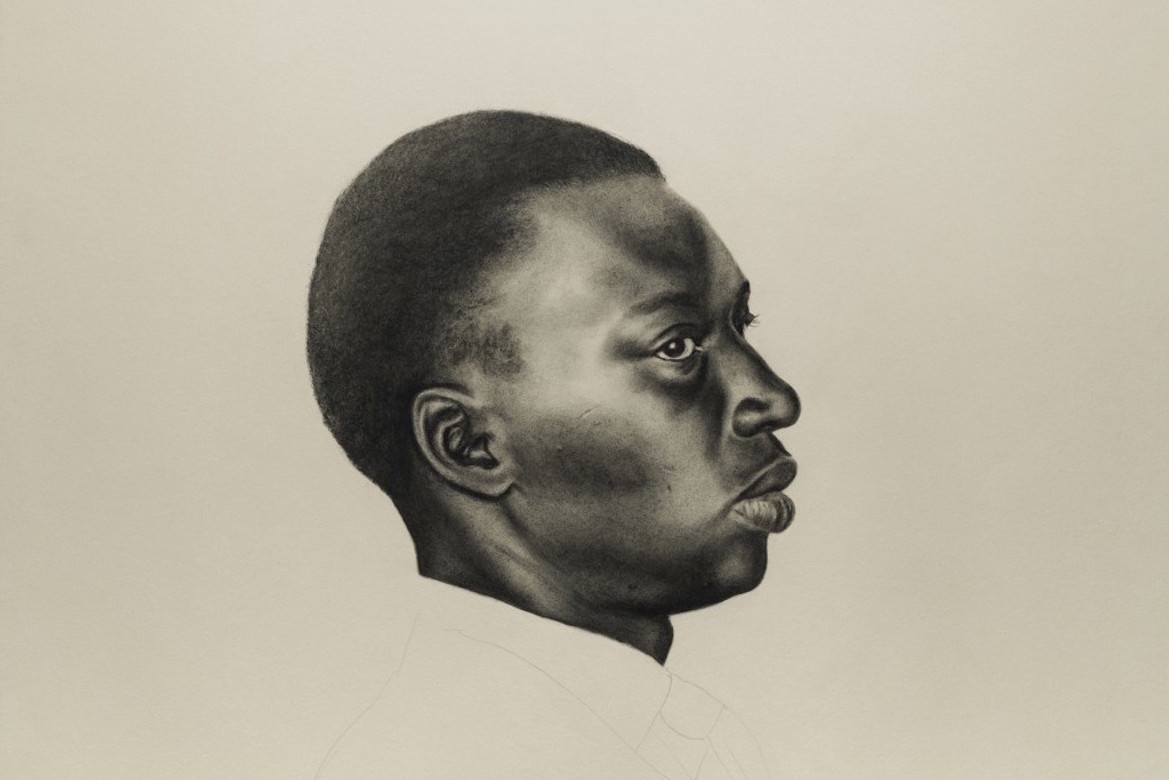 Whitfield Lovell’s work is not about the African American experience; it is about his own.

This, at least, is what the artist, 57, says in the exhibition catalogue for “Kin,” a series of 60 works on paper, 18 of which form the centerpiece of a retrospective at the Phillips Collection that opened Oct. 8.

But the impetus behind Lovell’s work is a desire to reanimate lost generations, to surround himself with a cloud of imaginary ancestors to replace those who have been forgotten. With his portraits — executed on paper, in photographic detail, in the “Kin” series, and more roughly, in charcoal on wood in the earlier works — he is making the gesture of creating a place for himself, both in human history with an imaginary family, and in Western art history by creating the illusion of a past in which it’s black people, rather than European aristocrats, who are depicted in life-size wall portraits. However personal this goal, it cannot avoid becoming a larger statement about the way that an entire group of people, a whole history, have been systemically forgotten.

“Kin LX (The Rouge and the Noir),” 2011. Conte on paper and twigs. (Collection of Hans Dorsinville/Copyright Whitfield Lovell and DC Moore Gallery)

“Kin XLI (Fauna),” 2011. Conte on paper, stuffed bird. (Copyright Whitfield Lovell and DC Moore Gallery)
Whitfield Lovell
CONTEMPORARY AFRICAN AMERICAN ARTIST
Whitfield Lovell (born October 2, 1959, Bronx, New York) is a contemporary African-American artist who is known primarily for his drawings of African-American individuals from the first half of the 20th century. Lovell creates these drawings in pencil, oil stick, or charcoal on paper, wood, or directly on walls. In his most recent work, these drawings are paired with found objects that Lovell collects at flea markets and antique shops.