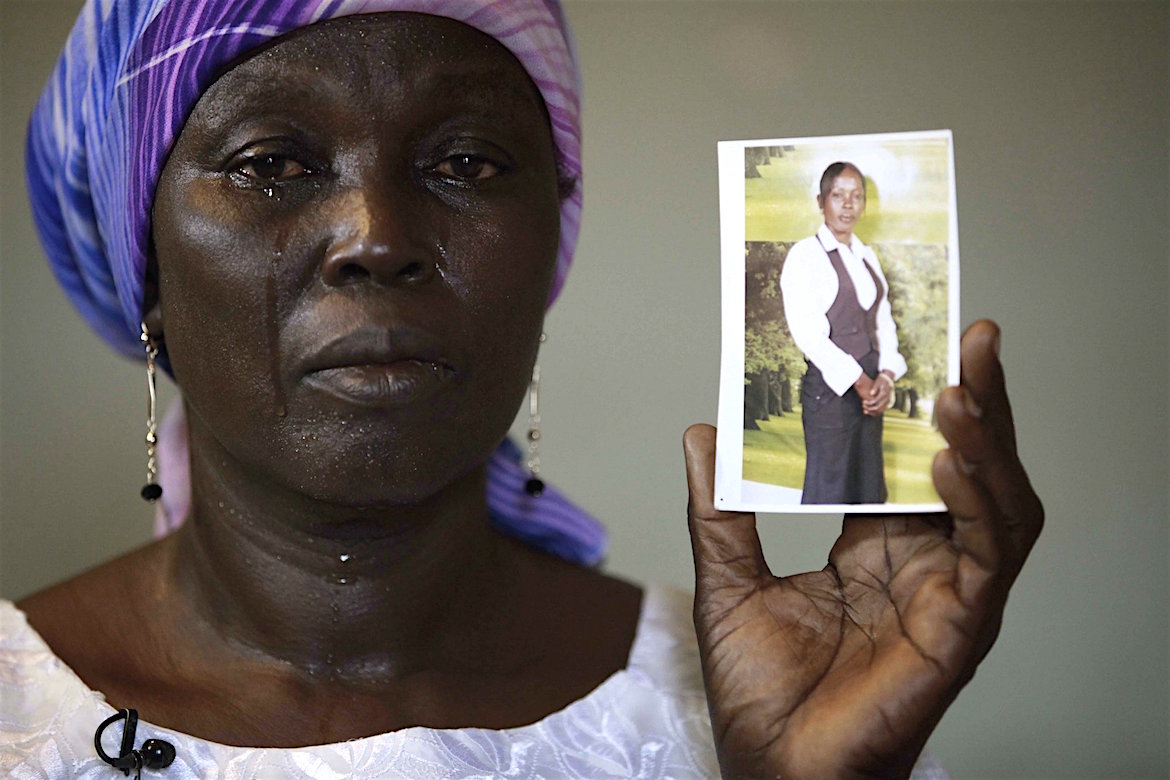 BY   Alyssa Klein    PUB   Okay Africa [perfectpullquote align=”full” cite=”” link=”” color=”” class=”” size=”15″]21 of the missing Chibok schoolgirls have reportedly been freed. The news comes 30 months after 276 schoolgirls were kidnapped from the Government Secondary School in the town of Chibok in Borno State, Nigeria.[/perfectpullquote]
The Official Spokesperson to President Buhari, Mallam Garba Shehu, confirmed the girls’ release in a series of tweets.

“It is confirmed that 21 of the missing Chibok Girls have been released and are in the custody of the Department of State Services, DSS,” he said, continuing that the release is the outcome of negotiations between the Nigerian government administration and Boko Haram brokered by the International Red Cross and the Swiss government. According to Garba Shehu, the negotiations will continue, and the names of the individual schoolgirls will be revealed shortly.

One of the damaged classrooms. Photo: Getty Images

In this Monday, May 19, 2014 file photo, Martha Mark, the mother of kidnapped school girl Monica Mark cries as she displays her photo. (AP Photo/Sunday Alamba, File) (Sunday Alamba)
Boko Haram
ISLAMIC EXTREMIST GROUP
Boko Haram, referred to by themselves as al-Wilāyat al-Islāmiyya Gharb Afrīqiyyah, (Islamic State West Africa Province, ISWAP), and Jamā’at Ahl as-Sunnah lid-Da’wah wa’l-Jihād (Arabic: “Group of the People of Sunnah for Preaching and Jihad”), is an Islamic extremist group based in northeastern Nigeria, also active in Chad, Niger and northern Cameroon. The group was led by Abubakar Shekau until August 2016, when he was succeeded by Abu Musab al-Barnawi. The group had alleged links to al-Qaeda, but in March 2015, it announced its allegiance to the Islamic State of Iraq and the Levant (ISIL). Since the current insurgency started in 2009, it has killed 20,000 and displaced 2.3 million from their homes[16] and was ranked as the world’s deadliest terror group by the Global Terrorism Index in 2015.


After its founding in 2002, Boko Haram’s increasing radicalization led to a violent uprising in July 2009 in which its leader was summarily executed. Its unexpected resurgence, following a mass prison break in September 2010, was accompanied by increasingly sophisticated attacks, initially against soft targets, and progressing in 2011 to include suicide bombings of police buildings and the United Nations office in Abuja. The government’s establishment of a state of emergency at the beginning of 2012, extended in the following year to cover the entire northeast of Nigeria, led to an increase in both security force abuses and militant attacks.