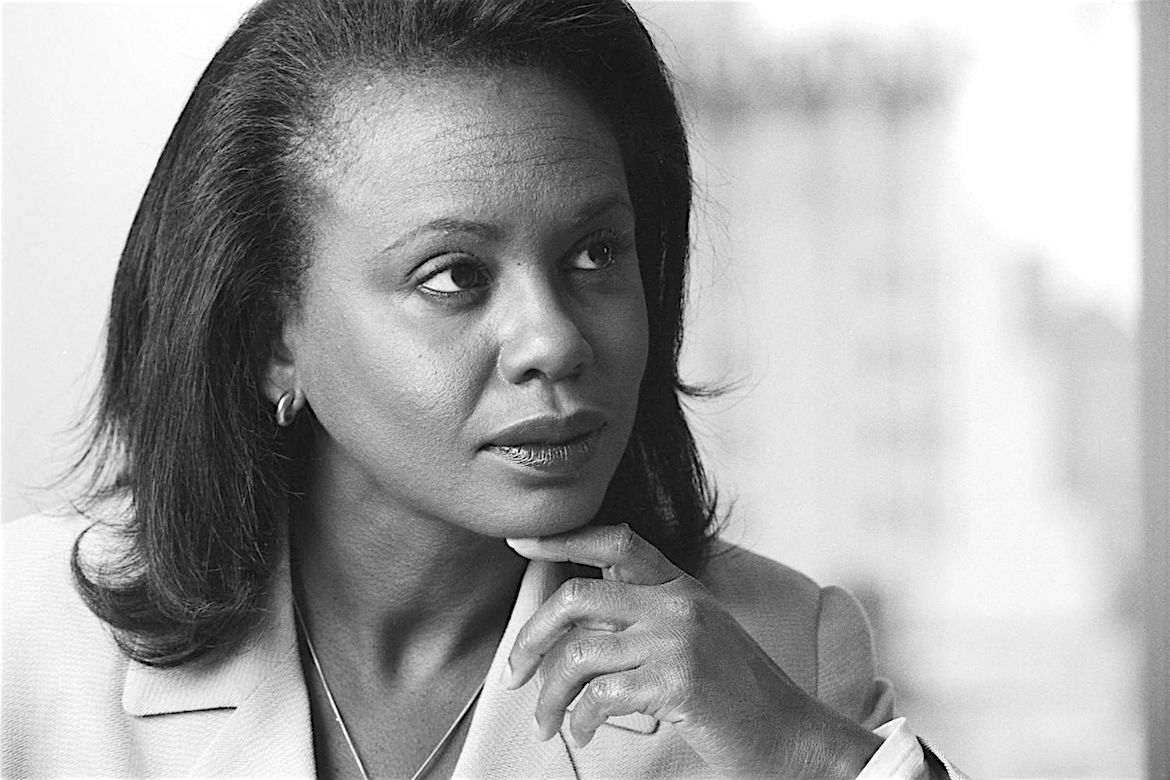 BY   Dahlia Lithwick    PUB   Slate [perfectpullquote align=”full” cite=”” link=”” color=”” class=”” size=”15″]Only this time, the outrage at a powerful, predatory man is swifter and more universal.[/perfectpullquote]
This past Tuesday marked the 25th anniversary of Anita Hill’s devastating Senate testimony accusing then–Supreme Court nominee Clarence Thomas of workplace sexual harassment. In light of the most recent accusations against Donald Trump, it’s hard to miss the almost perfect synchronicity between these two October explosions of gender awareness. In a deeply personal and visceral way, America is having another Anita Hill moment.

In one sense it’s depressing: It’s been 25 years, and yet here we are, still talking about whether a man who allegedly treats women like lifelong party favors, should perhaps be disqualified from our highest governmental positions. But to despair that it’s gender Groundhog Day in America is to fundamentally miss the point: A lot has changed since October 1991, and American women are reaping the benefits of having gone through this looking glass once before. The nearly universal and instantaneous outrage at Trump’s comments and behavior—from the press, from GOP leaders, from really everyone outside of the Breitbart bubble? We have Anita Hill to thank for that.

via glamour.com
Anita Hill
AMERICAN ATTORNEY & ACADEMIC (1956–)Anita Faye Hill (born July 30, 1956) is an American attorney and academic. She is a University Professor of Social Policy, Law, and Women’s Studies at Brandeis University and a faculty member of Brandeis’ Heller School for Social Policy and Management. She became a national figure in 1991 when she accused U.S. Supreme Court nominee Clarence Thomas, her boss at the U.S. Department of Education and the Equal Employment Opportunity Commission, of sexual harassment.