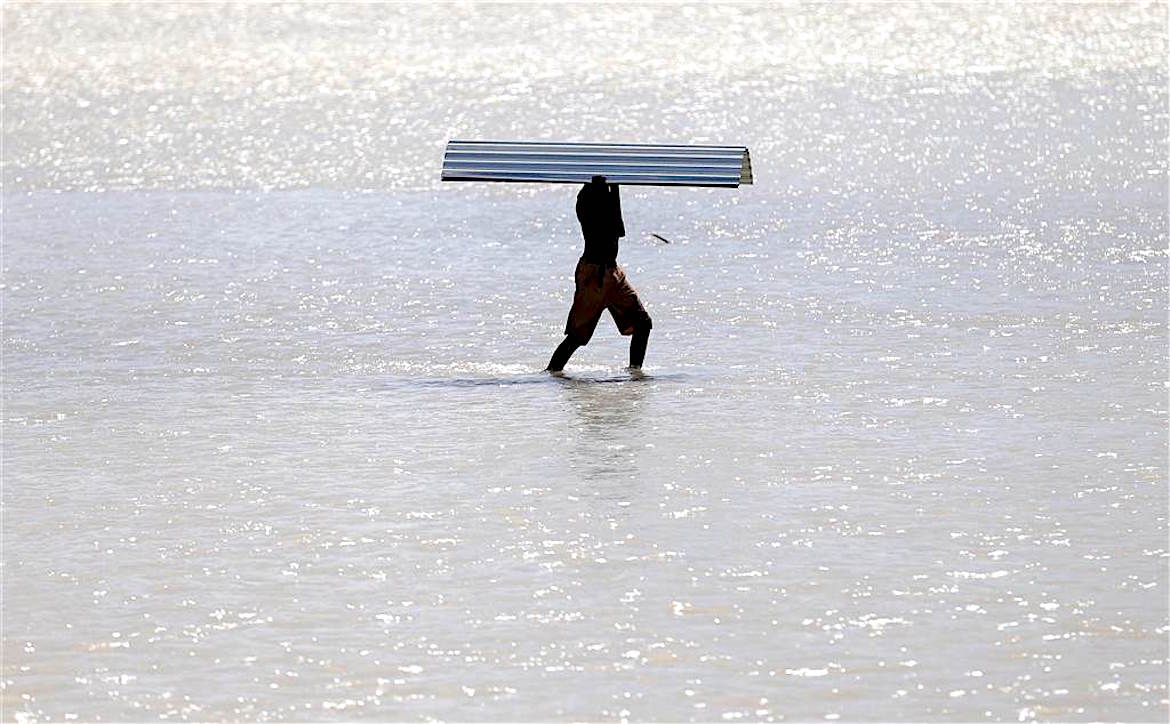 BY   Kate Linthicum    PUB   Los Angeles Times [perfectpullquote align=”full” cite=”” link=”” color=”” class=”” size=”15″]The United States is temporarily suspending deportations of Haitians after Hurricane Matthew wreaked havoc on the Caribbean island.[/perfectpullquote]
But Secretary of Homeland Security Jeh Johnson also made clear that the U.S. plans to resume deportation flights soon, and will continue to prioritize the deportation of Haitians attempting to enter the U.S. without permission.

His statement comes as growing numbers of Haitian migrants have found themselves bottle-necked in Tijuana and other Mexican communities along the U.S. border, and as immigration activists and members of Congress petition the U.S. to halt deportations of Haitians entirely.

The statement was released as Johnson visited Mexico City to discuss immigration and security issues with top Mexican officials, who are growing increasingly wary of the Haitians languishing in Tijuana and other Mexican border towns.

A relative cries Saturday before the funeral of Anne Dit Trozitha Zamore, killed in the hurricane, in Chantal, Haiti. ANDRES MARTINEZ CASARES / Reuters

A man carries sheets of zinc to rebuild his house’s destroyed roof in Chantal on Friday. ORLANDO BARRIA / EPA
Haiti
OFFICIALLY THE REPUBLIC OF HAITI
Haiti; Haitian Creole: Ayiti [ajiti]), officially the Republic of Haiti (French: République d’Haïti; Haitian Creole: Repiblik Ayiti), is a sovereign state in the Western Hemisphere (North America). The country is located on the island of Hispaniola, in the Greater Antilles archipelago of the Caribbean. It occupies the western three-eighths of the island, which it shares with the Dominican Republic. Haiti is 27,750 square kilometres (10,714 sq mi) in size and has an estimated 10.6 million people, making it the most populous country in the Caribbean Community (CARICOM) and the second-most populous country in the Caribbean as a whole.