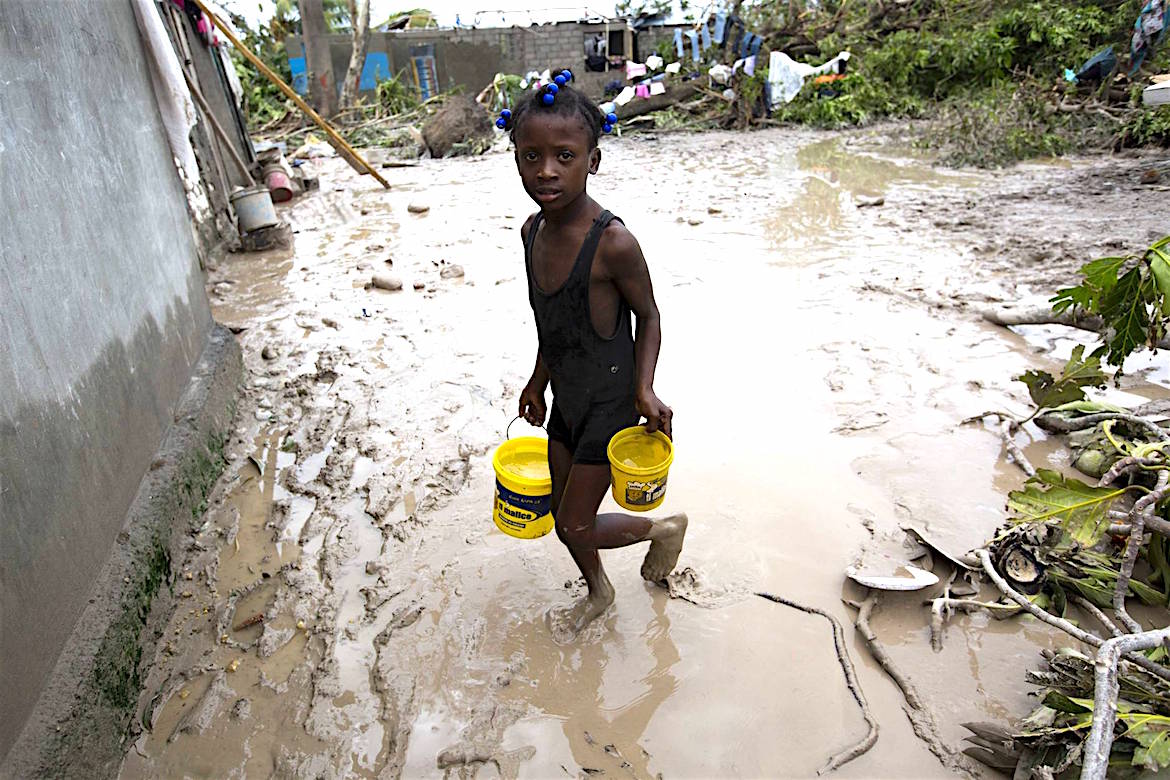 BY   Azam Ahmed    PUB   The New York Times [perfectpullquote align=”full” cite=”” link=”” color=”” class=”” size=”15″]JÉRÉMIE, Haiti — Things had been looking up in Jérémie, a coastal city marooned on the tip of Haiti’s southern peninsula. It had recently gotten its first decent road link to the rest of the country, a new highway through the rugged mountains that brought development.[/perfectpullquote]
Cellphone service had finally begun, enabling farmers and businesses to flourish. The city was racing into the 21st century, dreaming of advanced agriculture and tourism in one of Haiti’s few nature preserves.

But now, Hurricane Matthew has turned back the clock.

The rich forests and vegetation are now splinters and a saltwater swamp. Roads are blocked with detritus, trees turned to tinder, homes reduced to mounds of stone and rusted tin shards cleaved from roofs. Jérémie’s ambitious economic plans have been eviscerated.

“Instead of going forward, we have to restart,” said Marie Roselore Auborg, the minister for commerce and industry in the Grand Anse department, where Jérémie is the capital. “This storm leveled all of the potential we had to grow and reboot our economy.”

A girl lugs buckets of drinking water after the passing of Hurricane Matthew in Les Cayes, Haiti, Thursday, Oct. 6, 2016. Two days after the storm rampaged across the country’s remote southwestern peninsula, authorities and aid workers still lack a clear picture of what they fear is the country’s biggest disaster in years. (AP Photo/Dieu Nalio Chery)
Haiti
OFFICIALLY THE REPUBLIC OF HAITI
Haiti; Haitian Creole: Ayiti [ajiti]), officially the Republic of Haiti (French: République d’Haïti; Haitian Creole: Repiblik Ayiti), is a sovereign state in the Western Hemisphere (North America). The country is located on the island of Hispaniola, in the Greater Antilles archipelago of the Caribbean. It occupies the western three-eighths of the island, which it shares with the Dominican Republic. Haiti is 27,750 square kilometres (10,714 sq mi) in size and has an estimated 10.6 million people, making it the most populous country in the Caribbean Community (CARICOM) and the second-most populous country in the Caribbean as a whole.
See Also