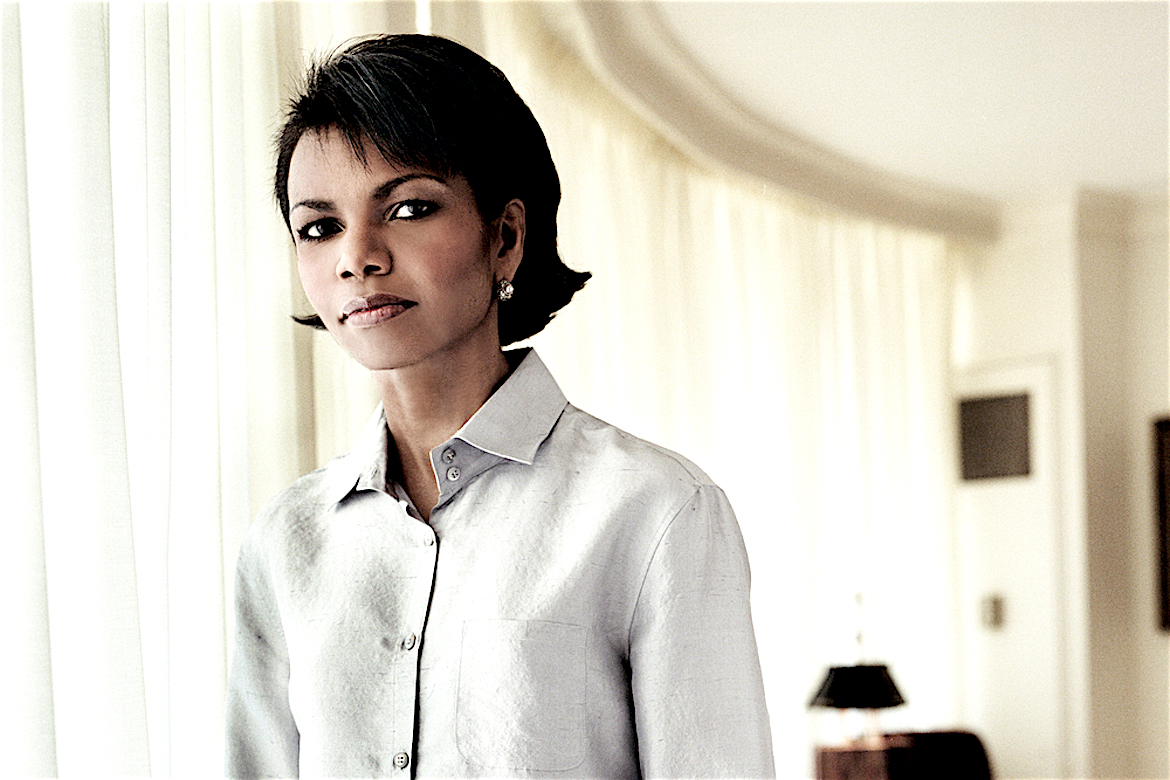 ‘Living Abroad While Black Is Tough’

BY   Jessica Schulberg    PUB   Huffington Post [perfectpullquote align=”full” cite=”” link=”” color=”” class=”” size=”14″] Too bad it’s too late to take him off the ballot.[/perfectpullquote]Former Secretary of State Condoleezza Rice broke her silence on the presidential election on Saturday and called on Republican presidential nominee Donald Trump to end his campaign.

“Enough! Donald Trump should not be President,” she wrote in a Facebook post. “He should withdraw. As a Republican, I hope to support someone who has the dignity and stature to run for the highest office in the greatest democracy on earth.”

Condoleezza “Condi” Rice
AMERICAN POLITICAL SCIENTIST, DIPLOMAT
Condoleezza “Condi” Rice (born November 14, 1954) is an American political scientist and diplomat. She served as the 66th United States Secretary of State, the second person to hold that office in the administration of President George W. Bush. Rice was the first female African-American Secretary of State, as well as the second African American secretary of state (after Colin Powell), and the second female secretary of state (after Madeleine Albright). Rice was President Bush’s National Security Advisor during his first term, making her the first woman to serve in that position. Before joining the Bush administration, she was a professor of political science at Stanford University where she served as Provost from 1993 to 1999. Rice also served on the National Security Council as the Soviet and Eastern Europe Affairs Advisor to President George H. W. Bush during the dissolution of the Soviet Union and German reunification.


Following her confirmation as Secretary of State, Rice pioneered the policy of Transformational Diplomacy directed toward expanding the number of responsible democratic governments in the world and especially in the Greater Middle East. That policy faced challenges as Hamas captured a popular majority in Palestinian elections, and influential countries including Saudi Arabia and Egypt maintained authoritarian systems with U.S. support. She has logged more miles traveling than any other Secretary of State. While in the position, she chaired the Millennium Challenge Corporation’s board of directors.