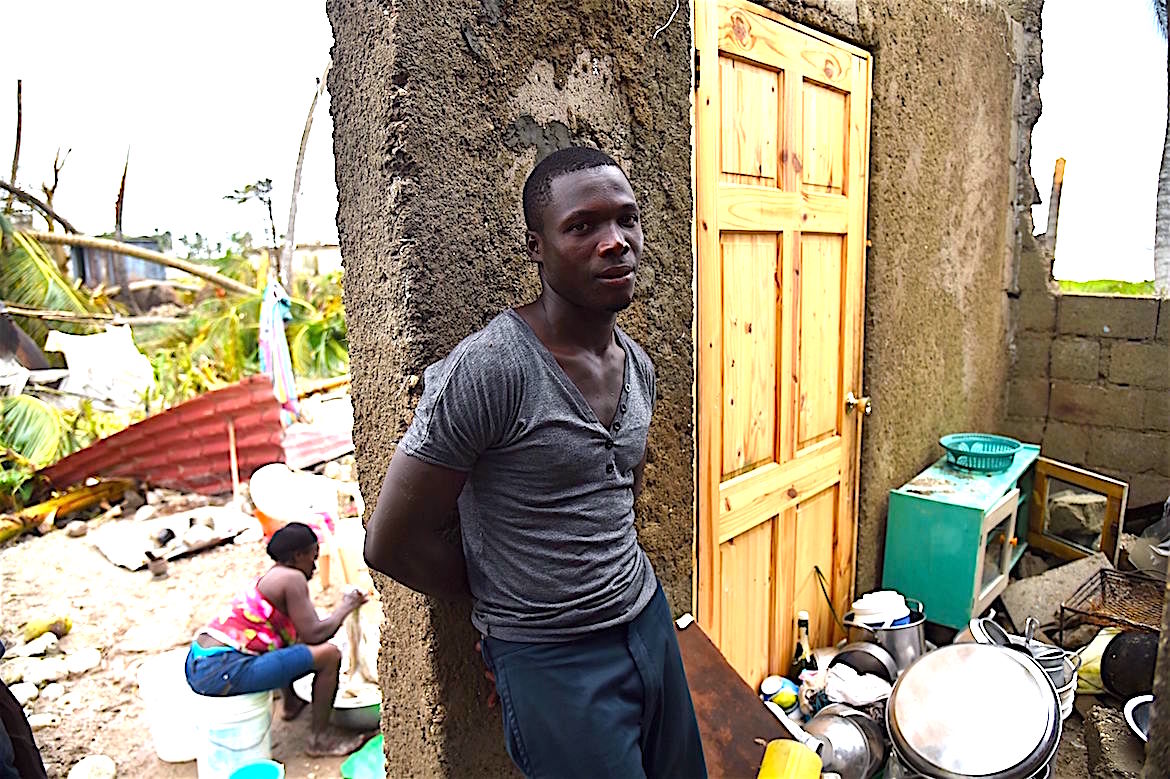 BY   Teresa Bo    PUB   Al Jazeera [perfectpullquote align=”full” cite=”” link=”” color=”” class=”” size=”14″] Aid now a priority in Caribbean nation but everyone here wants to be sure not to repeat mistakes of the past.[/perfectpullquote]
Port-au-Prince, Haiti – Again I am sitting at the airport in the capital city of this Caribbean nation, waiting to catch a helicopter to southern Haiti.

I have seen the same situation repeat itself over and over again.

The tropical storms in 2008 that left 800 people dead; the earthquake in 2010 that killed hundreds of thousands of people; periodic cholera epidemics – the list goes on.

On Friday we went to Jeremie, a city of about 30,000 people that was devastated by Hurricane Matthew.

There were no rooftops left, little food and drinking water and most crops in the area have been destroyed.

We visited the local hospital were cholera victims were piling up in a room.

People walk along a street in downtown Jeremie Haiti, Thursday October 6, 2016. Hurricane Matthew passed over Haiti on Tuesday October 4, 2016, with heavy rains and winds. While the capital Port au Prince was mostly spared from the full strength of the class 4 hurricane, the western cities of Les Cayes and Jeremie received the full force sustaining wind and water damage across wide areas. Photo Logan Abassi UN/MINUSTAH

Source: HECTOR RETAMAL / Getty
Haiti
OFFICIALLY THE REPUBLIC OF HAITI
Haiti; Haitian Creole: Ayiti [ajiti]), officially the Republic of Haiti (French: République d’Haïti; Haitian Creole: Repiblik Ayiti), is a sovereign state in the Western Hemisphere (North America). The country is located on the island of Hispaniola, in the Greater Antilles archipelago of the Caribbean. It occupies the western three-eighths of the island, which it shares with the Dominican Republic. Haiti is 27,750 square kilometres (10,714 sq mi) in size and has an estimated 10.6 million people, making it the most populous country in the Caribbean Community (CARICOM) and the second-most populous country in the Caribbean as a whole.
See Also