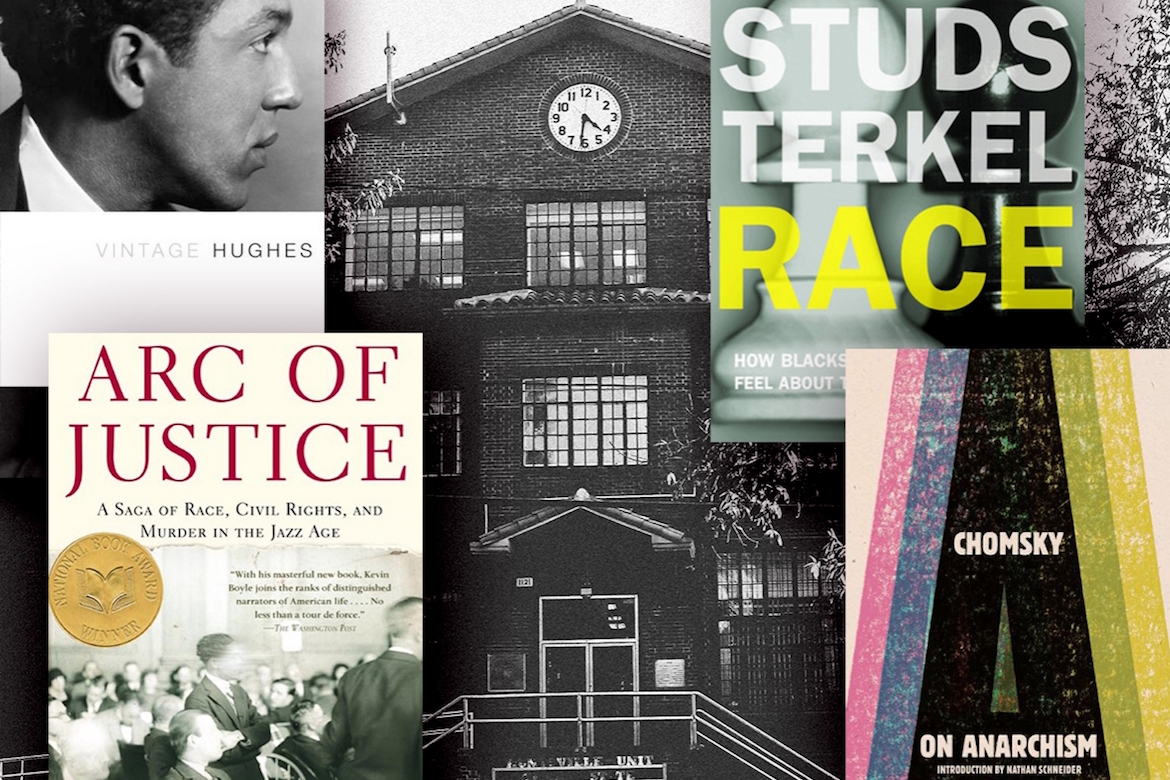 Is Anything That Trump Says About African American Communities True?

BY   Dan Slater    PUB   Slate [perfectpullquote align=”full” cite=”” link=”” color=”” class=”” size=”16″]The Texas Department of Criminal Justice’s literary censorship policy is a national disgrace.[/perfectpullquote]
Banned Book Week, which started on Sunday, reminds us that no one sets out to write a banned book. But as long as speech threatens those in power, censorship, even in a country that espouses one of the most expansive free-speech regimes in the world, remains inevitable. Given that book banning still exists, I probably should’ve known that my own book would be banned in precisely the place it originated.

Three years ago I began exchanging letters with Gabriel Cardona, a 30-year-old American who’s serving life in a Texas prison for crimes committed when he was a teen assassin for a Mexican drug cartel. During our correspondence I sent Gabriel many books. He favored histories by Candice Millard and Stephen Ambrose, such as The River of Doubt and Undaunted Courage, and cited the memoirs of Barack Obama as proof that a book really could change the world.

Novelist Richard Wright, photographed in New York City, March 21, 1945, just after publication of his autobiography, “Black Boy” a harsh and unhappy portrait of childhood outside of Natchez, Mississippi during World War I. With the publication of his novel “Native Son” in 1940, Wright was hailed by critics as the most eloquent spokesman for the black Americans. (AP Photo/Robert Kradin)

Texas Department of Criminal Justice
U.S. STATE OF TEXAS, GOVERNMENT DEPARTMENT
The Texas Department of Criminal Justice (TDCJ) is a department of the government of the U.S. state of Texas. The TDCJ is responsible for statewide criminal justice for adult offenders, including managing offenders in state prisons, state jails and private correctional facilities, funding and certain oversight of community supervision, and supervision of offenders released from prison on parole or mandatory supervision. The TDCJ operates the largest prison system in the United States.


Most of the Texas Department of Criminal Justice prisons are located in the historic cotton slavery belt around the former location of Stephen F. Austin’s colony. Counties that have housed adult correctional facilities, such as Brazoria, Fort Bend, Polk, and Walker, once had slave majority populations. Many of the largest prison farms and prison properties in the state, including Goree Unit, the Jester units, Polunsky Unit, the Ramsey units, and Wynne Unit, are located in those counties. The state of Texas began building adult prisons outside of the historic cotton belt in the 1980s.

Some units have employee housing; most employee housing was constructed prior to the TDCJ’s early to mid-1990s prison expansion. As of 2008, of the 22 units that are staffed below 80% of their employee capacities, eight (36%) of the units have officers’ quarters. As of that year the TDCJ requested for funding from the Texas Legislature for three 80-bed officers’ quarters to be built next to three prisons that the agency considers to be “critically staffed.