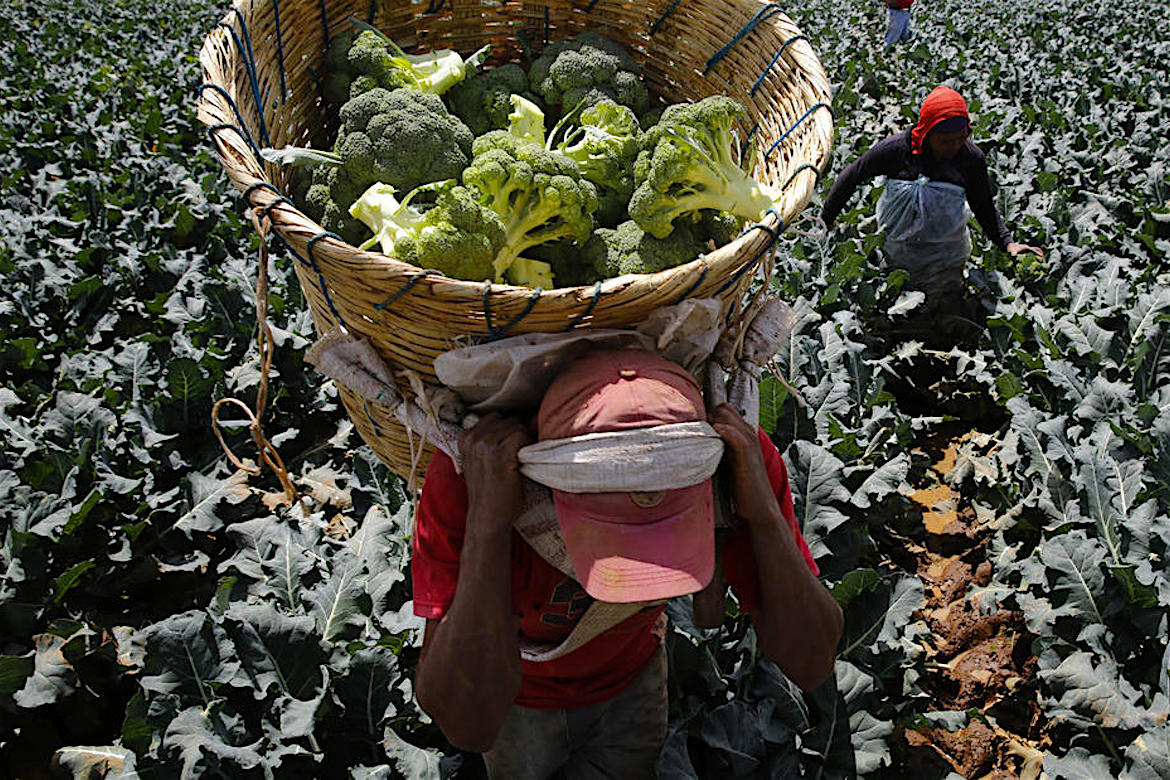 BY   David Bacon    PUB   The Nation [perfectpullquote align=”full” cite=”” link=”” color=”” class=”” size=”16″]Months of strikes and organizing in Washington led to the first U.S. farmworker union in years.[/perfectpullquote]
Burlington, WA—There is not much love lost between the owners of Sakuma Brothers Farms and Ramon Torres, the president of Familias Unidas por la Justicia. Sakuma Brothers is one of the largest berry growers in Washington state, and Familias Unidas is a grassroots union organized by the company’s workers. Torres used to work in the Sakuma fields. He was fired after the pickers went on strike in 2013.

This month, on September 12, the workers finally voted to demonstrate support for a union after years of organizing. This election is a watershed: Familias Unidas por la Justicia is the first union organized by farm workers in the United States in many years.

The balloting took place over four hours at the company office, two hours north of Seattle, surrounded by Sakuma’s blueberry fields. After all the votes had been cast, Torres and a small group of workers and supporters drove over to the polling place to watch the count. A company manager balked, however. The votes wouldn’t be tallied as long as Torres was on the property, he said.

After a lot of arguing, the workers retired to a local schoolyard, together with Richard Ahearn, former regional director of the National Labor Relations Board. There, on the tailgate of a pickup belonging to State Senator John McCoy, Ahearn counted the ballots. The result: 195 for the union, and 58 against.

Alejandrina Castillo, 12, and her brother Fidel have lunch in a chile pepper field in Teacapan, Sinaloa.

Migrant workers harvest strawberries at a farm near Oxnard, Calif. Ventura County is one of two counties where labor organizers hope to get a Bill of Rights passed to protect farm workers from abuse and wage theft.

Alejandrina and her brother Fidel endure a 14-hour drive to reach their family’s work site in Guanajuato. They and their family are among 14 laborers squeezed into a pickup.