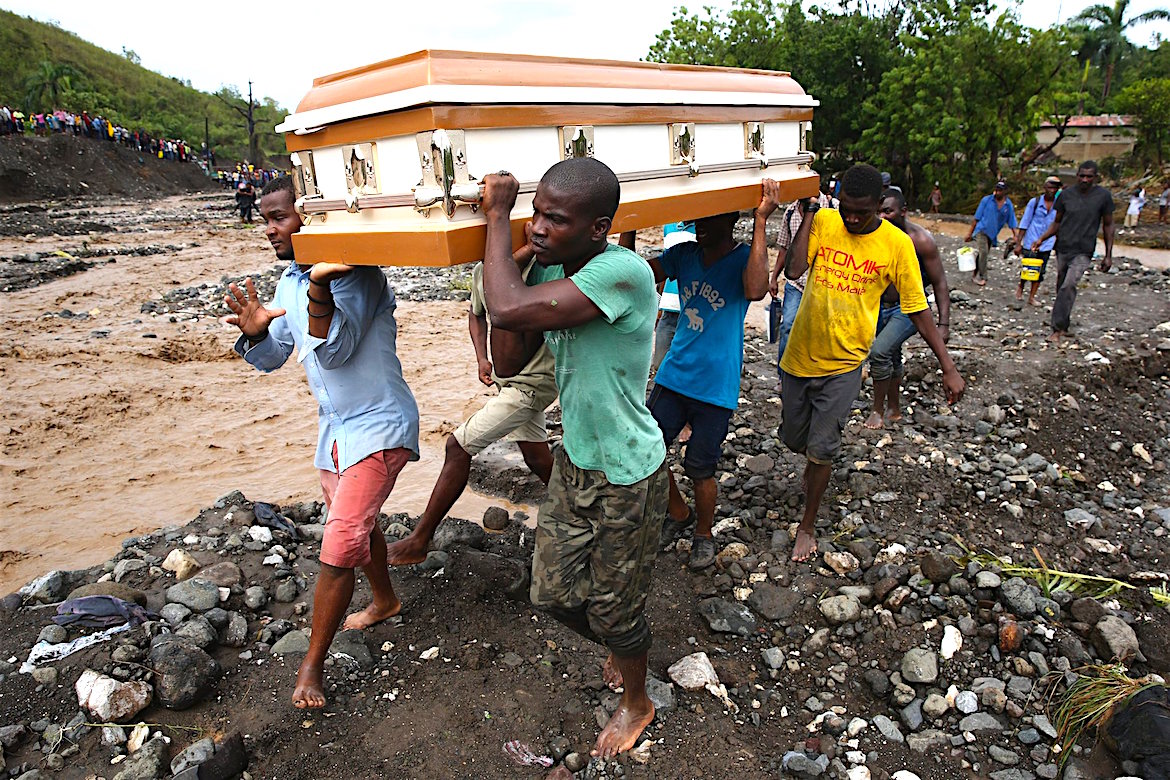 Where My Girls At?: 28+ Opportunities to See and Support the Work of Black Female Artists and Curators This Fall

BY   Azam Ahmed    PUB   The New York Times [perfectpullquote align=”full” cite=”” link=”” color=”” class=”” size=”16″]The first reports to arrive were of vast flooding and destruction, rivers of brown water pulsing through streets and homes shorn of tin roofs.[/perfectpullquote]
Eventually, the talk turned to livestock lost, a veritable fortune for those living in the poorest country in the Western Hemisphere..)

But three days after the worst storm to strike Haiti in more than 50 years, the death toll is rising, and fast. From initial estimates of five dead, the government is now saying more than 280 people have been killed in Hurricane Matthew and its aftermath, the worst natural disaster to strike the nation since the earthquake of 2010.

The storm left a broad tableau of devastation: houses pummeled into timber, crops destroyed and stretches of towns and villages under several feet of water. In the southern city of Jérémie, 80 percent of the buildings were destroyed.

The numbers of known dead soared as officials and aid workers ventured deeper into areas cut off from rescue efforts in the south, discovering more bodies interred in flooded homes and streets. Until Thursday, there had been no connection to the south of the country — neither electronic nor physical, owing to severed phone lines and collapsed bridges.

“This is a very, very partial assessment of the damage and death,” said Annick Joseph, the country’s interior minister, during a news conference earlier in the day. Among other things, he added, dead were also being discovered in the mountains of the country, where communities are more isolated.

Carriying a coffin in Petit-Goave. Credit Orlando Barria/European Pressphoto Agency
Haiti
OFFICIALLY THE REPUBLIC OF HAITI
Haiti; Haitian Creole: Ayiti [ajiti]), officially the Republic of Haiti (French: République d’Haïti; Haitian Creole: Repiblik Ayiti), is a sovereign state in the Western Hemisphere (North America). The country is located on the island of Hispaniola, in the Greater Antilles archipelago of the Caribbean. It occupies the western three-eighths of the island, which it shares with the Dominican Republic. Haiti is 27,750 square kilometres (10,714 sq mi) in size and has an estimated 10.6 million people, making it the most populous country in the Caribbean Community (CARICOM) and the second-most populous country in the Caribbean as a whole.
See Also