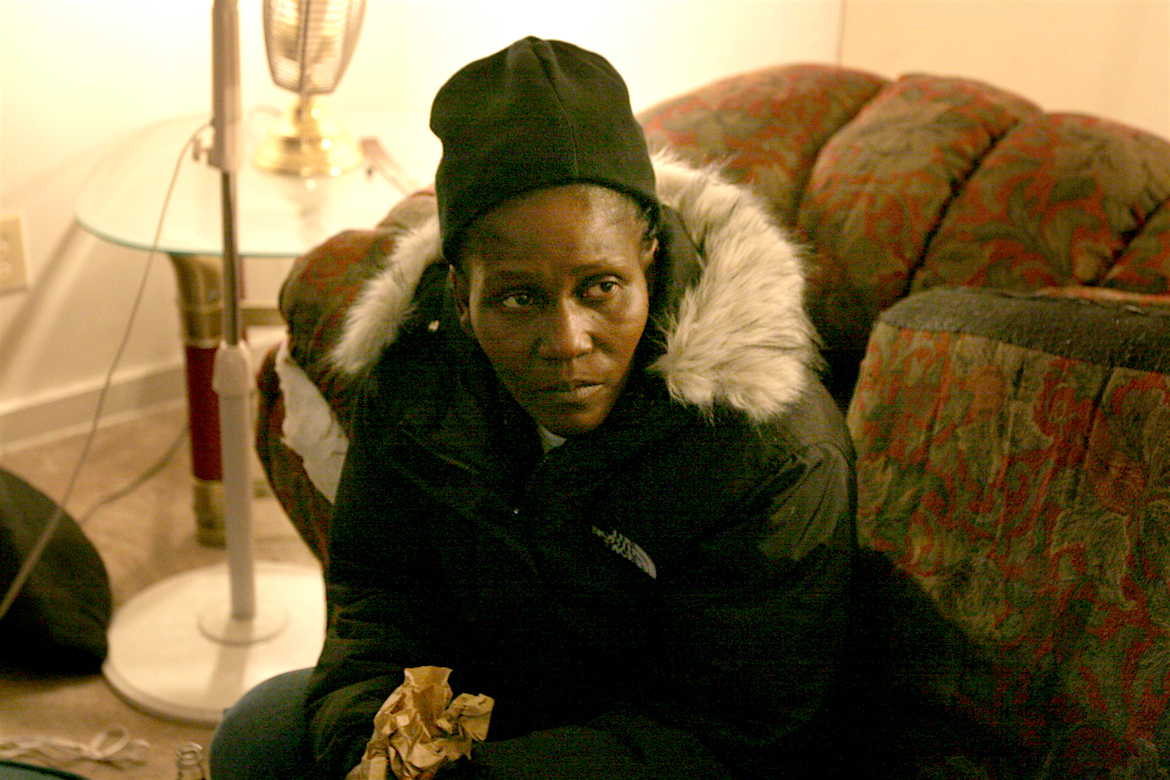 A First Look as Haiti Emerges from Hurricane Matthew

BY   Petula Dvorak
PUB   The Washington Post [perfectpullquote align=”full” cite=”” link=”” color=”” class=”” size=”16″]The fourth time around, it doesn’t get any easier to bury a son lost to gun violence.[/perfectpullquote]
Phyllis Gray is 53 and tired. Tired of the calls, tired of the funerals, tired of T-shirts with the faces of four dead sons. Tired of no justice.

She tried to lift her spirits a bit over the weekend with a new haircut, but, of course, it didn’t help.

“Justice is what I want,” she told me, leaning against the fence outside her apartment building on a leafy street in Southeast Washington, where three young boys — like hers once were — played soccer on the small lawn.

For the fourth time in her life, Gray got the news that a son had been gunned down on a D.C. street.

And as the nation’s elite — a president and a former president, billionaires, lawmakers and celebrities — gathered just a few miles away to celebrate the opening of the National Museum of African American History and Culture, Gray was stuck in a cycle all too familiar in her neighborhood.

Washington D.C
CAPITAL CITY, UNITED STATES OF AMERICA
Washington, D.C., formally the District of Columbia and commonly referred to as “Washington”, “the District”, or simply “D.C.”, is the capital of the United States. The signing of the Residence Act on July 16, 1790, approved the creation of a capital district located along the Potomac River on the country’s East Coast. The U.S. Constitution provided for a federal district under the exclusive jurisdiction of the Congress and the District is therefore not a part of any state.
See Also

The states of Maryland and Virginia each donated land to form the federal district, which included the pre-existing settlements of Georgetown and Alexandria. Named in honor of President George Washington, the City of Washington was founded in 1791 to serve as the new national capital. In 1846, Congress returned the land originally ceded by Virginia; in 1871, it created a single municipal government for the remaining portion of the District.

Washington had an estimated population of 672,228 as of July 2015. Commuters from the surrounding Maryland and Virginia suburbs raise the city’s population to more than one million during the workweek. The Washington metropolitan area, of which the District is a part, has a population of over 6 million, the sixth-largest metropolitan statistical area in the country.